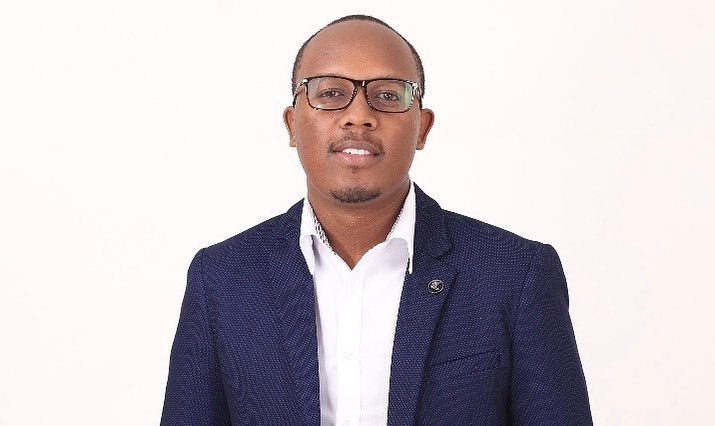 Abel Mutua is best known as a Screenwriter. Actor, screenwriter, and producer who is the co-founder and owner of Phil-lit Productions, a production company focused on creating local, Kenyan content. They have created hit shows such as Real House helps of Kawangware and Sue na Jonnie.

Abel Mutua first garnered national attention for his role as Freddie on Tahidi High, a high-school drama show which he went on to write for. He was born on August 28, 1986, in Kenya. Sarah Hassan was one of his costars on Tahidi High. Abel Mutua graduated from the Kenya Institute of Mass Communication in 2005 with a film production degree majoring in-camera technique. Abel Mutua then undertook an internship at Citizen TV in 2007.

Away from work, Abel Mutua is a family man who admits to loving his wife very much because she has been with him through the ups and downs of life. They are blessed with a beautiful baby daughter who he says is the pride of his life.

With a production company that creates and produces local shows under his leadership, Abel Mutua’s breakthrough into the Kenyan showbiz industry happened during his days as an actor in Tahidi High. It was in this local production that his role as Freddie saw him grab the audience’s attention and amass fans from across the country.

Rebellious and always in trouble, Freddie executed his role with precision and prowess for years. It was during this time that he learned and mastered the art of acting and experienced what it was like to be on set.

He had auditioned for the role, alongside soon-to-be household characters, the likes of OJ, Tanya, and Shish, who were his castmates but have since moved on to different ventures and platforms across Kenyan showbiz.

“Tahidi High was a great learning experience, but I had to be a good student, learn the ropes and move on,” he recalls.

As the script would have it, the Tahidi High cast needed to keep changing with each ‘class’ graduating, and after his ‘student’ years were done, Abel turned to his more comic side to remain relevant. 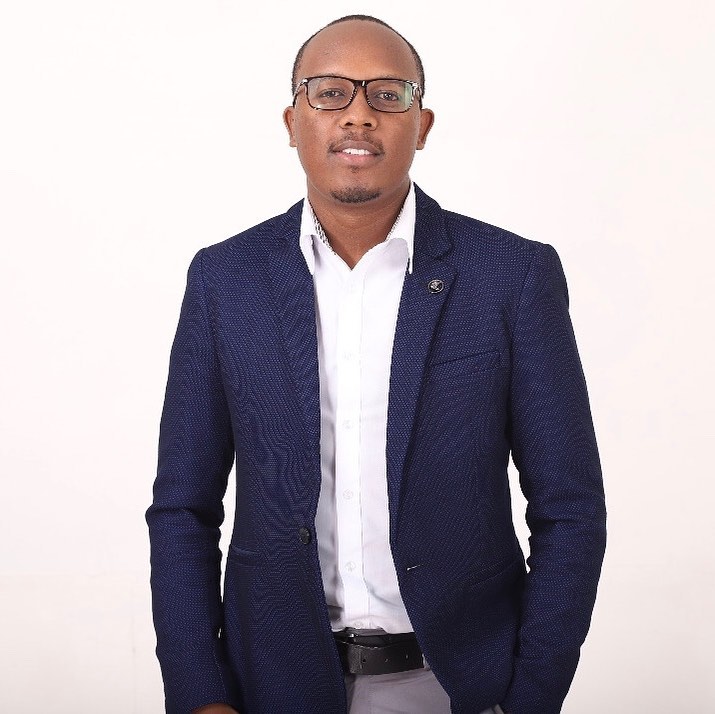 Abel is best known for his creative work on Real House helps of Kawangware and Hapa Kule News. He takes Hustle through the journey from his very first gig on Tahidi High to his current show, Sue na Jonnie.

What’s your role been in the TV industry?

I’m a content developer – I create and script shows. While the industry has grown, it still isn’t the most obvious career choice for a young person. What made you pursue it? When I was 11, I was living in a two-bedroomed house in Kibera with my mother, step-dad, and six siblings.

Our block of flats was owned by a news personality who worked in the presidential press office. One day he showed up to collect rent driving a white Mercedes Benz E-Class W124. When he walked away from the car, I rushed over to it. He came back to find me peering through his windows. I asked him what he did for a living and whether if I did the same job he was doing, I’d be able to buy a car like his. He said yes, as long as I worked hard and didn’t give up. From that moment, television became my dream. Thirteen years later, in 2010, I bought that exact model of car from the money I had made from television.

When did your actual television journey begin?

In 2005. I was a student at the Kenya Institute of Mass Communication, and then I got an internship at Citizen TV in 2007. At the time, Tahidi High was airing. In 2009, I joined their writing team.

What’s the general pay for a script?

That sounds tasking. How did you keep from burning out?

It was a challenge. All good creatives draw content and inspiration from their own experiences or things they have seen and heard. But to bring it to life, you have to write from your soul and that can take a toll on a person. After four years of constant writing and acting, I collapsed in the bathroom one evening from sheer exhaustion and I knew it was time to take a break. I’d overexerted myself. I felt I had nothing left to give so I quit my job, which some thought was very stupid and some thought was very brave.

Which one did it turn out to be – brave or stupid?

I landed on my feet as I got a role as a brand ambassador for a politician who was running for president. It paid well, but after a year of being out of the creative scene, I was itching to get back.

As fate would have it, a new show called Hapa Kule News was being produced by Protel Studios. They approached me to join the cast and crew. This was the first project my business partner, Philip, and I worked on together. I wrote and acted on the show and he directed it.

Hapa Kule News had scenes that went viral. Which were you proudest of?

It would have to be a spoof we did on a movie titled Downfall. It was a story about World War II. There was this scene where Adolf Hitler went on a tirade because he was annoyed at the reports his generals were giving him. I thought the scene was brilliant. At the time, a Kenyan socialite was trending after she declared how much she spent on her hair, nails, make-up, etc. We altered the movie scene so that instead of Hitler cussing out his generals about the war, he was screaming at them about how, while this socialite could afford an exorbitant weave, his armed forces couldn’t even meet their basic budget. At some point, he ordered all generals whose wives had weaves to leave the room. Scripting that parody was a lot of fun.

Did you ever get in trouble for your parodies?

Oh, yes. We did one on an institution that was getting bad press after an incriminating story broke. Not many people got to see that one because we decided to pull it down. Sometimes that happens in the creative world – it’s about pushing the boundaries, but this is also where true genius comes from. For instance, the Real House helps of Kawangware was born out of a parody. We got over half a million hits on YouTube. The broadcaster called us in and asked if we could turn it into a show. We ended up doing 104 episodes of the show before we stepped down in 2015.

What made you step down?

We wanted to branch out and make our brand, start our own company. We launched Phil-lit Productions in 2015, but the transition was not easy. I went from earning more than Sh200,000 a month to zero the year after I quit. I was blessed with an understanding wife who tided us over those difficult times. Even at my worst moments, she kept the faith, convinced the decision to start Phil-lit would yield fruit.

How did you get out of the dry spell?

We received a call from Maisha Magic, which was in the process of creating a new series with the former Vioja Mahakamani cast. They wanted something slightly more scripted that the traditional show. We got commissioned to do 39 episodes. The show was later recommissioned for 52 episodes.

How does a commission work?

Typically, the broadcaster gives you a blanket fee per episode. In our case, it was Sh490,000. The producer then has to hand in an agreed number of complete episodes by an agreed time.

How lucrative is this kind of arrangement as opposed to just being paid to write?

It can be lucrative, but you need to know what you’re doing. When we produced the first 39 episodes of our show, Sue na Jonnie, we went at a loss of more than Sh2 million because we overshot the budget. In the end, we had to take a loan to pay off the cast and crew. That was a painful lesson to learn, but we came out of it. Sue na Jonnie has been recommissioned for another 78 episodes. This time around, we are more careful about how we are allocating the funds.

Is it possible for independent Kenyan production companies to pull in a profit?

Absolutely. Many have done it. Our biggest challenge has been distribution; the fewer channels of distribution that exist for us, the less revenue we make. Yet, there are so many Kenyans looking for local content, even Kenyans abroad. With video-on-demand and online access, distribution is improving, but we have a long way to go. One of our visions as Phil-lit is to increase and improve distribution channels in the country.