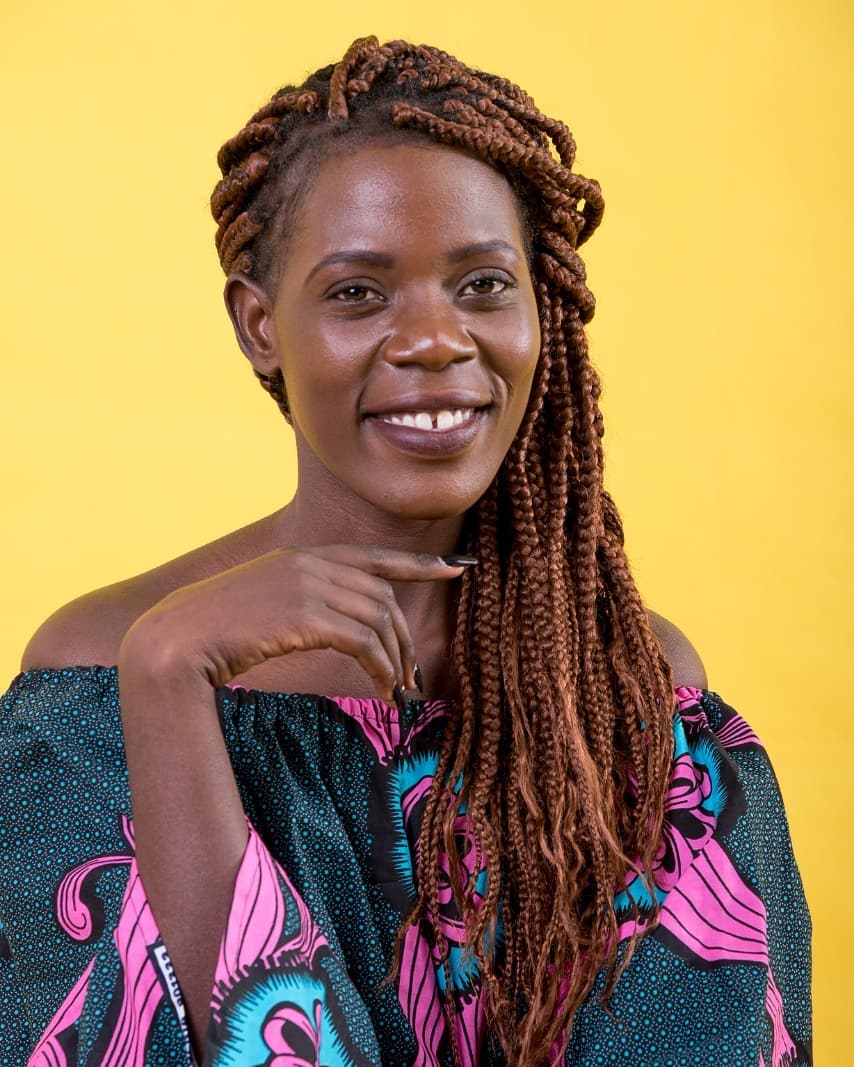 Adhis Jojo Biography. Veteran comedian and Chairman of Laugh Industry Daniel Ndambuki, famously known as Churchill, has revolutionized comedy in Kenya. Apart from bringing laughter into our living rooms every Thursday and Sunday, the Churchill Show has transformed the lives of many comedians and created employments to many directly and indirectly. And the new sensation on Churchill Show is the fast Adhis Jojo. The real name is Joan Adhiambo. Known by many for her Luo accent, her jokes have drawn an enormous following.

Joan was born and raised in the Kwoyo area, Homa Bay county. In a family of five, the comedienne is the second born. Adhis and her siblings were raised by a single mother who is a primary school teacher. She told Daily Nation of how her family is taking her new celebrity status:

“My family is happy. They are telling me to keep up the spirit. My friends are also supporting me,” Adhis told the publication.

The comedienne is a fourth-year Journalism student at Moi University. Adhis took a break from her study to chase a dream of becoming comedienne in a male-dominated field.

Ndambuki has an open policy for any comedian who has talent. If you good you good. Before her debut on the big stage, the stand-up act had tried for at least one year to impress the judges. Churchill singled her out during a live recording of the show in Ruiru:

One of her best shows was in Ruiru, where she mentioned some politicians in her jokes.

Among them were Gatundu MP Moses Kuria and Nominated Senator Isaac Mwaura, who offered her cash during the show. “I was so excited about the Ruiru show; the love that came with that show,” she said.

“Adhis has wanted to come to Churchill Show for three years. For one year, she has been trying to audition, and she kept on being told, ‘Keep cooking.’ In fact, this is her third time standing on stage,” the visibly proud Churchill said.

Adhis says she did not just wake up one and decide to join comedy. It has taken her three years to feature in the comedy show. “Sometimes, I would come from Eldoret to Nairobi for auditions and still not make it,” she told Word Is.

It was her friends in Eldoret, where she was studying journalism, who convinced her to audition for Churchill Show.

Just like most comedians before her, Adhis Jojo struggled to earn a coveted spot on the popular comedy show. This was made even harder by the fact that she was based in Eldoret as a journalism student and had to travel to Nairobi for auditions continually.

“Sometimes, I would come from Eldoret to Nairobi for auditions and still not make it. Sometimes I would lack transport but still come for the auditions. I came to try, but I thank God finally they have taken me in after three years,” she said.

“Sometimes, I would spend all my money on transport and would starve, but now that I am in it, I want just to make good comedy.” 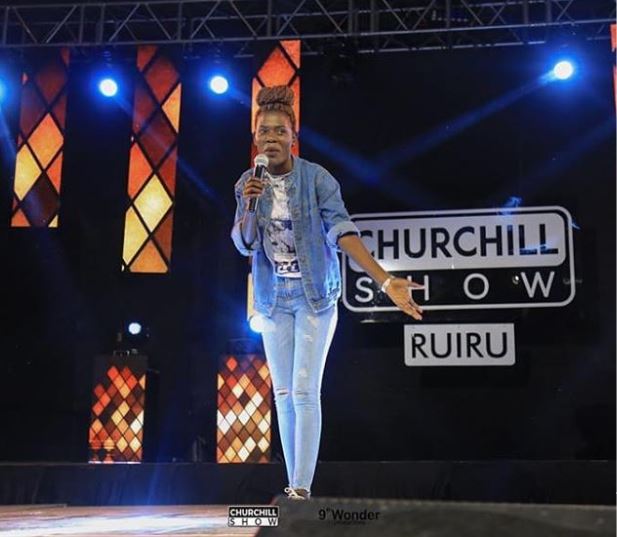 The Homa-bay born comedienne said one of her best shows was in Ruiru, where she mentioned Gatundu MP Moses Kuria and Nominated Senator Isaac Mwaura in her jokes. The politicians offered her cash during the show.

Speaking about how her family’s support, Adhis said, “My family is happy. They are telling me to keep up the spirit. My mother was not surprised, and she is supportive, although at first she was worried that comedians end up single.”

Her message to veteran comedian and Chairman of Laugh Industry Daniel ‘Churchill’ Ndambuki is: “I appreciate the fact that he is supporting people to come out and be known for their talent and I am so proud of him.”

Last but not least, Adhis advises young people that, “If you really want something, go for it and love it. I wanted to be what I am now. I was aggressive, and that helped me.”

How much is she paid on the show

The comedienne earns an estimated Ksh. 5,000 to Ksh.10,000 per episode on the Churchill show. Pay aside, appearing on the show affords comedians visibility and a very high possibility of attracting corporates to seek their services to endorse new products and jobs from media houses.

How to Get CRB Clearance Certificate in Kenya

How To Send Money From Mpesa To Sidian Bank Account