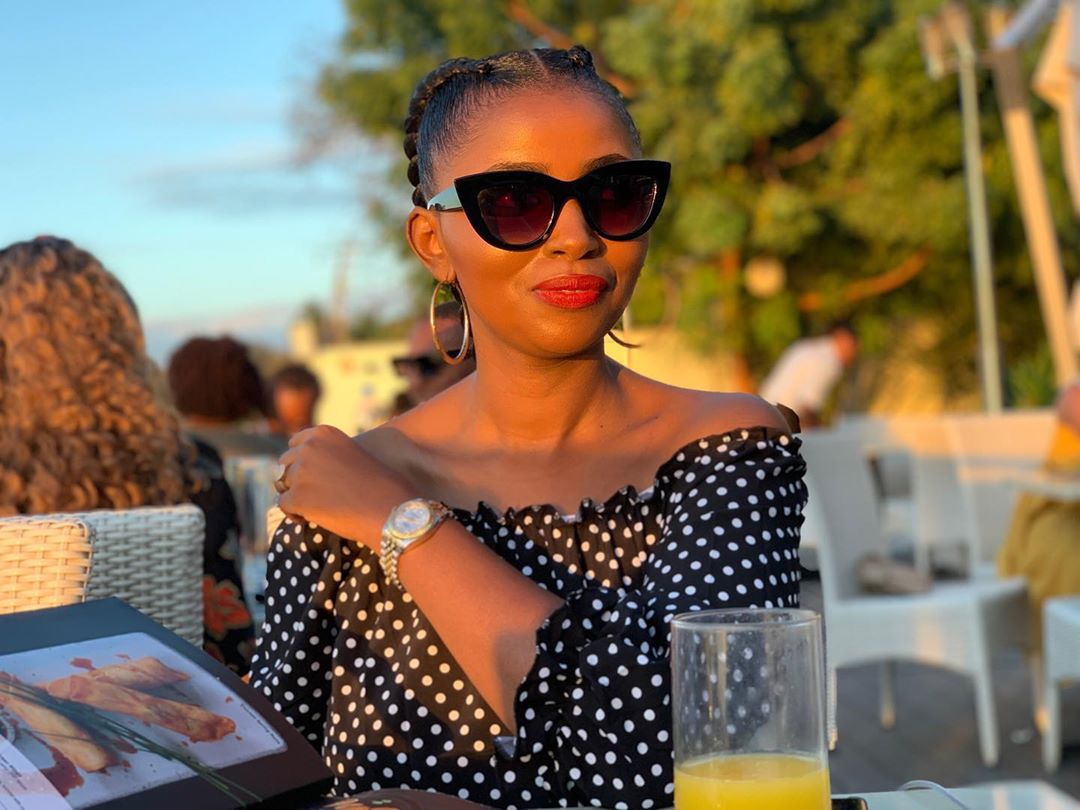 Anerlisa Muigai is a Kenyan entrepreneur, the founder and Chief Executive Officer of NERO- a company that produces Executive drinking mineral water. She is the daughter of Keroche Breweries CEO, Tabitha Karanja.

Keroche Breweries heiress, Anerlisa Muigai is without a doubt one of the wealthiest, most beautiful and successful entrepreneurs in Kenya. She has been killing it not only in fashion but also in business. Her accomplishments which she has achieved so early prove that one is never too young to make big moves.

What makes Anerlisa Muigai the perfect example of inspiring women who are both stunning and smart at the same time is that she did not focus entirely on her family’s riches. Instead, she launched her own company, Nero Limited, which manufacturers’ premium drinking water. This makes us wonder, what is her secret to becoming a CEO at a young age?

Born in 1988, Anerlisa Muigai is the eldest daughter of Keroche Breweries’ founder and owner, Tabitha Muigai Karanja. Her father Joseph Karanja who tends to keep a low profile is also the co-founder and chairman of Keroche Breweries. Despite not being a fan of the spotlight like his daughter, fans were able to catch a glimpse of the dad when Anerlisa posted a picture on her social media congratulating him for turning 70 years old. According to the Nero CEO, her father was a charcoal burner, and Keroche Breweries was started when he was 50 years old. Other not so famous Anerlisa siblings include Edward, James and Tecra Muigai Karanja.

Anerlisa was introduced to the world of business at a very young age, and following her parent’s footsteps, she started Nero Company Limited which manufactures and distributes premium bottled water such as Executive Still Water and Life Still Water. Her company has become such a success that she was among the three Kenyans nominated for the Female Entrepreneur of the Year 2018. In this event which was organized by Bizna, the Nero boss took the runners up position for the Young Entrepreneurs Award.

The Nero boss has had her fair share of relationship drama. Her first public relationship was with Ian Mugoya who is a former Straight Up host. When the relationship ended, she went on to date Stephen Kungu and even posted a photo where she referred to him as SK.

However, it was her relationship with Don Mbugua popularly known as DK that had tongues wagging. Rumors on the internet were that Don was a married man who was cheating on his wife with Anerlisa. When Keroche heiress was confronted on social media by a woman claiming to be Don’s wife, she asked the lady to produce a marriage certificate. After the relationship ended, the curvy entrepreneur deleted all his photos.

Most of us have gone through romantic bumps and pitfalls, and the Nero company founder is no different. While she may have had a rich dating history, it looks like cupid finally got it right. Anerlisa Muigai and Ben Pol’s relationship have made us brace for wedding bells sooner than we anticipated. A few months after the romance became public, Benard Michael Paul Mnyang’anga popularly known in the music industry as Ben Pol was introduced to Anerlisa’s family.

Before the lovebirds openly declared their love for each other, they denied being romantic linked. Instead, they claimed they were business partners since the Keroche CEO’s daughter was collaborating with Ben Pol to help market her water company in clubs.

The relationship blossomed such that Nero Water Company CEO posted photos on her social media on what looked like an introduction ceremony. This goes to show that her parents approve of the Bongo star. Their love continued to grow, and Ben Pol finally popped the question on a beach while on holiday and the heir of Keroche Breweries said yes. The lovebirds took to social media to confirm the engagement and Anerlisa is not shy of showing off her expensive engagement ring.

It is no secret that Anerlisa is a successful businesswoman and heir to Keroche Breweries which means that her net worth is likely to be millions of dollars. Despite coming from a wealthy family and being successful at a young age, she has earned her money by working hard, so it is only fair that she gets the finest things in life.

Apart from fancy outfits and going to expensive holiday destinations, the one thing that the Nero CEO loves to spend money on is luxurious cars. The beautiful lass is known to drive expensive cars such as Range Rover, and Mercedes Benz S Class. That’s not all; the gorgeous lady pays almost KSh 200,000 for salon services and when she lost weight her mother, Tabitha Muigai gifted her a handbag that is estimated to cost around KSh 2.5 million. 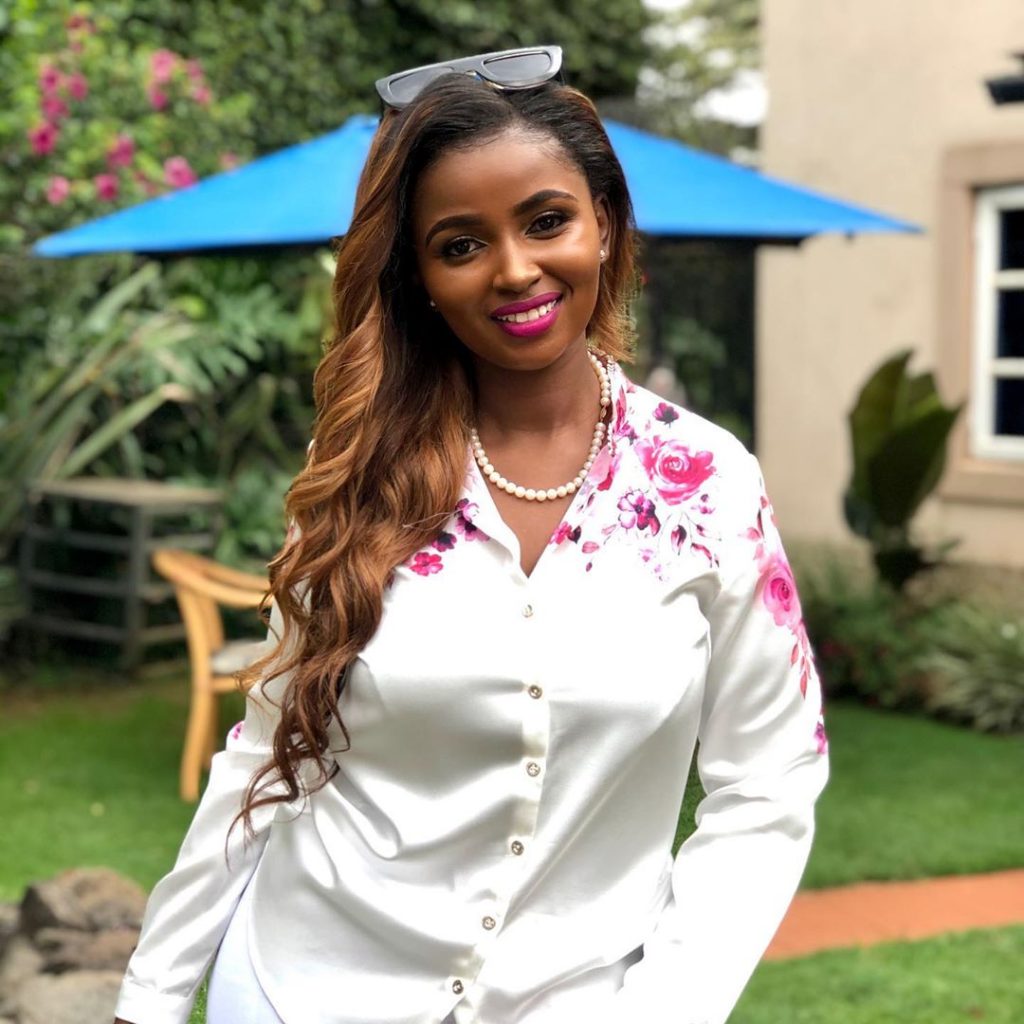 Anerlisa Muigai had an eating disorder that made her weigh 124kgs. After that weight gain, he wanted to shed some weight and that she did and she decided to share her method of weight loss This is what she posted.

“Have you ever reached that point in your life where everyone thinks you have everything but deep down you feel you have nothing? Well, that’s how I felt last year when I was 124kgs. My world had crashed, I didn’t look forward to the next day, I had only 3 clothes that fit my size 24 body, I completely stopped loving myself, simple things like hair and nails were a mission to do. I hated everything around me, I also hated anyone who commented about my weight, just ate like a pig, to be honest. What even hurt most was seeing screen munches of people discussing about my weight and making fun of it. My family worried about me especially my mother who used to look straight into my eyes with her teary eyes begging me to lose weight. I avoided family functions because I didn’t like any comments about what I ate.

Yes, I had an eating disorder that grew over the years. I just “yo-yoed” with my weight. I guess even the reason for my stress was my battle with weight over the years. Everything seemed perfect but deep inside I saw nothing. So many things kept going through my head until one morning I woke up from my sleep, I remember my heart pumping so fast and felt like I was running out of breath, I started crying so hard but that’s when my life turned around and thought ONLY ME could change me. I also thought I had a brand Executive still water that needed my undivided attention.

On 4th Jan 2016, I decided to turn my life around by changing what I ate, started by jogging a little, step by step, day by day I made progress and that motivated me. I honestly could say so much about my struggle but today I want to thank Godia Daniel and Justin Wallis for being the biggest support system throughout my weight loss journey. You guys have taken so much bs from me but I thank you for being the best trainers ever and for been patient, you taught me that I don’t have to be great to start but I have to start to be great…

For those struggling with weight problems, I want to assure you that it is possible and it can be done if you set your mind into it. Nobody is perfect. Always remember what you eat in private, shows in public, lastly know that every day isn’t gonna be perfect, but each day you are learning, you’re growing and continue chasing the better you. Start today not tomorrow. Have a successful week and start making changes, it doesn’t have to be weight-related.

‘’Good morning, thank you for all your kind comments. I am humbled… I thought I try to answer some of your questions that most of you would like to know.

EXERCISE:- First 2 months I did 1 hr of not so intense exercise which involved walking, pilates and yoga with Godia.

The 4 months that followed I did 2 hours of serious training with an ex-military trainer. This is where I lost most of my weight (30kgs). Alternatively, there are boot camp classes in Arboretum with Imu@fkb_camp

My training till now has been one hour every day of cardio and toning up with@godiadaniel.
DIET:- I have completely cut down on sugar, I cook with olive or canola oil. I prefer steamed, boiled or grilled very lean food especially meat. I also measure my carbohydrates with a tablespoon, I only have 2 servings 3 times a week, I prefer wild rice (get from zucchini). I also take lots of of#executivestillwater. 5 liters a day. I prefer lots of proteins like beans since they keep you full for longer. Lots of sukuma wiki (kales) and spinach too are lovely for vitamins.

HUNGER:- If you exercise and see the results and also remember where you have come from, trust me the last thing in your mind is food. It’s all in the mind.

BODY:- My arms are still the hardest to lose, working towards toning them to avoid loose skin.
My stomach -: Was the first to go because even when I was big it was the last to add, still have a bit to work on.
Stretchmarks:- there are so many treatments to get rid of them, laser happens to be the one I prefer.

I hope with the above, I have answered most of your questions and I also hope that you will start making changes. Surround yourself with people with the same goals.

Motivate yourself with what eats you most, for me all the mean things I heard people discussing about my obese body, motivated me to work harder. Success is the best revenge but remembers you are doing this for yourself and your health. Have a great day, God blessings.’’ She posted