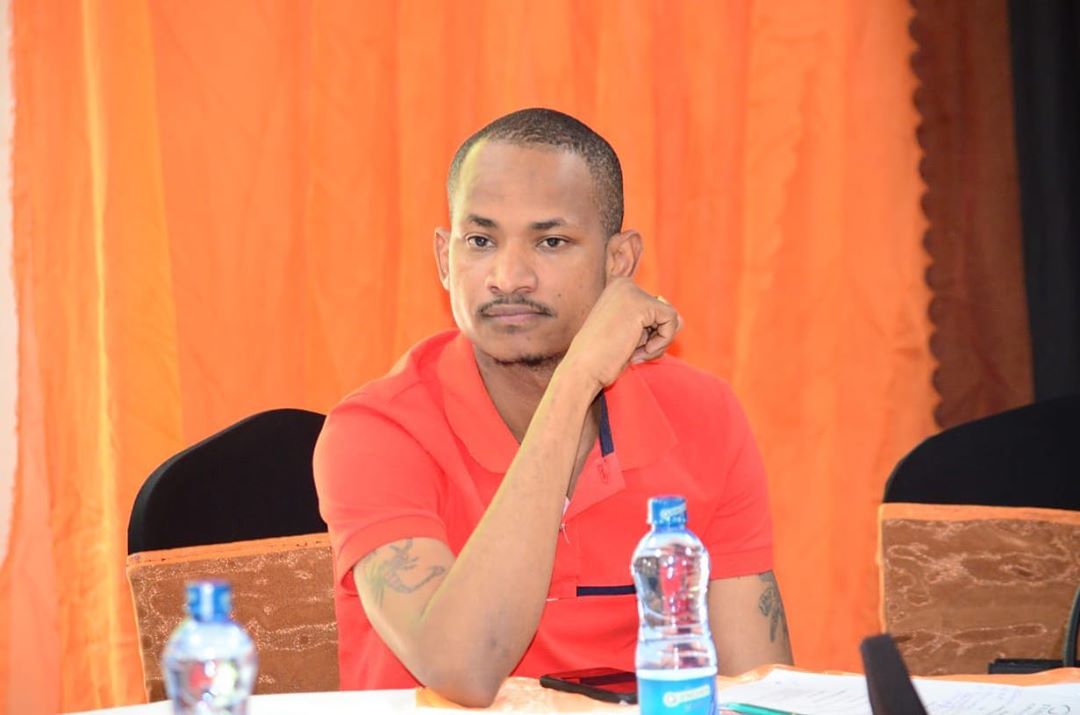 Babu Owino was born Paul Ongili in Nyalenda, a Slum area in Kisumu. Babu is a nickname that he acquired and it stuck with him ever since. Babu is a former chairman of the University of Nairobi’s Students Organization of Nairobi University or SONU and a staunch Muslim. Babu Owino’s parents were not wealthy; his mother was a chang’aa (local brew) seller and not much is known of his father because he passed away when Babu was young.

Paul Ongili or Babu Owino as popularly known, was one of the most famous people in the University of Nairobi. Joining active politics has only seen his fame soar especially considering Babu is an outspoken and highly influential personality.

There are two Babu Owino siblings, both are older than the Embaksai East MP.

Babu Owino went to Kisumu Township Primary School between 1995 and 2002 and obtained 394/500 marks in his KCPE exams. The politician was destined to join Mang’u High Schools, then one of the best schools in the country, but Babu Owino’s mother did not have the finances to make this dream come true. However, he was able to join Kisumu Boys through a sponsorship program that helped settle his school fees.

In 2005, Babu sat for his KCSE exams and attained an A-. He was to join Moi University at first, but there weren’t enough funds to put him through his campus. At the time, he had an uncle who was a farmer and Babu took an interest in farming to make his own money. After two years of large scale vegetable farming, Babu had saved enough to join any University he wished.

Babu had also been called to join Egerton University but opted to pursue a diploma course at Millennium Academy for two years. Thereafter, he got a partial scholarship to study actuarial science in the United Kingdom. However, Babu Owino’s family had to raise at least 30% of the entire cost required to enable him to take the course. Since the money was not available, Babu started looking at his available options.

The politician joined the University of Nairobi in 2008 through the parallel program. He studied Actuarial Science, scoring First Class Honors in 2012. He went back to the University for a Second Degree; this time, majoring in law. Babu says his passion for mathematics motivated him to study actuarial science. The Embakasi East MP believes law and politics are a good combination. That is why he enrolled in Law immediately after graduating with his first degree. Babu plans to put up an actuarial firm in the future to contribute to the creation of employment opportunities. 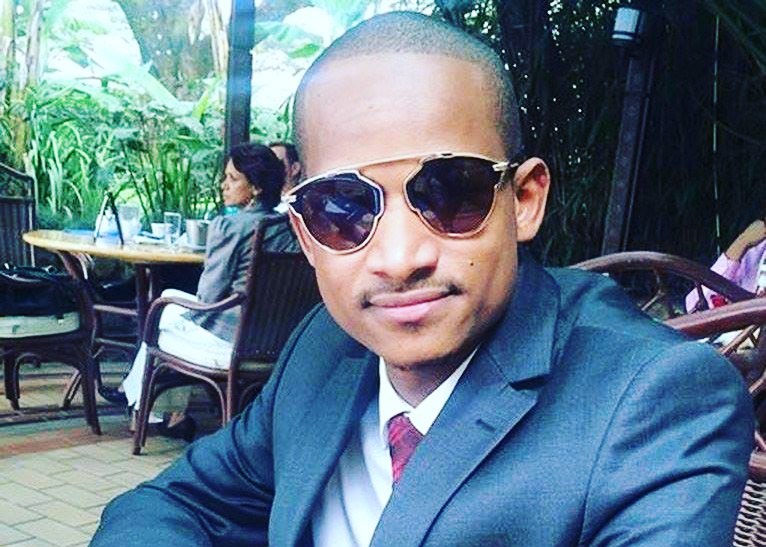 Babu Owino’s first crack at politics came in the 2011/2012 academic year at the University of Nairobi. He vied for and won the seat for Chairman of the Student Organization of Nairobi University or SONU. His motivation was to help fellow students overcome the challenges they were facing.

Babu went on to retain the SONU chairman seat for four consecutive years. He is the longest-serving student in such a body in Kenya.

Babu began his political journey in 2013 when he vied for the Westlands Constituency Member of Parliament seat. However, he lost to Timothy Wanyonyi.

He then came back five years later, this time eyeing the Embakasi East Member of Parliament seat, which he won despite a court ruling that had initially nullified his win. Babu overturned this decision by the High Court when he sought and won an appeal at the Court of Appeal.

As expected, Babu Owino’s speeches are full of humor and to some extent, vulgar words that might be off-putting to some Kenyans. However, the controversial politician claims that these terms are used by many people in society. In truth, the current generation is not fazed by big words like our parents are; instead, they have taken this change in stride. Babu Owino’s most controversial speech came when he was running for the SONU chair seat. Babu also gave an emphatic speech after his election was upheld by the Court of Appeal. Speaking to various media houses outside the court, Babu thanked God, then his family for the moral support they offered during the case before thanking his constituents as well as fellow Kenyans. He also encouraged his rivals to join his movement and help improve the livelihood of the people they are tasked to serve.

Babu Owino was born from a humble background with two older siblings and pushed his way up the food chain to achieve greater success.

Babu Owino is married to his beautiful wife, Frida Muthoni. The two formalized their relationship after three years of dating and together they are blessed with two children, one son, and one daughter.

‘I am a husband to Fridah Owino with whom we have a one-and half-year-old daughter. I met her seven years ago on campus while pursuing a degree in Actuarial Science. She was studying for her Bachelor of Economics degree. It was love at first sight. I saw her and knew she was the one. She is beautiful, intelligent and I knew I had to get her.’ ‘After three years of dating, I finally made our relationship official in a small ceremony that included family members and friends. I love and respect her a lot,’ he added.

According to our reliable source, an MP in Kenya earn a monthly basic taxable salary of Kshs. 532,500 and a number of allowances, meaning each member get an average minimum gross salary of Ksh1,378, 000. The allowances include mileage, sitting and responsibility perks.

During the 2017 general elections, Babu Owino and Nairobi Women’s Representative Esther Passaris were pictured almost always together. There are even photos that captured them very close to each other. However, Babu maintains that the two have a professional relationship and were simply discussing the way forward for Kenyans.

Many people forget that despite his young age, Babu is a married man. When approached for a comment, Ester was having none of it and told the journalists following up on the story to ‘write whatever the heck they want.’ Seems some time is needed for some people to get their heads out of the gutter.

When asked about his source of wealth, Babu Owino jokingly said that most of it came from Libya’s former president, Muammar Al Gaddafi. However, he was also quick to point out that since the death of the Libyan president, he has been financially orphaned.

In an interview that sought to settle speculation regarding the source of his wealth, which was shown during his campaigns, Babu addressed the Gaddafi rumors.

He said, ‘My campaigns back then were financed by the slain Libyan statesman, Colonel Muammar Gaddafi among other well-wishers. Long ago, Libya’s late president, Muammar Gaddafi used to be my best friend, and he used to finance me. When he passed on, I was left a financial orphan and decided to look for other international friends.’ ‘However, I will not disclose who is currently financing me now that my sponsor was killed in 2011. The problem is, whenever I disclose them they are killed – just like what they did to Gaddafi,’ the Embakasi East MP adds.

MP Babu Owino will be charged with attempted murder, the Director of Criminal Investigations (DCI) George Kinoti has said.

This comes after the legislator allegedly shot and injured a DJ at a popular night club in Kilimani, Nairobi, in the early hours of Friday morning January 17, 2020.

“We will charge him with attempted murder. It is apparent that he wanted to kill the man,” Mr. Kinoti said.

Police Friday morning arrested the stormy Orange Democratic Movement lawmaker over the 4 am shooting incident at B Club on Galana Road.

A police report seen by The Nation states that the MP drew his pistol and opened fire on the DJ, identified as Felix Orinda, after a heated exchange.

“He drew his pistol and shot the DJ in the neck. The victim was rushed to Nairobi Hospital in serious condition by the management of the club,” the report said in part.

The Directorate of Criminal Investigations on Friday, January 17 confirmed recovering a gun that was suspected to have been used by Embakasi MP Babu Owino to shoot a DJ in a popular club in Kilimani, Nairobi.

In a tweet, the detectives indicated that nine rounds of ammunition were recovered with one cartridge that had already been used.

“Detectives have managed to recover the firearm that is suspected to have been used by Hon. Babu Owino at the B Club shooting incident. Nine rounds of ammunition and a spent cartridge have also been recovered and placed as exhibit awaiting analysis by ballistic experts,” read the tweet.

Mr Owino was driven to Kilimani Police Station, where he was being held by the time of going to press.

The young, controversial legislator is not new to drama, having courted it since his days as a student.

Ever since his days as a student leader at the University of Nairobi, Mr. Owino has been in police’s bad books.

In early 2018, he was arrested by Flying Squad officers outside Parliament Buildings for allegedly assaulting a parking attendant in Westlands.

A few days later, Mr. Owino posted on his social media pages that former Prime Minister Raila will be president “by ballot or bullet”.

He had also previously been summoned over allegations that he threatened IEBC Chairman Wafula Chebukati with removal from office if ODM lost the Kibra Constituency by-election.

Earlier in October 2017, he engaged in a fistfight with his Starehe counterpart Charles Njagua at Parliament Buildings.

The two later apologized and were allowed back into the chambers. 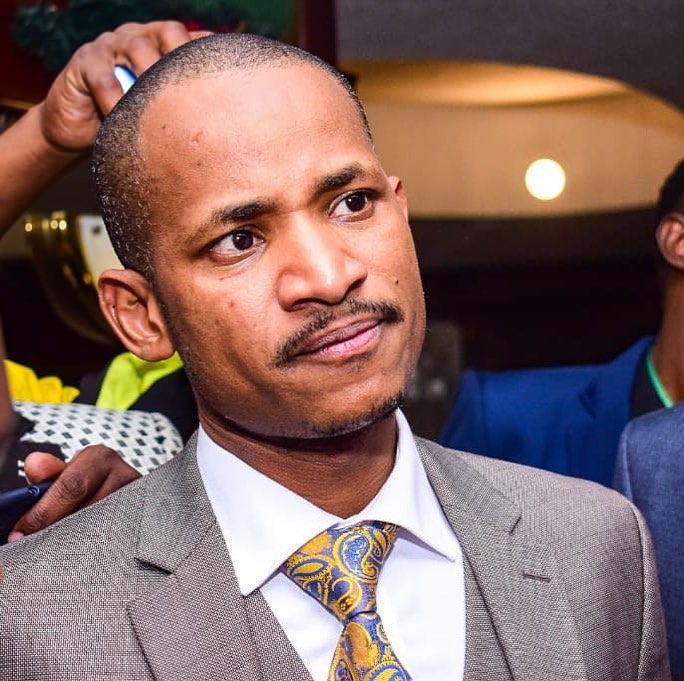 Media and Journalism Colleges in Kenya

Boma Yangu, How to Register and Apply for Affordable Housing