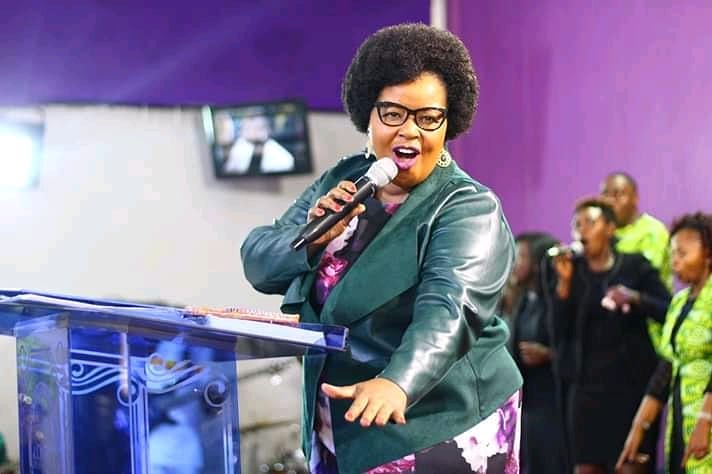 Bishop Margaret Wanjiru is a Bishop at Jesus is Alive Ministries (JIAM). She is also popularly known as ‘Mama Na Kazi’. She relates to Jubilee Party after dropping the ODM party and was elected to serve the Starehe Constituency in the National Assembly of Kenya in the 2007 Kenyan general election.

She was diagnosed with COVID-19 disease on May 21, 2020 that put her in ICU at Nairobi Hospital.

Bishop Margaret Wanjiru was born in Nairobi as the third child into a very poor family of casual workers. Despite the many challenges that come with poverty, her hard-working mother was able to put her through both primary and high school while instilling the discipline necessary to excel in life.

She worked hard in her pursuit of a better future and by the time she was 17 years old, she was paying her way through college by working numerous jobs. She worked as a house girl, hawker, a toilet cleaner, car cleaner, and office cleaner. On graduation from college she earned herself a position as a salesgirl.

Later on, in life she gave her life to Jesus Christ and become a born again Christian. Thanks to her determination to serve the Lord Jesus Christ and great leadership skills, she is the founder and presiding Bishop of Jesus Is Alive Ministries (JIAM), an international Christian organization with headquarters in Nairobi Kenya.

Today, with one of the fastest-growing churches in the continent of Africa, JIAM is becoming a ministry to the world with offices in many nations, touching many hearts and changing many lives through its various departments.

Bishop Margaret Wanjiru has been used mightily by God. She oversees a massive congregation and her dynamic ministry has transformed nations especially through the media television program entitled ‘The Glory Is Here’.

She is an author of many Christian books and also oversees a monthly magazine, the ‘Faith Digest’.

She was elected to serve the Starehe Constituency in the National Assembly of Kenya in the 2007 Kenyan general election despite facing a tough opponent.

She risked losing her parliamentary seat after a vote recount carried out in 2010 indicated that her opponent Maina Kamanda of PNU won the election with a clear margin. As a result, a by-election was held on September 20, 2010, but Wanjiru retained the seat beating Kamanda.

Bishop claims she is a single mother of three

Family members said Mr. Kamangu passed away at the Kenyatta National Hospital on Wednesday morning, after a sudden illness.

After a long stay without a husband Bishop Margaret Wanjiru confirmed that she was ready to walk down the aisle again. She confirmed this during an interview with KTN’s Sofia Wanuna.

She graduated from St Paul’s University with a BA in leadership and administration.

Bishop Margaret Wanjiru has for a long time been actively involved with matters of national concern. As a leader she has for years been a vocal participant in governmental policy and leadership issues across the board.

Politicians have for years called on the Kenyan churches when elections are near on a vote-seeking mission only to soon after renege on their every promise to the people of Kenya. Her call to national leadership (politics) is as a result of the people demanding better leadership and representation in government.

In 2007, she was elected as a Member of Parliament for Starehe Constituency in a hotly contested election in one of the most challenging constituencies in Nairobi the capital city of Kenya.

In 2008, she was appointed into the cabinet as an Assistant Minister for Housing.

She has a Doctorate in Divinity excelling in the matters of religion, education, and human sciences. She obtained a certificate on governance from Harvard University – USA.

She has 3 children: Stephen Kariuki A politician who has served as a Kenyan member of parliament representing Mathare constituency), Evans Kariuki, and Purity Kariuki.

Her daughter Purity Kariuki and the groom Michael Litunda tied the knot at a colorful private garden ceremony in the US.

She was diagnosed with COVID-19 disease on May 21, 2020 that put her in ICU at Nairobi Hospital.

Her discipline and determination to succeed resulted in rapid promotions and various accomplishments until she became a sales and marketing executive for a multinational firm in the city. She later went on to form her own business in the city excelling both as an entrepreneur and single mother to her two sons and one daughter.