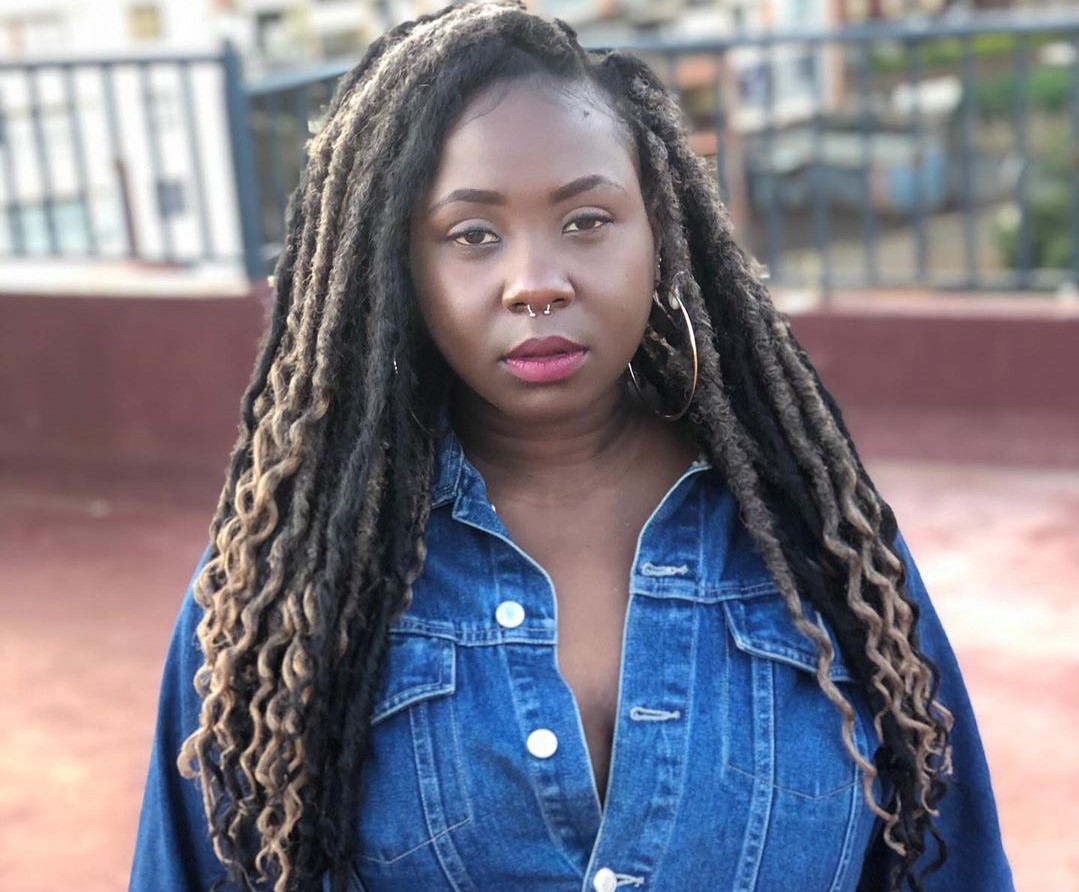 Chebet Ronoh is a Kenyan media personality, Entertainer, Youtuber, Comedian, and Instagram influencer. Her full real name is Deborah Chebet Rono. DEBORAH CHEBET RONO might be relatively new in the comedy world, but she has perfected her craft in short online videos that are leaving masses in stitches.

You are one of the comedians with some of the most viral videos. How did your journey in comedy begin?

It all began with a rant video I posted on my Instagram after an old man approached me for a relationship. The incident was so disappointing that I took to my social media to express my anger. Surprisingly, it was presumed funny and from that day I did not stop to speak of my different experiences, albeit comically.

What drew you to comedy and not anything else?

The simple joys that comedy brings to people. Sometimes life can be too gloomy, but some comedy always brightens lives. So, my heart was sold the moment my first post elicited so much admiration and positive response.

How do you ensure your comical videos remain captivating and witty?

Well, I often peg my topics on trending situations, where I just vent but try to remain as real as possible. Remaining and maintaining my real personality while injecting some humor into what I do has helped.

So, you think being real to yourself has added to your rising credentials?

People on social media tend to do the extreme to appear attractive. I mean layers and layers of make-up or photoshop. But to be honest, something is intriguing about being 100 percent real and confident. Sometimes I wear make-up, but in the most unexpected way to kind of mock today’s society.

What is your favorite or most memorable set so far?

I think early this year I ranted about high school and how it wasted my time. The video blew off the Internet. Even before it outdid itself, I had already earmarked it as one of my favorite videos, among many.

Comedy is presumed as a male-dominated field. What are your feelings towards this?

There is nothing like a dominated platform or space. I don’t believe in saturation; people will consume good content without paying attention to what gender the producer belongs to.

More online female content creators have in recent years come into the spotlight. Do you think the dynamics are changing?

We are in an era where anyone can come out and create content that will have an impact on our social lives. Yes, there is growth, especially, with female content creators, but all I can say is shout out to every female sweating it out there and believing in their dreams.

You also recently landed a radio job. How has that been for you?

Radio was never something I desired to do, but when I got my first live show, it was unbelievable and exciting. I still can’t explain the amazing rush feeling that keeps me in the studio till today. 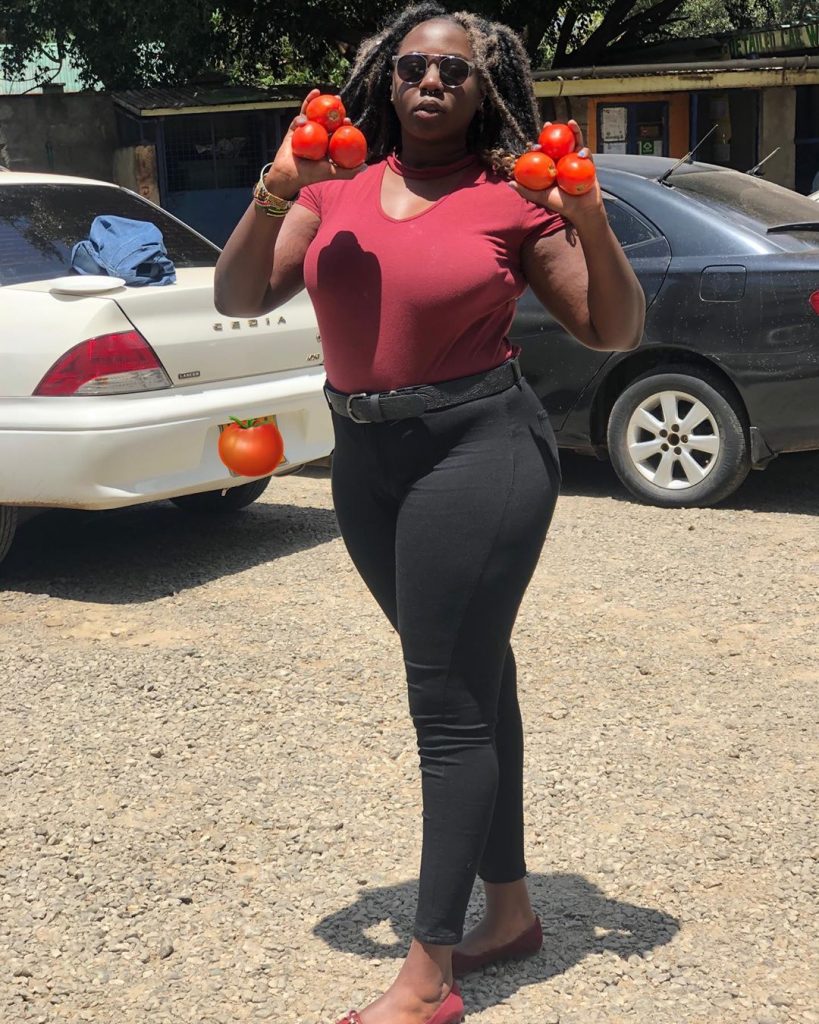 Is there a particular person who you are grateful to for helping you get to where you are?

To be honest, so many times I used Kenyan influencers and at the time, I pushed myself to get a helping hand. But I sat down and thought how bigger of a brand I would be if I worked everything on my own from scratch. Since 2017, I built myself a name that shocks me till today, but there are a couple of celebrities who shared my content that I will forever be grateful to. They include Sauti Sol’s Bien, Fena Gitu, and Willis Raburu.

What’s your take on the changing faces of comedy and the challenges that come with it?

Change is a good thing and I’m just happy that people are consuming content extensively. But this also has its challenges ­— resistance, online hatred, and being undervalued are some of the major ones.

Who are some of the comedians you look up to?

That has to be Trevor Noah. His choice of common satirical comedy is out of this world. He is an inspiration to not only me but also to many other rising content creators.

To watch some of Chebet Ronoh funny videos, you can follow and subscribe to her Youtube Channel that has over 90K Subscribers that is if you haven’t subscribed yet.

Chebet Ronoh has encouraged girls with big bodies to not give in to body shame but instead, be proud of their bodies. Ronoh admits to being a victim of body shaming as the size of her body exceeds or does not match her age.

“I’ve been body shamed my whole life and I would wear huge clothes and buggy because I am too big for 19. I wanted to be a nigga at one point???????????? I was like f*ck dis you know but I began to find myself learn things about myself pause giving out more than I was receiving,” she said. 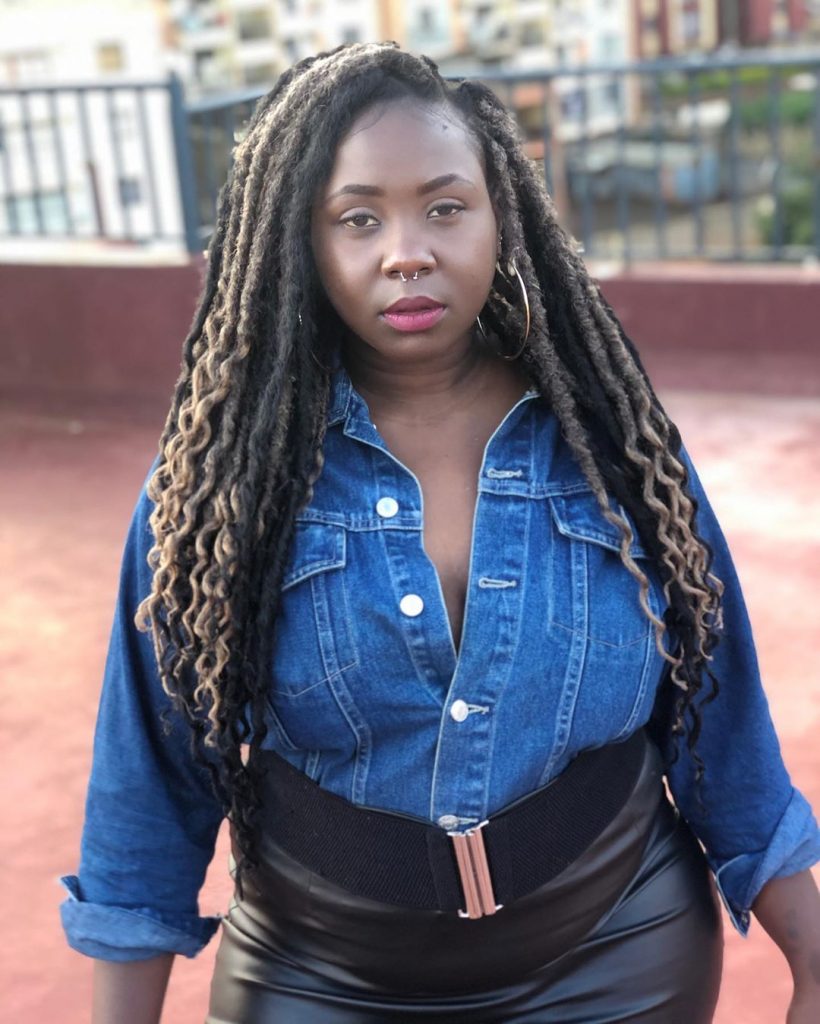