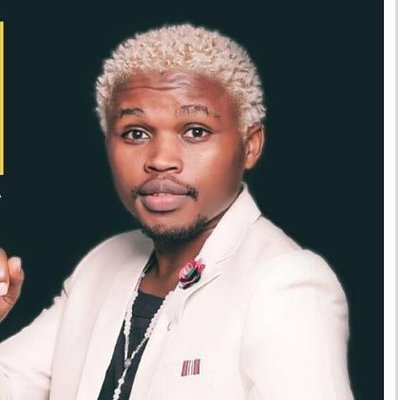 Vincent Mwasia Mutua popularly known as Chipukeezy is a Kenyan comedian who is known for his Kamba accent on the stage. He is the host of the ‘’Chipukeezy show”. He is also a member of the board of directors at NACADA.

He went to Kwatombe primary school, then attended Masii and Tala high schools. His witty side was shown when he made funny drama club scripts, making him one of the favorites among teachers and fellow students. He wanted to become a radio presenter when he finished high school but his hopes were stalled due to financial constraints. Instead, he joined some local theater productions where he acted set books. He was also the warm seat narrator during the entertainment show of heartstrings for a record eight times. This later introduced him to the hot seat, which he did twice for two hours. His side hustled enabled him to raise money for college at the east African school of media studies. 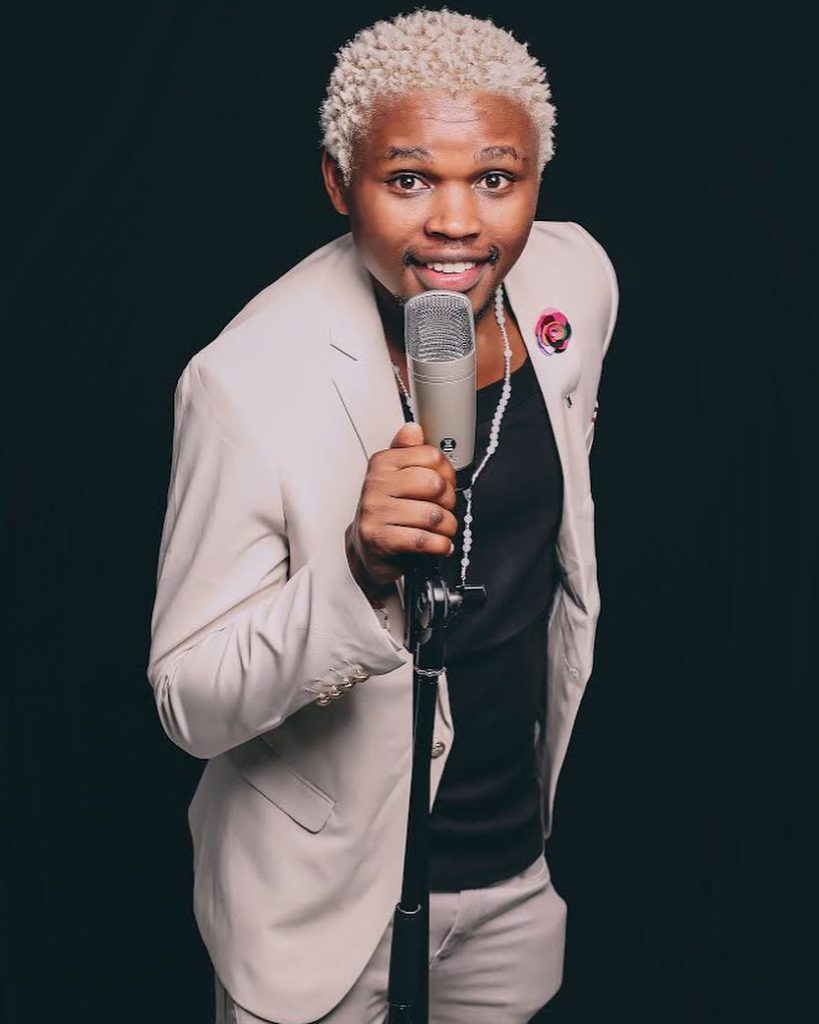 Chipukeezy was born in a family of five, all of them being comedians. His father’s name is kinengo, a protégée he uses often when cracking his jokes. He was raised in Tala, Machakos County.

Chipukeezy says that his acting career started way back when he was still in high school and at one time it helped him a great deal since he pulled one funny apology when he was almost getting expelled and he got his way and was not expelled. He says he used to visit carnivore so that he could tell Churchill how good he was and one day he was lucky to talk to him and landed an audition.

He auditioned frequently but the director did not think he was good enough. He later got a chance to the stage and was on every recording for the whole of season three. Chipukeezy says that his acting career started way back when he was still in high school and at one time it helped him a great deal since he pulled one funny apology when he was almost getting expelled and he got his way and was not expelled. He says he used to visit carnivore so that he could tell Churchill how good he was and one day he was lucky to talk to him and landed an audition.

He auditioned frequently but the director did not think he was good enough. He later got a chance to the stage and was on every recording for the whole of season three. His main protégée on the stage ’Kimundio’ and his Kamba accent was loved by many. He later revealed that kimondio was his brother’s actual name. His breakthrough came in 2013 when Churchill was interviewing Senator Mike Sonko and Chipukeezy joked about it and asked Sonko to allow him to date his daughter Saumu so that he can siphon his cash. This joke led him to secure a job at Kiss 100 morning drive as Caroline Mutoko called him asking him to co-host with her. He later quit after being there for three years to focus on his brand. He wrote a beautiful message on his Instagram page on leaving quoted “A love letter to my dear kiss FM.  … Babe! We have been together for the last 3 years, we have grown in love and friendship, and we have bonded through laughter and hardships, daily sharing our lives with Kenyans and each other. You… my love helped me grow in ways that you can never imagine and I can never explain.

ALL I want to say is THANK YOU. By the way, Caroline Mutoko @caroline.mutoko I hope you do realize that when I say my love it’s not just kiss FM but niwewe nakuongelesha .ulinitoa mlolongo na slippers ukanipeleka Westlands Kwa muzungu (Lynda Nyangweso)@thatchiclyndan akanifunza kutumia computer na kutweet thanks for giving me an opportunity of a lifetime. YOU CHANGED MY LIFE. @iamjeffmote by the way haukujua but I was the “best man” at your wedding tutaftane bro…Please take care of that Yummy Mummy Nyangweso. Life has introduced me to new challenges. MY LOVE just like you taught me to allow me to go tackle them. Allow me to go and share with the WORLD what I have shared with you…
Your love chipukeezy. In March 2018, he was supposed to join a radio Maisha morning show called Maisha asubuhi co-hosting it with Alex mwakideu.

His career as a radio presenter was a dream come true for him as he always wanted to be a radio presenter. He launched his own show called ‘ chipukeezy show ‘ on April 2, 2018, which he refers to as a real house of fake news. This was something they had been waiting to do for nearly two years, according to fellow comedian Eric omondi. The show hosts both upcoming and established celebrities.

Comedian Vincent Mwasia Mutua who is popularly known as Chipukeezy has been appointed as NACADA board member. According to a  gazette notice issued by Interior Cabinet Secretary on Wednesday he will serve in the position for three years.

Chipukeezy built a school, St. Martins Academy in his village in Tala, Kangundo to boost education. Chipukeezy says he wanted to build the school due to the experiences he had to go through because of not having a good education. He says that when he was young, education was not a priority simply because one could not afford it and if you could, getting a good grade was even harder due to the dilapidated state of the schools, therefore he had to take it upon himself to change that.

“Back at home I have this small project that am doing and today I confidently say that St Martins Academy in Tala, Kangundo is a fully registered primary school. Above all am happy that all the young people in my village have a place where they can study during day and night. I pray and believe that one day I will see the completion of this institution fully. Not forgetting the year 2017 the school provided KCPE 2017 candidates for the first time.

Chipukeezy was previously engaged to Vivian Kerubo alias Empress Kerry, he proposed to her in 2016 during her birthday which was attended by close family members. They broke off the engagement in November 2018. During an interview, Chipukeezy alleged that the separation was mutual.

“To be honest, we agreed that whatever we wanted to do together would not work out, and it was a peaceful agreement. Tulikua tunaenda Canaan tukapata mamba. We moved on because there is more to life than just love and relationships. People should stop speculating things, but instead, let her move on with her life. She is free to be out there and get other people.”

Chipukeezy is in a relationship with a lady named Kibanja. It is alleged that the two have been married after they were seen wearing rings although we can not verify the story.

Weeks after bitter fall out with Ebru TV, NACADA director and Comedian Mwasia Mutua, popularly known as Chipukeezy has found a new home for his show. On Wednesday, September 25, in what seemed like a PR stunt, the comedian announced his new show will air on October 7, 2019, and interviews for content creators and camera operators were ongoing.

However, on Friday, September 27, Chipukeezy shared a video of him leaving TV47 studios with a crowd of youth waiting for him outside, a suggestion that was going to be the new home for his show.  He was late joined with the group of excited youth for a sumptuous lunch to celebrate the new development.

This comes days after claims that the comedian was missing and a grand welcome back by comedians Eric Omondi and Kartelo who picked him up at JKIA in cars branded The Chipukeezy Show.  The star also said the show would be airing on Chipukeezy TV, with its live recording shot at the Kenya National Theatre and that his team will be visiting schools and universities for live recordings too.  Chipukeezy announced his premature departure from Ebru TV after the station sent him an email asking him to cancel his agreement to have Kartelo on his show, which he declined. 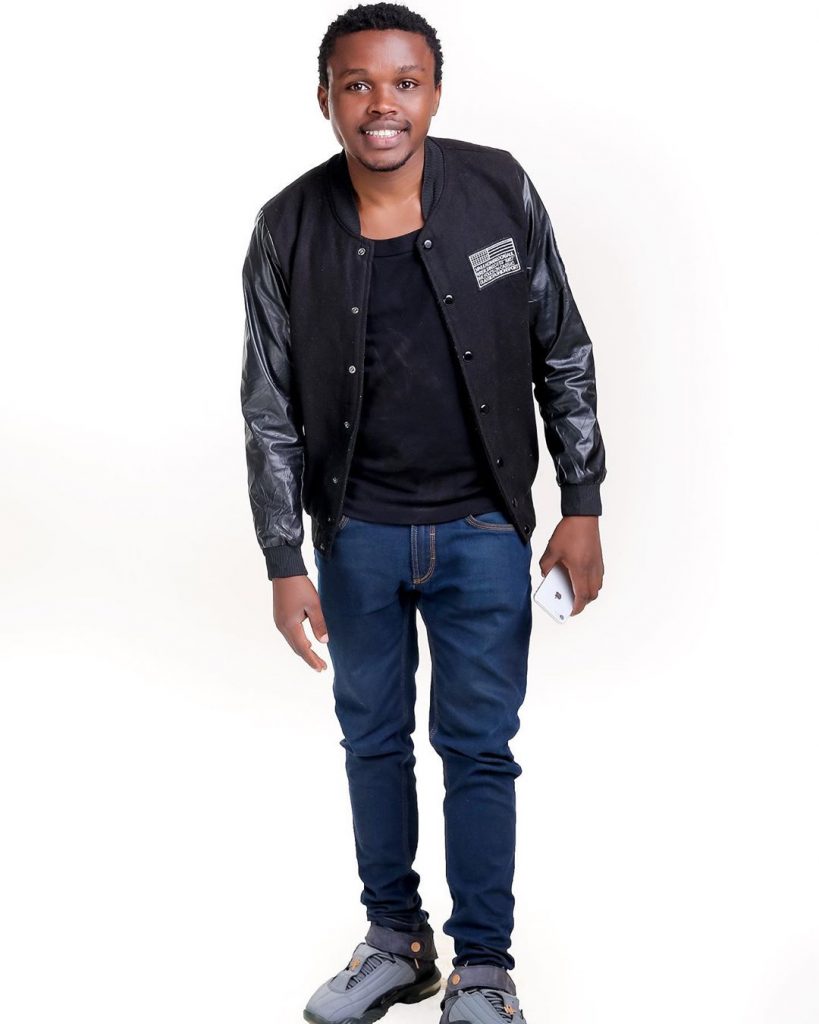 Things You Did Not Know About Chipukeezy