Diana marua was born in 1988 in Migori county is the wife of gospel singer Kevin Bahati. She earned her popularity after acting as a ‘bride’ on Bahati’s song ‘Mapenzi’ and later Bahati introducing her like his prayer partner. The two were formally married in a wedding in 2017.

Diana Marua is married to Bahati (Kevin Mbuvi) was born in 1994 and is six years younger than Diana who is 30 years old. Bahati is a popular Kenyan gospel artist who has released a number of hit songs and boasts of a large fan base in the country

Gospel singer Bahati and his wife Diana Marua in 2019  welcomed their second child, a bouncing baby boy. Bahati shared the news on his social media platforms while revealing that the baby is named Majesty Bahati. Baby Majesty’s arrival comes just a few days after the singer said that they are expecting him any time. Just like their firstborn Heaven Bahati, an Instagram account has already been created for baby Majesty and is steadily gathering thousands of followers. A video shared by Bahati shows the new-born being tended to by nurses. The couple’s firstborn arrived on Valentine’s Day last year.

Diana marua is older than Bahati. She is 31 years old as of 2019. Bahati is 25 years old leaving a notable age gap.

Diana Marua comes from the Luo tribe and her father is from Migori County.

Diana is from a well-known family as her father Joseph Omach is a leading cancer advocate fighting against stigma for cancer patients.

Diana’s first appearance with Bahati was when photos of their ‘wedding’ surfaced on the internet. Many people speculated that it was a real wedding but Kenyans with a keen eye for tiny details saw that the wedding lack something very essential- the ring.

This later emerged to be photos from Bahati’s song ‘Mapenzi’ that was released after the photos emerged meaning it was only a promotion for the new music.

Even after the song was released they continued hanging out together even posting photos of themselves wearing matching clothes. Bahati later introduced her as her ‘prayer partner’ which brought a lot of speculation since some sources claim that they were cohabitating.

On 24th February Diana and Bahati were among the guests on NTV’S ‘udaku sasa’ that is hosted by Rashid Abdalla and when Diana was asked about her relationship with Bahati this is all she had to say; 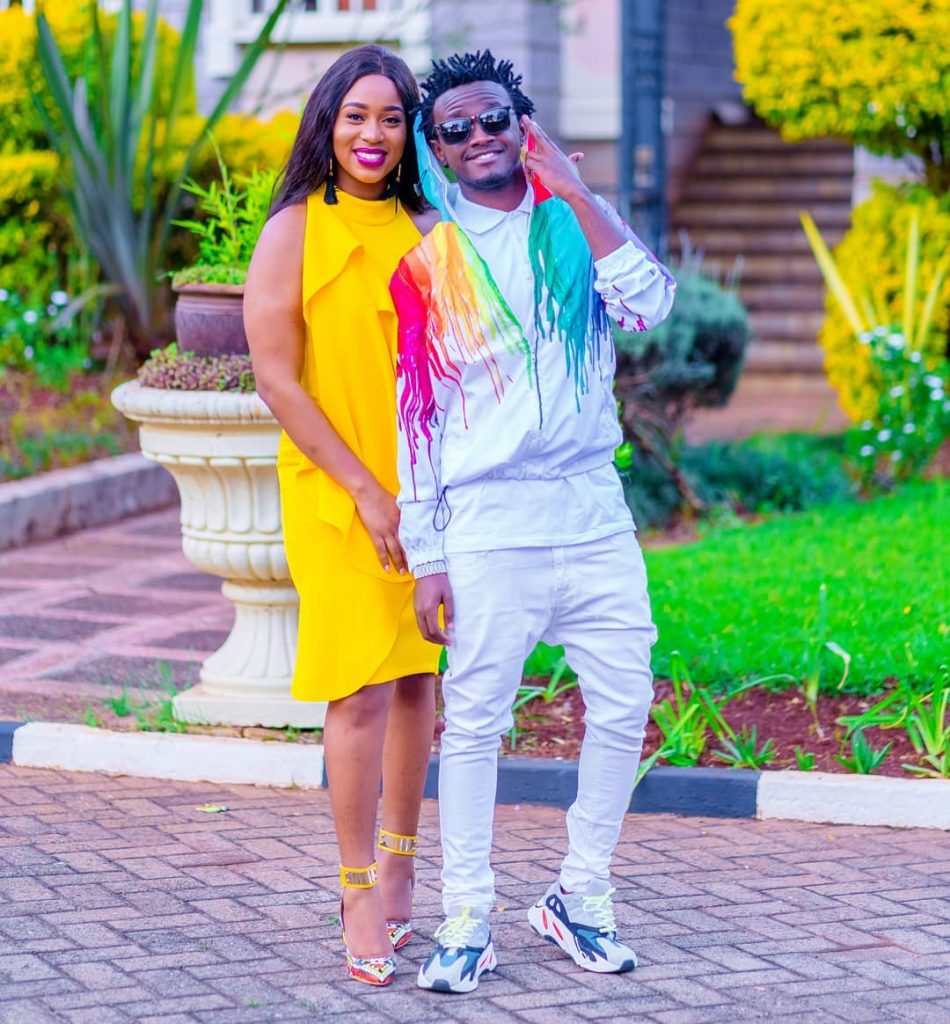 Bahati and Diana Marua tied the knot in an invite-only private ceremony at Diana Marua’s parent’s compound. The two had been dating for two years.

Interviewer: Congratulations on your wedding. Just like any other girl getting a dream wedding, you must be over the moon…

Diana Marua: Of course it is a very exciting thing to be in a good place like I am right now and we thank God. I think it is every girl’s dream to have a grand wedding and when the right time comes, we will have one where all our friends will join and celebrate us.

Interviewer: But wasn’t this it; I mean more than 80 people attended your wedding ceremony. Do you plan to have another one?

Diana Marua: First of all, we feel so as we could not invite all our friends as this was largely a family affair. We only had our close associates and a small bridal team comprised of very close friends.

Interviewer: Where was this held?

Diana Marua: The ceremony was at my parent’s place in Komarock (Nairobi).

Interviewer: It was actually inside your parents’ compound as opposed to previous statements that it was held at a small hotel?

Diana Marua: Now you are hearing it from the horse’s mouth.

Interviewer: Why did you guys treat it with all that secrecy now that it was entirely an invite-only private affair?

Diana Marua: The truth is that we had nothing to hide. The fact, however, remains that this was a family affair and the setting was just that. 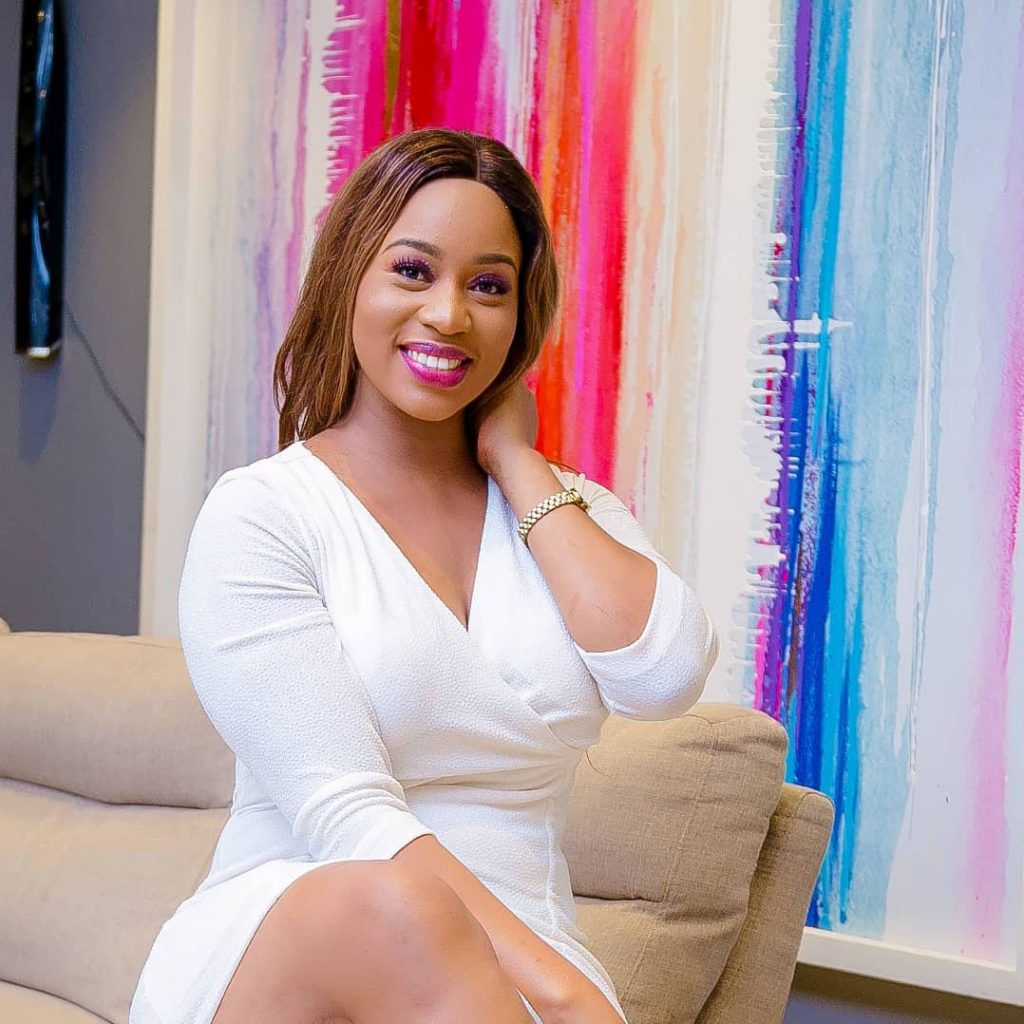 Interviewer: How big was the bridal team and which of your friends participated?

Diana Marua: I had a few of my girlfriends, about five of them on my side and Bahati had the same number of guys among them Mr. Seed and David Wonder. My best friend Winnie was on my side. Our pastors Patrick Mungai and Pastor Mwangi officiated the ceremony.

Interviewer: So it is no longer a rumor… Bahati and Diana are now officially married…

Diana Marua: (Laughs) I feel excited about this new stage in my life and look forward to a good marriage blessed by God.

Interviewer: You were working together and at some point, you were simply a video vixen in his project. At what point did you know he is Mr. Right?

Diana Marua: You get to know people through their characters. We connected in such a natural way and I could tell that this was leading to something but I wasn’t sure what it was till he popped the question. In short, I love Bahati to the bone (laughs).

Interviewer: How nice! Sounds like the two of you go real romantic and fun!

Diana Marua: What many people don’t know is that Bahati is a fun person. He is also very humorous. He lights up every moment and through him, I have learned to get peace of mind.

Interviewer: Sound like this union has transformed your character a bit…

Diana Marua: True. I used to worry about every little thing and that was putting so much pressure on me. When we got started, I would worry so much about every criticism thrown our way and that was so disturbing.

But Bahati gradually taught me how to trust in God and leave it all to Him. I can say that he has taken me through a spiritual journey that has also gotten me to understand that God has a way of directing His very own. Bahati has been helping me through the Christian journey and I am grateful life is moving in the right direction.

Interviewer: Talking of pressure, people questioned your age differences when you announced that you were engaged. Did that affect you?

Diana Marua: Everyone is entitled to his or her own opinion. Back then, some people said things that were cruel but we are over that and it is none of our concern now.

I mean, we have been together for almost two years now having gone through the different faces of friendship, dating and now marriage. We always put it out there everything we want people to know. What they make of it is their choice.

Interviewer: Part of that has been the little talk about a pregnancy…

Interviewer: You guys started it!

Diana Marua: As I have said, there has been a lot of rumors about that and many other things. Besides, babies are a blessing from God…

Interviewer: Are you saying that the pregnancy claim is just another rumor?

Diana Marua: Since no one can hide a pregnancy, let’s wait and see.

Bio foods are a preeminent company brand of functional Dairy Foods. Bio prides itself on building a sense of healthy lifestyle to its customers by producing real fruit yogurts as its chief core business and other Dairy supplements.

How to Subscribe to Airtel SMS Bundles in Kenya