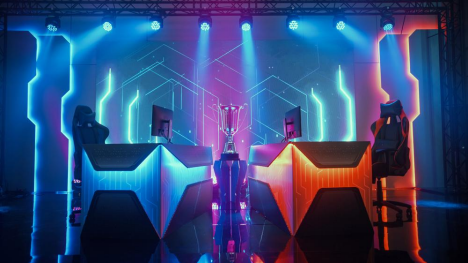 Dota 2 is one of the most popular multiplayer games in the world and its esports tournament is also a contestant for being the most prestigious event in the competitive gaming scene. Here is a quick overview of what esports betting is for Dota 2 if you are interested in joining its community.

Dota 2 is a multiplayer online battle arena (MOBA) that uses the tri-lane formula that was popularized by its predecessor, Defense of the Ancients AllStars. It’s a square map with three roads that connect two opposing bases. Each road is guarded by defensive structures and lane creeps march forward. The goal is to destroy the enemy’s most important structure called the ‘Ancient’.

The rules are simple and the combination of players competing are ultimately what makes the game complex. Each player in this five-vs-five game has a role to play for the team or strategies to counter the opposing team’s advances. Dota 2 betting often boils down to learning about team chemistry and hero matchup rather than relying on the win-loss rate.

Valve Corporation hosts The International as Dota 2’s most prestigious tournament in the world. They invited the contestants for the first few events until they finally launched The Road to the International. It’s a program that lets esports teams compete in their respective regions for a chance to be a contender in the main event.

During the Road to the International, teams have to earn points by winning in Regional and international Major Leagues. These are hosted by organizers in partnership with Valve. These points determine their placement in their region’s leaderboard. The number of points given per tournament changes every year but Majors have higher point rewards than Regionals.

Regions are determined by the server so some can encompass continents like Eastern and Western Europe while others are dedicated to each country like China. Seeds for every region depends on their performance in the previous season. Each match is a best-of-three map between two teams but the structure of tournaments varies by organizers.

Every Dota 2 match shares similar markets among bookmakers. The most standard of which is the match-winner which is a bet on which team wins the event. Map winner is a market for a team that wins a round in a best-of-three game so there can be up to three instances in an in-play bet.

Punters may also bet on which team will get to destroy the enemy’s tower or barracks first in the present round. The tower is the defensive structure that attacks enemies that are within its range while the barracks are the structures that hide behind the walls of the base.

Punters may also bet on which team will get the round’s Aegis first. It’s a consumable item that can only be acquired from Roshan, Dota 2’s most powerful neutral creep. Its wielder gets instantly revived as soon as they die in combat so it’s a useful item in a team fight.

Dota 2 is a game of skill but Dota 2 betting is a game of luck because spectators cannot influence the outcome. However, there are simple ways to make accurate predictions. All you have to do is to stay updated with Dota 2 esports-related news so you’ll learn about roster changes and experts’ analysis.

You should also compare the odds between different bookmakers before you place your bets. This way, you can get the highest possible payout in a bet that you are confident about.