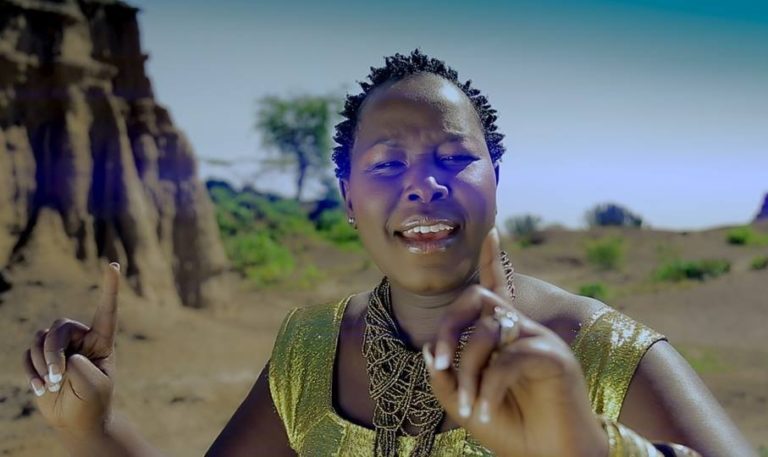 Emmy Kosgei is a renowned gospel musician born in 1980, July 22nd in Kelewa Village, Mogotio, in Koibatek District parts of the Rift valley of Kenya. Thanks to this upbringing, most of Emmy Kosgei’s songs have always been in her native Kalenjin dialect. This, nonetheless, has not been a barrier to her ministry and high-quality music production. Emmy Kosgei’s Biography below discusses some of the facts you probably didn’t know about Emmy Kosgei.

Musically, Emmy is very talented. In addition to having a musical voice, Emmy attributes her music talent to God and proper family upbringing. Emmy Kosgei’s family is a staunch Christian family with her father Bishop Jackson Kosgei and mother Reverend Rose Kosgei begins her pillar of success from the start. Emmy nurtured her singing talent through the church choir where her parents used to mister.

Emmy was born into a strong Christian family. Her father, Bishop Jackson Kosgei is a highly acclaimed cleric. Her mum is equally a strong believer of Christian values and the two must have helped steer her where she is right now. Emmy has always attributed her triumphs in life to the only pillar of her life: God.

Emmy Kosgei’s wedding event was one of the most talked events of our century. In as much as the wedding event on its own was nothing short of elegance, both the traditional ceremony and the church, the reason behind the talks was because of Emmy Kosgei’s husband. Nigerian Evangelist, Anslem Madubuko, is the lucky man who managed to walk Emmy down the aisle.

Emmy met her husband while on an overseas tour ministering, and established a bond with him which the two lovebirds managed to cement their relationship on despite the huge age gap between them. The glamorous Emmy Kosgei wedding video can be found on Youtube for anybody who would love to catch a glimpse of the affair.

I bet most people even the biggest fans of Emmy Kosgei did not know this side of her life. Even though Emmy Kosgei’s house is one of the best in the world, she still has enough to cater to the needy. Emmy Kosgei owns a school that hosts 40 students where she fully sponsors 37 of these kids. Through such initiatives, Emmy is setting an excellent example for her daughter and the world at large.

Other than music, Emmy is a great fashion designer. Most of her clothes and those worn by her dancers in her music videos are her on creative work. Currently, she is the owner of Emmy K House of Fashion and label. Now you know!

Emmy Kosgei is among the very few African musicians who won the Best International Gospel Act award. The awards were at the UK Black Entertainment Film Fashion Television and Arts awards in 2013.