Former Media star Gathoni Wa Muchomba was born and brought up in Komothai, Githunguri in a family of four and a stepfamily of 11. She retrieves her modest childhood in a large family with an unreliable daddy who rarely took care of his family.

“My dad was an irresponsible drunkard who cared very little for the family. Mum worked as a casual laborer to feed all of us. Our school was very far as we used to walk 13km to and from school. On top of that, we used to draw water on our way from school from a river.”

According to Gathoni, this affected her so negatively that she vowed never to get married.

She was a bright student and emerged top in her KCPE at the district level after which she proceeded to Precious Blood Riruta for her secondary school. She almost dropped out of school at her high school but a Good Samaritan from Japan, who worked as a volunteer teacher at Komothai Girls School where Gathoni’s mother was a casual laborer offered to pay her fee arrears and all other fees until she completed her secondary school.

Gathoni narrates how she disliked holidays since her mother earned peanuts from her labor and would hardly afford her fare back to school.

“Mum could only afford Sh2 for my bus fare. This meant I had to hike a lift and if I was not lucky, I would stay home for some days”.

After completing her O- levels with a lot of difficulties, Gathoni luckily secured a job as an untrained teacher in a neighboring Makuyu Secondary School. She liked the teaching profession which saw her join the University of Nairobi (UoN) for a bachelor’s degree in education. At campus, she thought of ways of generating income for personal upkeep.

“I opened a salon in campus and, later, another in Kikuyu town. I used to imported hair bands from India and sold them on the campus to earn some little money,” Gathoni recalls. 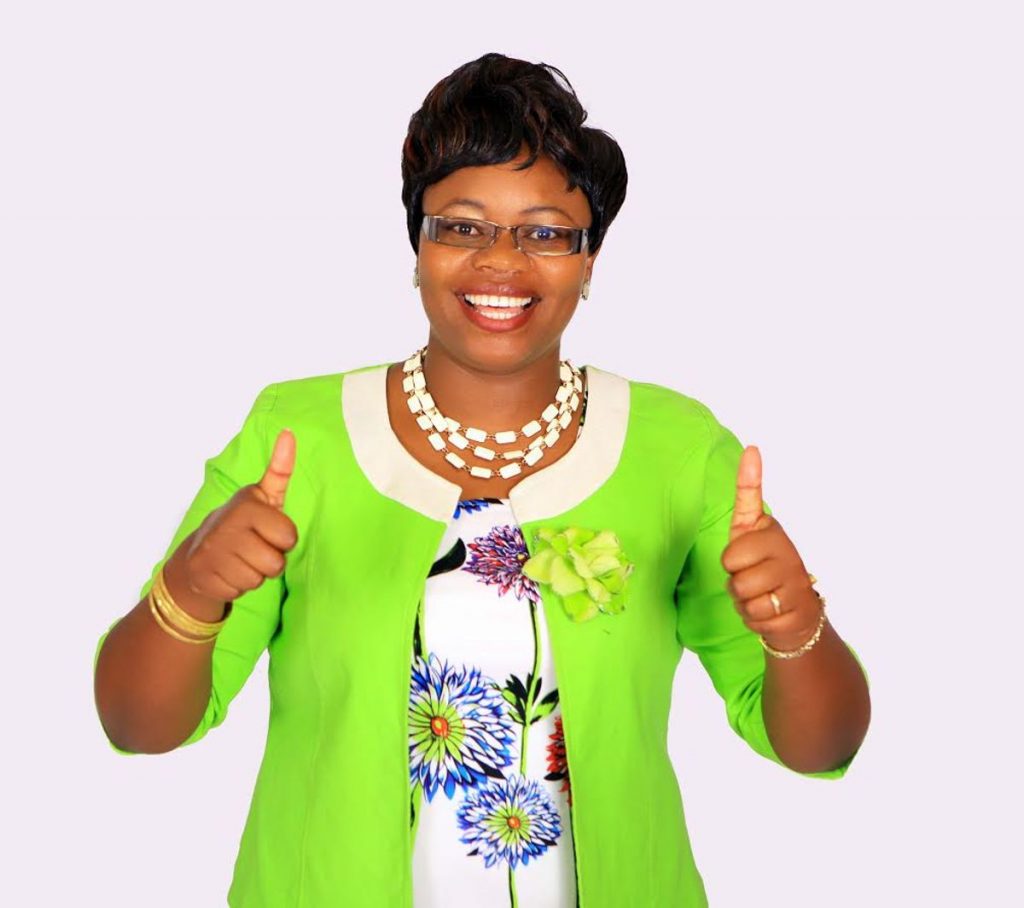 While in the second year, a lecturer, Mary Ngechu identified Gathoni’s efforts and offered her a job. “She had a project, Radio listeners group, for the University broadcast under an NGO, European Economic Community (EEC). My role was to identify what farmers were doing at the grassroots level. I traveled all over Kenya recording shows on agriculture which was later aired on KBC,” Gathoni continues.

While at the fourth year in 1999, Gathoni heard that media owner Rose Kimotho was about to open a vernacular radio station Kameme Fm where she went to seek a job. She carried the records of all the projects she had done which made her land at the station and started airing the popular Canjamuka show from 9 am to 1 pm. She would be at the radio station by 6 am and work until 5 pm, after which she would return to campus to work on assignments and study. She admits it was tough but was always at the top of the class. I graduated in 1999 with a Second Class, upper-division”.

She later went back to UoN, School of Journalism where she pursued a Masters Degree in Communication. However, around that time she got pregnant for her daughter, Melissa Wanjiru who was born in 2003.

After graduating in 2004, Royal Media Services Chairman SK Macharia approached her in a church and persuaded her to ditch Kameme for his radio station, Inooro which was yet to be launched by then. He tripled her salary which motivated her to join Inooro. At Inooro, Gathoni ruled the airwaves for three years with local polls ranking her as the favorite vernacular radio presenter.

In 2005 she started Smart Media College in Nairobi, which later opened branches in various towns including Nakuru.

She finally opened her own digital vernacular television channel, Utugi TV, which she says the aim is to help farmers since 99 percent of the programs are based on agriculture.

10 Things you did not know about Gathoni Wa Muchomba

Kiambu Woman Representative Gathoni wa Muchomba has, of late, been the talk of the town after she urged local men to embrace polygamy.

“We give birth to these children and we do not want to own up to them. If you are a man from the Kikuyu community and you can sustain five wives, have them, and if you are a man and you are in a position to bring up many children, do it,” she said on Monday.

Her comments elicited many reactions from Kenyans, with some supporting her opinion and others openly criticizing her.

The lawmaker is no stranger to controversy.

In August 2017, barely weeks after clinching her seat, she went on national TV and lambasted a proposal for salary cut for MPs that by the Salaries and Remuneration Commission.

“I want to be paid well. I want to be honored for who I am,” she said, remarks which didn’t go down well with Kenyans.

A section of Kiambu residents even began collecting signatures seeking her immediate ouster, even after she apologized for the remarks only hours after making them.

While declaring her interest in the race for the Kiambu Woman Representative, wa Muchomba caused a stir in the region when she publicly declared that the then incumbent Ann Nyokabi, a relative of President Uhuru Kenyatta, did not scare her.

“I’m not unseating the incumbent because I have more resources or she is related to someone. She has just not delivered,” said told a local paper.