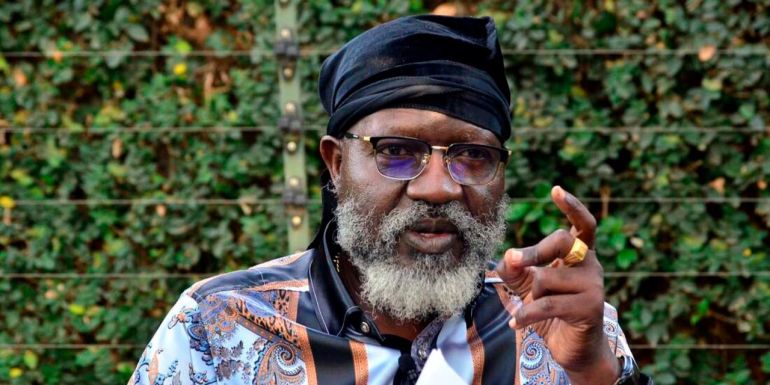 1. We will Legalize Marijuana!

And because Marijuana is harvested twice a year, it means Nyeri residents will earn Ksh9.2 trillion every year. This means if we grow marijuana for export, Nyeri in one year will earn the equivalent of Ethiopia’s GDP.

Five Things Marijuana Can Do for Kenya:

If we grew Marijuana in Nyeri alone in one year, we can pay Kenya’s entire debt portfolio.

If we can grow Marijuana in Nyeri alone, each Kenyan could get a dividend cheque of Ksh200,000 every year from the sale of Marijuana.

If we grew Marijuana in Nyeri alone, we would build 2 expressways in each county in Kenya.

If we grew Marijuana in Nyeri alone, Kenya could buy Bill Gates and Microsoft in just 2 years.

If we grew marijuana in Nyeri alone, Kenya will have 10% of IMF’s total cash reserves. In short, we will NEVER have to Borrow a single coin in future.

Mt. Kenya was made wealthy by two cash crops-coffee and tea. In fact, Kikuyus got their economic head-start head start in 1923 when they were allowed to grow coffee and tea. Before 1923, it was illegal for any indigenous Kenyan to grow both crops. Marijuana is our next cash crop. It grows wildly in Mt. Kenya. The question is if we required the permission of mzungus who have now legalized marijuana, why shouldn’t we legalize?

3. We will Export Dog Meat!

A kilogram of Dog Meat costs 6 times more than the price of a kilogram of Goat Meat. Kenya exports Beef, goat and lamb to the Middle East. For instance, Each Kg of goat costs an average of Ksh400 per Kilogram. But if we export dog meat we will earn Ksh.2,400 per kilogram.

4. We will Hang The Corrupt!

Anyone caught or found guilty of stealing public money will be hang in public. No more Golden berg, No more Anglo Leasing and No more Kimwarer and Arror!

We will shut down symbols of Chinese colonization. All Chinese statues along the route will be brought down. We will build our own railway systems with our own money.

Every Kenyan will work for 4 days only. Friday, Saturday and Sunday will be holidays. Each Kenyan will be paid every two weeks. And Kenya will be a 24-hour economy!

7. We will suspend the constitution!

Parts of the constitution that do not work will be suspended. We will ask the people what they want

8. We will shift the Capital city to Isiolo!

Isiolo is the center of Kenya. Making Isiolo Kenya’s administrative center is the same as making Canberra Australia’s capital. We will move the capital city from Nairobi to Isiolo

We will introduce 8 regional states. Each will have a federal government that will give every community power to make their own decisions

10. We will Deport Idle Foreigners!

We will deport foreign idlers who have taken over Kenyan jobs.

Cardi B Contacts: How To Contact Cardi B Directly