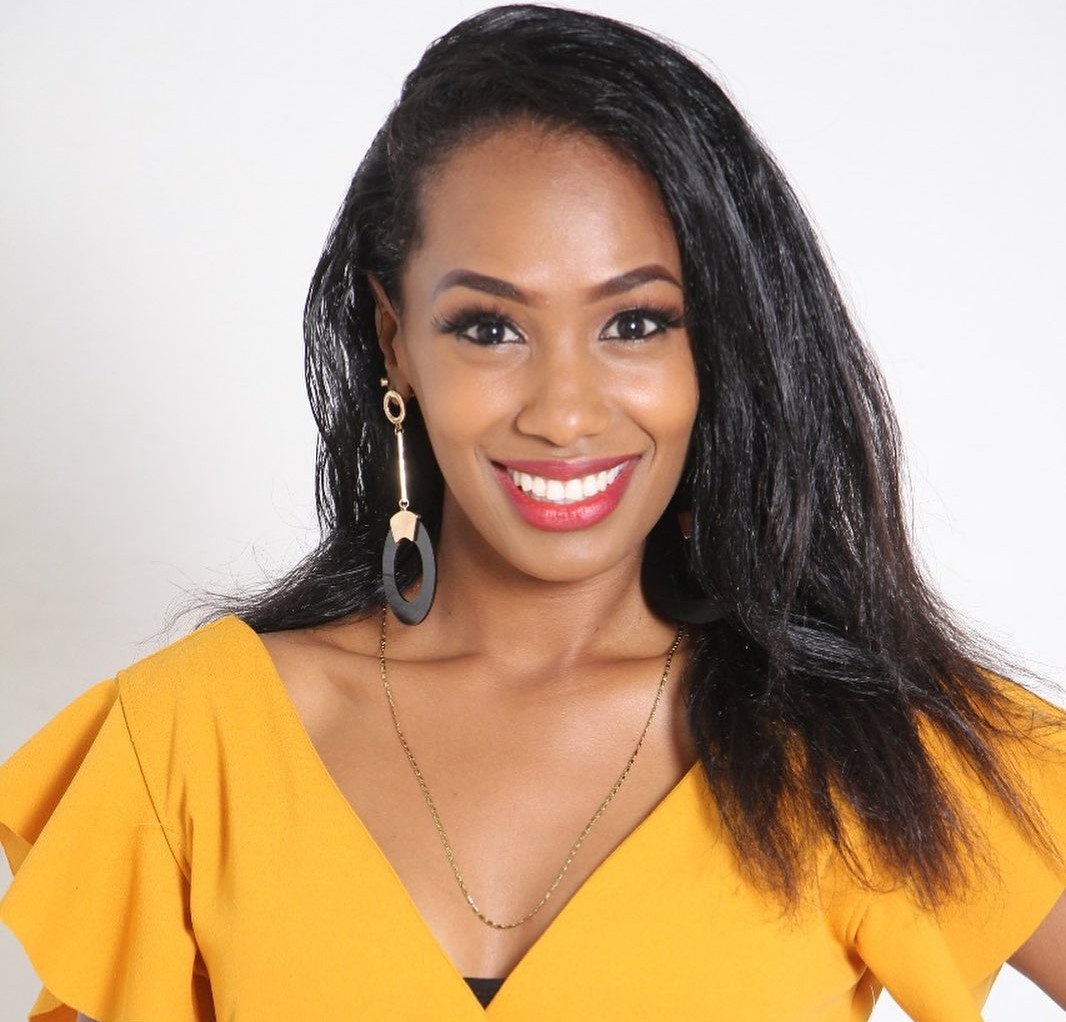 Grace Ekirapa was born on April 26th in Nairobi Kenya. She is a gospel musician, songwriter, and television host. She currently works at NTV, hosting crossover 101 alongside DJ Mo.

Grace Ekirapa as a Tv Host

She is a host of gospel show on NTV dubbed crossover 101 alongside Dj Mo. She was poached from KBC where she was hosting a gospel show dubbed ‘Angaza’. This was after the NTV’s Faith Muturi left NTV after she became pregnant.

Grace Ekirapa is very diverse and that has allowed her to reach more people with her music. Out of all her music Sifa takes the cup for being well written and good video production.

Past Life when She had no Money

The sassy Crossover 101 TV host, Grace Ekipara is not one to shy away from sharing her past experiences with her fans on social media. A while back she opened up about a phase of her life when she fell in love with a man who never loved her any bit.

Now, Grace has reminisced on her broke days through social media. The beauty posted about days she would just sit and wonder where her next meal would come from or where her house rent was going to come from. Part of her post read:

‘I get on my knees every time I remember what my story was a few years ago. The days I survived by having a packet of milk and mandazi for supper and then slept waiting for the next day. The days I went through my phone book a hundred times looking for whom to call just to ask for bus fare to school. The times when the month would come to an end and I would sit wondering where rent was going to come from. The years I survived on the same clothes and shoes because I could not afford to buy even a new pair of sandals. Now I break at His goodness. I celebrate when I head to the shop to buy more than one packet of milk. Now I rejoice when I can get into a matatu and pay fare then receive change eeiii!!’

It indeed can be hard to survive when broke but glad she held on and now lives to give a testimony.

Interviewer: Did Crossover 101 poach you from your previous show on KBC?

Grace Ekirapa: Yes, I was still at KBC when I got this job. It was God’s timing because people would often tell me, “you need to be in another station” and at some point, I almost succumbed to the pressure. But one thing about me is, I believe God directs me in everything that I need to do. I’m always patient.

Interviewer: Is television something you stumbled upon or studied for?

Grace Ekirapa: I did Theology. Immediately after high school, I went to Bible school. I was introduced to my previous boss at KBC as an artist when I was just starting my music career. I went to give him my CD and told him I was interested in television. I went in as a guest about two times and then I was called into co-host. Before long they asked if I could stay and I did, that was in 2012.

Interviewer: After high school, did you know you wanted to study Theology?

Grace Ekirapa: I’ve always had a relationship with God. I had this vision in form three, but it wasn’t clear. So I called my mentor, and when he and his wife came for visiting day I asked about it and they prayed with me. Then another time God spoke to me and said, “you’re going to Bible school”.

Interviewer: Was it a voice you heard?

Grace Ekirapa: No, it was a confirmation inside my spirit and I kept feeling it… I prayed about it and God confirmed it with peace. Most of the time, when it is something He has directed you to do, he will give you peace. That’s how I knew it was His plan.

But I wanted to be a doctor too, a pediatrician. I thank God I listened to the voice because it not only gave me a job but it opened up my life to so many other things. I consult God always.

Interviewer: Did you want to become a pastor when you went to Theology school?

Grace Ekirapa: There are different schools of ministries, for me, it was more of discovering my God-given purpose.

Interviewer: So, not a pastor?

Grace Ekirapa: Not necessarily. Eventually, I knew that would be part of it, but I wanted to know more about Him. From then on my purpose in life was very clear.

Interviewer: How is it working with DJ Mo?

Grace Ekirapa: I know he knows this, he is one of the craziest people I’ve ever met — crazy in a good way. I like the fact that he has such a big heart, he’s not a fake and what you see is what you get. We did not struggle to get on-screen chemistry and I know God orchestrated that. We have fun on set, he is very upright in his work. We do Bible study every week and not necessarily in person. Sometimes I will send him scriptures for the week so that we are prepared for the show. It’s been amazing.

Interviewer: How do you go about stuff like dating when you’re born again?

Grace Ekirapa: We are human beings; we have feelings and emotions and we have that quest to love and be loved back. I was very sure what I wanted; I know I want a spiritually mature man. I can never date a man who is not born again and I have never because spiritual authority from my man is key. I believe in submission and you can’t submit to a man who does not have authority over you. It doesn’t make sense. I always prayed to God to give me a man who loves me. I’ve had a few relationships, I don’t regret them but there are some that I’m not proud of. I believe I got into some of them to learn to appreciate people’s strengths and weaknesses, so many times we meet counterfeits and when we meet the original we appreciate it. They were good people, we still talk and keep in touch but I’m glad God eventually brought the person and I’m glad that I waited.

Interviewer: Did you ever meet that one person that you never wanted to be friends with after the relationship?

Grace Ekirapa: Yes I have (laughs). I won’t snob them when I meet them, I will say hi. But that is as far as it goes because I don’t want to open wounds that I can’t recover from again.

Interviewer: You shared an experience about a previous relationship you had

Grace Ekirapa: Many people write to me about what they are going through. When I wrote that, it was to show people that I’ve been there, too. I was in a relationship where I loved someone and they didn’t love me back. This man would only reciprocate the love when he felt he needed me around, like when he wanted to talk to someone. I felt I’d been there and got out, so how about someone who isn’t able but they want to?

Interviewer: Do you listen to Drake, Rihanna or Fetty Wap?

Grace Ekirapa: Some of those names are very new to me. I listened to a lot of blues growing up: Mariah Carey and Whitney Houston because I loved their voices. Eventually, when I got born again, I’m not saying I won’t listen to them, there are times when I get into a matatu and I find I know a particular song. But to be honest, God changed my desires. When I’m bored or happy I will listen to worship songs. Once in a while, I will bump into those songs but I won’t sit and listen and marinate in them.

Interviewer: Do fun activities with friends have to be church-related?

Grace Ekirapa: I have a very limited number of friends, I must say. My family is my closest circle. Doing stuff like road trips maybe just once in a while, I enjoy them but I rarely get time to do them. To be honest, my social life was at some point out of the window.

Interviewer: Too busy with work?

Grace Ekirapa: And school; then there’s music on the other end. I have many responsibilities. The other day I was telling my sister I need to take time off, switch off my phone and leave it in Nairobi and just go somewhere.

Interviewer: Who is your most trusted confidant?

Grace Ekirapa: My two sisters, Ashley and Julie; we share everything and then there’s my best friend Kui, she is my prayer and accountability partner.

Interviewer: When you sometimes slip, is it emotional, spiritual or physical?

Grace Ekirapa: I think it’s been more emotionally because there are times I would be so cranky when God promised something and it didn’t work out as He said it would. I’ve been there one too many times and I will go back to God and say, “I’m getting too strained, why are you not coming through? You lied”, as much as I know He will never lie. Spiritual, not too much, physical no.

Interviewer: Do you dress?

Grace Ekirapa: Yes I do, apart from Sundays when I get someone to dress me. I’ve always loved fashion, I love to match my colors. If I’m wearing blue, it’s from head to toe. But orange, green and blue? I will be uncomfortable the whole time. No color blocking for me.

Interviewer: Is that your real hair?

Grace Ekirapa: Yes, I’ve been growing it since I was a child. My dad cut it once though, he was pretty upset I can’t remember why. I remember my mum had traveled, she came home and passed me on the stairs, she didn’t recognize me. It was that bad (laughs).

Interviewer: Are there people who shy off from you because they think you will start preaching to them right from the start?

Grace Ekirapa: I started having this experience in high school, boys would approach me at functions, word had gone round that I was born again. I was active in the Christian Union; I was strict. Some would use the Bible to try and hit on me but I would know. Many people don’t know I’m born again. I think my physical appearance isn’t for born again people. People say pretty girls don’t get born again, because they think they are players. 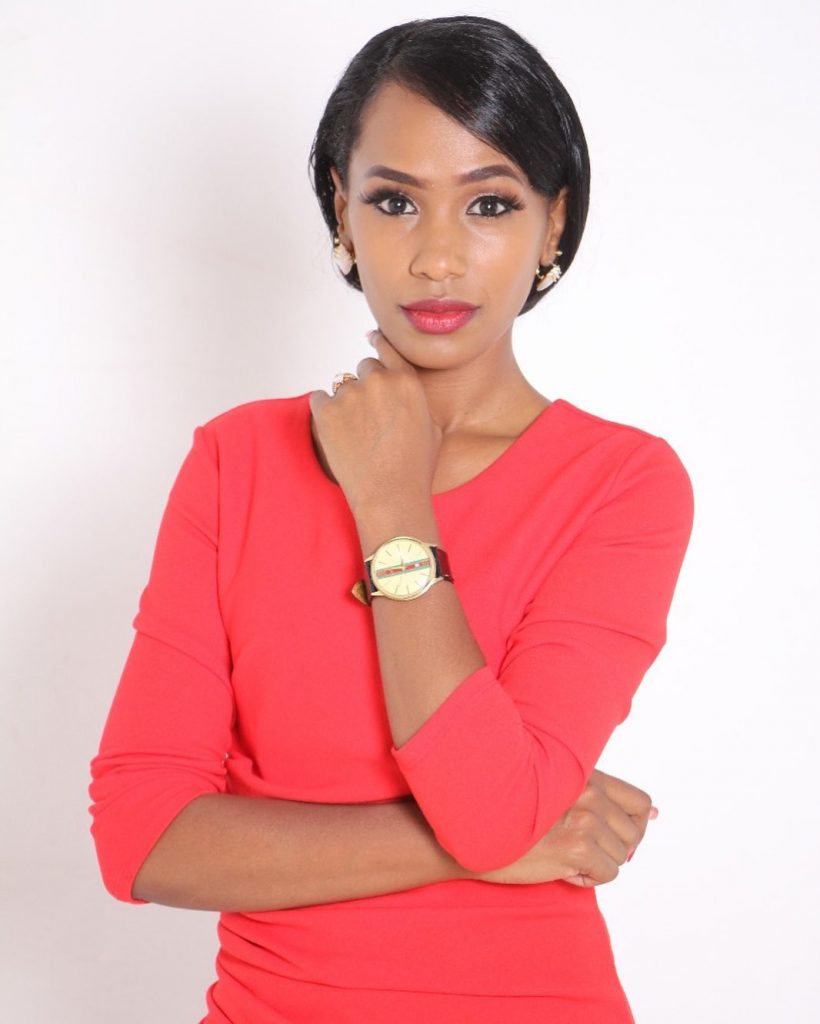