Hellen Muthoni is a presenter beside the Dj covenant at Inooro TV in a show called Rurumuka that airs on Sundays from morning up until 1 PM. She is also a highly talented Kenyan gospel musician who specializes in worship songs.

She is Born again and Follower of Jesus Christ.

Muthoni, who was raised in the village, said life was at its best when her dad was alive.

“My father was very rich and well known in our village that even teachers feared us. We used to go [to school] in home clothes and no teacher would complain,” she said in an interview with Kikuyu Diaspora TV.

One day her father left the house in the morning and never came back. They were to later learn that he was killed in the bomb blast.

Their life changed drastically after her dad’s family chased them away the same day he died.

“We had no option but to go to my grandmother’s home. She was not well off.”

Muthoni’s mother fell into depression. “We were used to a good life, now here we were at my grandmother’s house, which was not even cemented, no power, everything seemed different and difficult,” she said.

After her mother fell sick, it was left to Muthoni to take care of her younger brother.

Her grandmother was a staunch church member and “that helped me and I thank God because my grandmother planted a godly thing in my life. She was a prophet and she made us know God,” she said.

Muthoni said teachers made fun of her and she even cut her hair after changing schools. “My grandmother was always traveling and so I learned all the responsibilities at the age of seven.”

She learned how to bath her brother yet she did not know how to wash. At school, she became a laughing stock as she was always dirty.

Asked if she has met her teachers since then, Muthoni said she doesn’t go upcountry as it brings back many bad memories.

Fortunately, her grandmother stopped traveling and decided to raise her grandchildren. Her mother also recovered after receiving treatment. After Standard 8, her elder sister who had married a doctor helped educate her.

She was mentored by Paul Mwai and James Wanyoike on her music journey. “I wrote my first song while washing utensils at my sister’s house and later Wanyoike helped me record it,” Muthoni said.

She has recorded several songs. She is also a TV presenter. “It is not over until you try, so make sure you do your best.”

Adapted from THE STAR 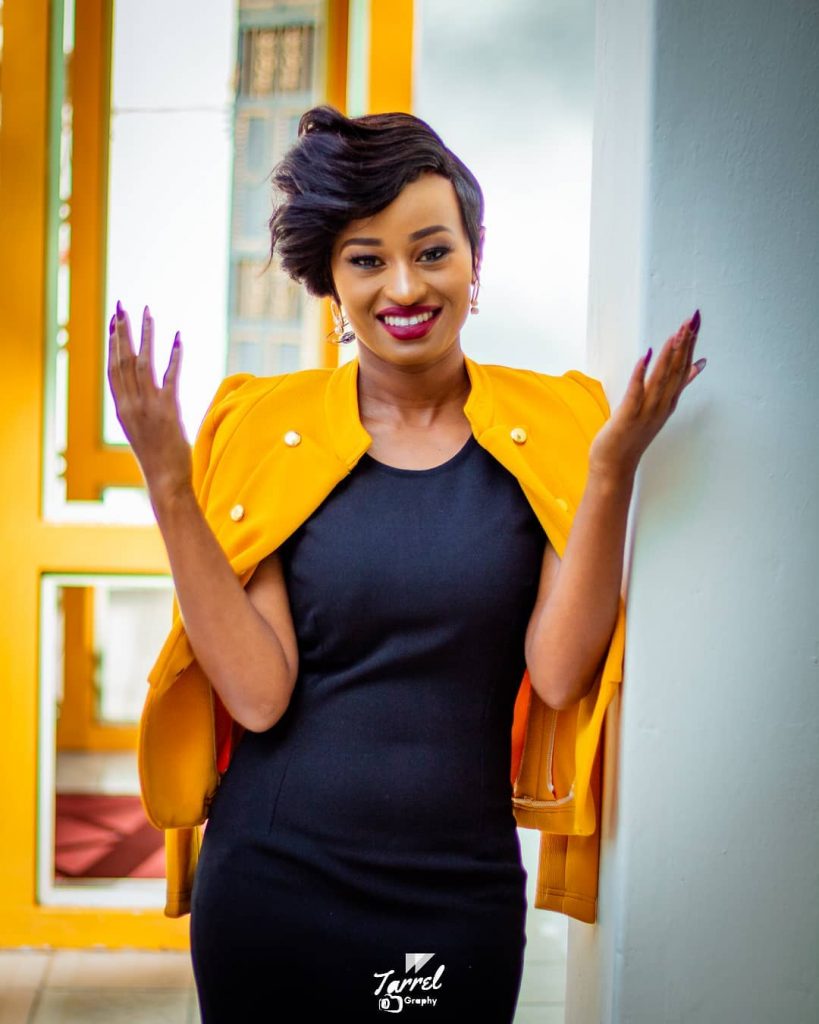