John Krop Lonyangapuo Biography. H.E Prof. John Krop Lonyangapuo is the second and current governor of West Pokot county. Prof Lonyangapuo, a seasoned politician and a member of KANU, recently served as the first senator of West Pokot county before embarking on his journey for the gubernatorial position. He was the former Permanent Secretary for Ministry of Industrialization (2008 – 2010), under the Leadership of President Mwai Kibaki.

Prof Lonyagapuo has risen from humble beginnings to now, a household name in Kenyan politics. Previously, the governor held senior government positions in the Kenyatta and Kibaki administrations, where he served as the permanent secretary-Min of Industrialization (2010-2012) and later on served in the same capacity, Min of Public works (2008-2010) following a reshuffle by the then president Kibaki.

During his tenure as the PS, Prof Lonyangapuo facilitated a lot of development, improving the state of roads and building bridges across the county. He is also credited for initiating academic institutions in West Pokot, Tiaty in Baringo, and Eastern Uganda. The governor, who is passionate about matters education, was appointed the principal of the Chepkoilel campus, which was a constituent of Moi university then, serving from the year 2002-2007.

John Lonyangapuo was born on 10 December 1964 in Kanyarkwat, West Pokot County, Kenya. He is 54 years old as of 2018. Lonyangapuo is a Kenyan by nationality, and he belongs to a black ethnicity.

At the age of 10, Lonyangapuo joined Kanyarkwat primary school, where he sat for his certificate of Primary Education(CPE), then proceeded to Ortum Secondary School for his ‘O’ levels, subsequently emerging top in his class.

Lonyangapuo is a married man. He is married to Mary Lonyangapuo since 1993 (a lecturer at Moi University). He is blessed with children. He has three daughters Rachael (class 4), Abigail (class 7), and (Chenangat), about 25 years old as of 2019. Chenangat did her KCSE in 2011 in Alliance Girls Highschool, who was ranked position four nationally, It was here that Chenangat, the daughter to John Lonyangapuo, declared she wanted to be an environmentalist.

He resigned as PS in September 2012 and ran for the senatorial seat of West Pokot, competing against experienced politicians; Hon. Samuel Poghisio and Rev. Julius Murgor, who then served parliamentarians for Kacheliba and Kapenguria, and minister and assistant minister, respectively. He became the KANU party’s flag bearer, where he won with a landslide, garnering 72 percent of the votes.

The CountyTrak Senator’s approval survey, conducted by Infotrak Research and Consulting on behalf of the Daily Nation in 2015, Prof John Krop Lonyangapuo of West Pokot, was the highest-ranked Senator in the country, with an approval rating of 74.5 percent. He was then referred to as ‘senator 1’ by his colleagues and constituents for his debating prowess and contributions in the senate.

In 2016, Prof. Lonyangapuo declared his interest to run for the West Pokot county gubernatorial seat, which was hotly contested, and he subsequently won during the elections conducted on 8/8/2017. 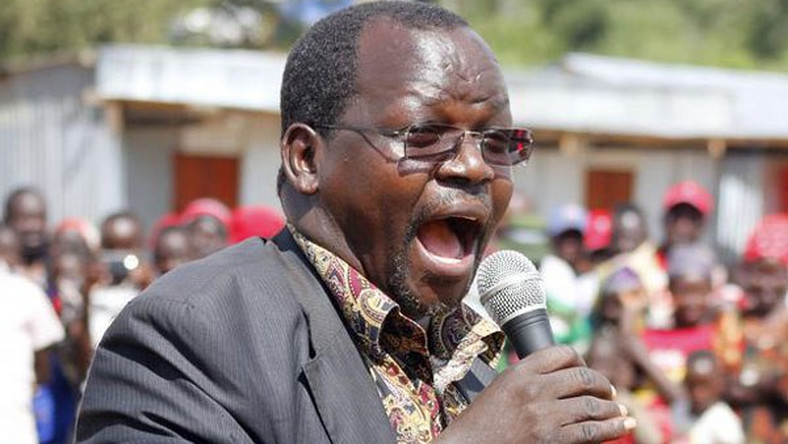 The CountyTrak Senator’s approval survey that was carried out between December 2014 and February 2015 and was conducted by Infotrak Research and Consulting on behalf of the Daily Nation, with 28,200 people interviewed countrywide.

According to the pollster, the survey was conducted through computer-assisted telephone interviews among adults in various counties. Forty-six counties were ranked, leaving out Homa Bay because, at the time, it was not represented in the Senate following the death of Mr. Otieno Kajwang. Infotrak CEO Angela Ambitho said respondents were asked: How would you rate the performance of your senator on a scale of 1-10 where one is extremely poor, and ten is excellent?

Prof John Krop Lonyangapuo of West Pokot was the highest-ranked Senator in the country, with an approval rating of 74.5 percent. 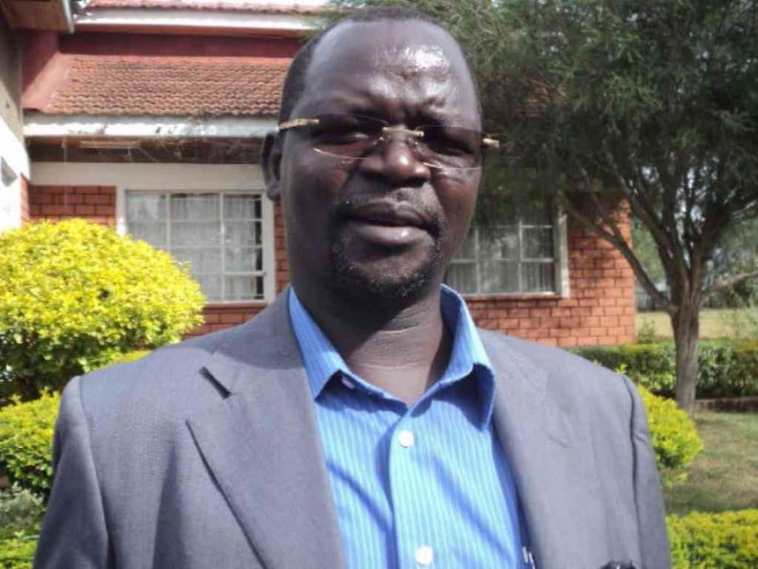 Lonyangapuo a breath of fresh air in our politics

There are governors, and then there is Prof John Krop Lonyangapuo, the governor of West Pokot.

I must admit that I did not know him prior to the famous “kijana fupi amenona round…mulmulwas” video that went viral early this year, in what will go down Kenya’s history books as the speech of the year.

No other speech in our history has elicited such immense ‘meme value’—the capacity for every sentence, and every phrase to be reproduced and repackaged into a joke remains outstanding.

I will also be the first to admit that I had largely ignored the professor and dismissed him as just any other politician until I watched his interview on Jeff Koinange Live two nights ago, and that was when I realized that there is more to Prof Lonyangapuo than mere rhetoric.

Well, I could be wrong because, like any other politician, I have heard maybe one or two unflattering tales about the governor – which is why I am offering a disclaimer here – that time might just prove me wrong, and I might have to swallow my words.

But in the meantime, I will celebrate a seemingly good man and a great leader when I see one.

Away from the silly ‘mulmulwas’ jokes that have nearly become synonymous with Prof Lonyangapuo, it occurred to me that beneath that rhetoric and drama, is a man, a leader, who has made it his life purpose to demystify one of Kenya’s least known counties; West Pokot.

Listening to him – and I mean, really taking time to understand Prof Lonyangapuo – you realize that he is not only incredibly intelligent (he is a professor of applied mathematics), but also a shrewd politician keen on uplifting the lives of the good people of West Pokot.

If Makueni County has their Prof Kivutha Kibwana, West Pokot have in Prof Lonyangapuo an ambassador who is bent on not only changing their livelihoods but changing the ‘cattle rustlers’ narrative that has stuck for decades.

In the interview, Jeff Koinange desperately tried to hammer in the ‘cattle rustler’ and ‘primitive people’ narrative – which to me was a remarkable indication of a small and limited intellect becoming even smaller – but the good governor relentlessly and viciously fought against this description, categorically stating that “the Pokot people you used to know are not there now”.

It is one thing to be a great ambassador for your people, but it is another to have their interests at heart, and that is precisely what appears to me from the avalanche of feedback that poured in praising Prof Lonyangapuo for his efforts.

Among his most admirable efforts is the fact that he has made it mandatory for everyone, young or old, in West Pokot to attend school, thereby introducing and mainstreaming adult education.

Given that Kenyans love a good-humored politician who can once in a while throw a punch and take some knocks too, it is clear that Prof Lonyangapuo enjoys the goodwill and support of millions of Kenyans who are obviously smitten by him.

The ‘mulmulwas’ video was the perfect icebreaker and debut into the national limelight.

Plus, he is sort of ‘fresh blood,’ being a first-time governor and former one-term senator, so there is some excitement attached to this new and fresh voice, though not as young as we had hoped.

That said, the governor could leverage on this goodwill and perhaps use this newly-found national fame to give Kenyans the change of leadership that we have been yearning for decades.

In a country notorious for recycling leaders from the past, maybe Prof Lonyangapuo is the outsider and the breath of fresh air we have been waiting for.

Besides serving the people of West Pokot, he could use this opportunity to demystify our myths and misconceptions about that forgotten county and who knows even use this position to raise a generation of leaders from West Pokot.

He seems to have some excellent development ideas – including apparently leveraging on the foreign contacts of a deputy governor who lives and works in the US to solicit donor funding and medical equipment for his county.

I am just wondering if Kenyans are seeing what I am seeing. Are we looking at a future presidential candidate? Daily Nation

He termed the population outcome in his county as ‘strange,’ saying the numbers are not adding up.

The county has the highest birth rate in the country with a fertility rate of 7.2 percent. Nearly every woman has seven to eight children, the governor reiterated.

The report by the Kenya National Bureau of Statistics (KNBS) indicated that West Pokot has a population of 621,241 people.

The county boss on Saturday attended the graduation ceremony at the West Pokot Teachers College after returning from the US.

He said he would consider taking legal action against the KNBS.

Lonyangapuo continued that he projected the numbers to be between 830,000 and 1.2 million people in the county because it has been leading in the high birth rate in the last eight years.

“We expected the numbers to be higher. Where did they hide our people? Who killed our people? And who is making our mothers not give birth?” the governor said.

Lonyangapuo reiterated that in 2009, the Pokot North sub-County had 156,011 people and that it was interesting to note that the results released in the 2019 count indicated only 134,485 people.

“Does it mean Pokot North women are barren or have refused to give birth for ten years and men are dry? Only a few people have died,” said Lonyangapuo.

Lonyangapuo cited that North Pokot Sub County has more than 200,000 women and 60,000 children.

“Women are many and have given birth to children who have joined Early Childhood Development Education.

More than 540 children are born every month in Kapenguria hospital and 60,000 every year. Only 50 percent of mothers give birth in hospitals. Others deliver at home,” he said.

“There seems to be a plot to economically and politically disadvantage some regions.”

Lonyangapuo said population figures are critical in deciding the share of the national cake that a region gets.