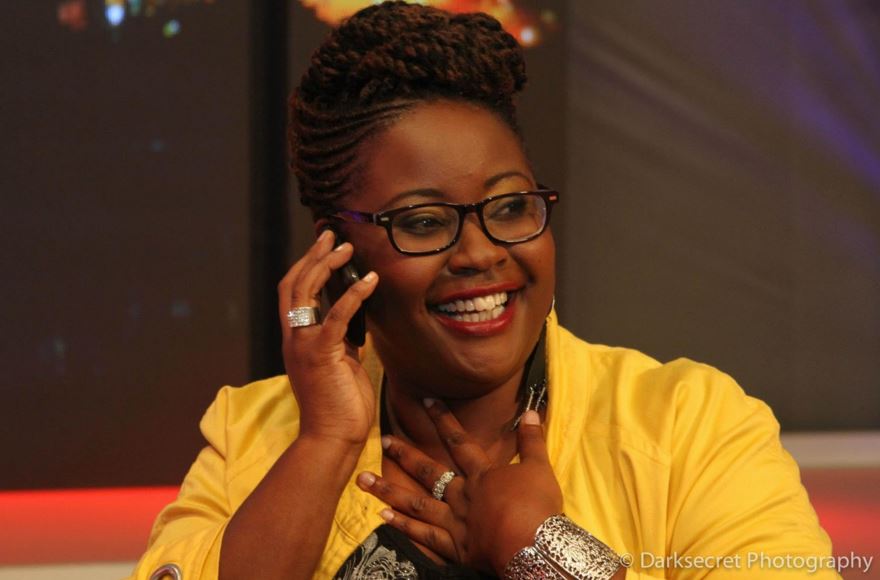 Kalekye Mumo has been described as someone as vibrant as she is beautiful, a Kenyan radio queen, TV host and media personality, movie actress, Musician, businesswoman, and fashionista but what else is there to know about this Kenyan icon. Here are a few other facts you might not know about Kalekye Mumo

She had the humble beginnings of an ordinary Kenyan girl.  Growing up in Nairobi’s Westland’s suburbs, she had a pretty normal childhood, although marred by illnesses. Born to a caterer mum and a dad who worked at Kenya Breweries, Kalekye describes her parents as strict but loving.

In school, she did very well in sciences but knew it wasn’t her thing. After high school, she decided to study media and communications, but her parents didn’t like her choice. Her first ‘real job’ after school was in 2001, at Homeboyz Entertainment. She was an administrator.

When Kalekye Mumo was just three, she was diagnosed with a hip condition that left her immobilized and had a cast for some years.

There was much ado over Mumo’s salary within the period she left Kiss FM in 2016. It was rumored that Mumo was paid 400,000 Ksh while at KISS. This also led to the assumption that she was paid a sum of 4 million (an equivalent of 10-month salary) when she left Kiss. She subsequently landed a deal with Kericho Gold.

There is much fuss about who Kalekye’s boyfriend is, however, she is not in any way pressured to give in to the media’s demands. But earlier in 2017, Kalekye shook the media with pictures of an engagement ring placed on her finger with captions sounding the bells of engagement.

The radio queen has kept her boyfriend and relationship a secret for a long time now and you can bet ears are itching for more.

After graduating, Kalekye Mumo worked briefly at the Turkish Embassy, then she began working at HomeBoyz way back when it was a small deejay outfit based at The Mall, Nairobi. She then moved to do sound production at Rough Cuts. After that, she went to Medeva TV as a sound engineer, then to Capital FM as a breakfast host before leaving for Kiss as a news editor and reader and finally a Drive presenter. Then on the Morning Kiss as a breakfast anchor. In July 2016 she left her job at Kiss 100 to focus on her PR company. 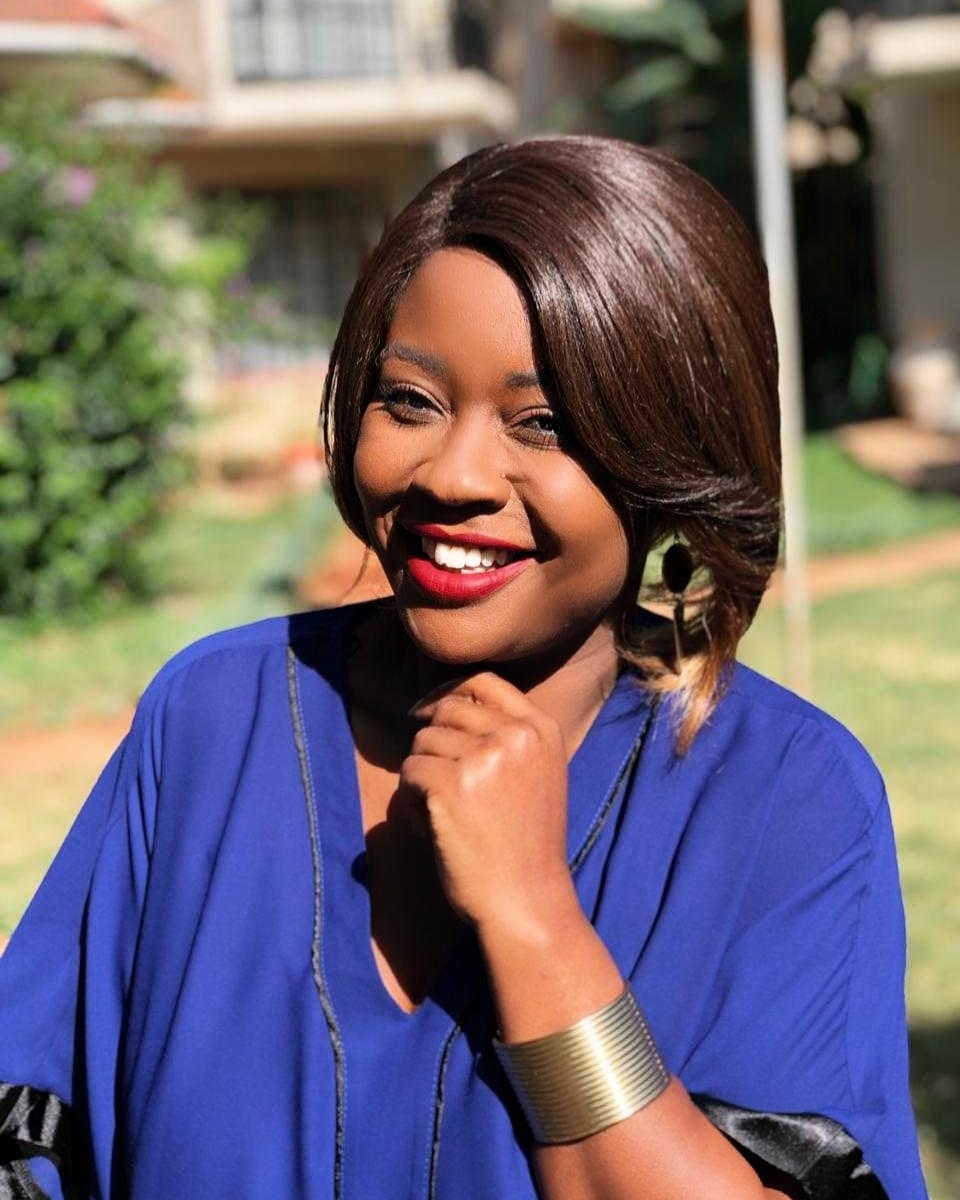 The public had been wowed by Kalekye’s massive weight loss which she achieved through dieting and other recommendations from her doctor. Kalekye lost 40kg! part of what she accumulated when she was withdrawn from her usual vibrant activities.

Growing up, the radio queen was a vibrant promising young girl who took part in all her school’s extracurricular activities including sports, dancing, and every club she could find. Kalekye had continued until she developed hip pain and was withdrawn from all the dancing, athletics, and other sports – and that was when the weight crept in. Though she lost some of it again in high school she gained more weight after her grandmother died, having adopted a careless eating habit.

This had continued until she became a good definition of fat, the wobbly, flabby kind of fat; yes, that one. But she remained ever confident and never paid heed to her numerous fat shamers. She, however, had to slow down following the doctor’s warnings of maladies associated with obesity including blood cloth and the likes. She had taken up a diet plan that paid off with a 40kg weight loss. And the sizzling radio queen went from a size 22 to a size 16!

She wrote, “It’s been a fantastic 10 yr journey on radio…. Talking to you, being part of your lives and even more the experience selling brands on-air has taught me so much. And now after beginning the year celebrating big milestones… I turned 40, lost 40 kgs… I decided to keep it big by opening a PR company. I feel it’s time to give more of my talent and experience to brands and clients directly and the first such brand to believe in me is @kerichogold but worry not #TeamKalekye Tuko pamoja #TheMeIwant ????.”

Kalekye Mumo Back in Radio waves

Barely six months after popular media personality Kalekye Mumo called it a day at Kiss FM, she has landed a major lucrative deal with WG radio FM, an online radio station. Kalekye will be hosting a show dubbed Live & Direct alongside Dj Wabba every Friday from 10 am – 12 pm. She took to the internet to announce the news

In July 2017 she landed a television gig as the presenter of Talk Central on K24.  She replaced Erick Njoka who had been hosting the show.

“Goodbye, #TalkCentral @k24tv. Almost 80 episodes under my tag and proud to have been part of the team led the loyal and super-producer Diana Muiru. I don’t even know where to start with the big THANK YOUs to the amazing guests that I had a privilege to host on the show, and of course to the FANS of the show. Watch out for the new look and face on the show, she is going to be exquisite.” Njoka wrote on his social media. 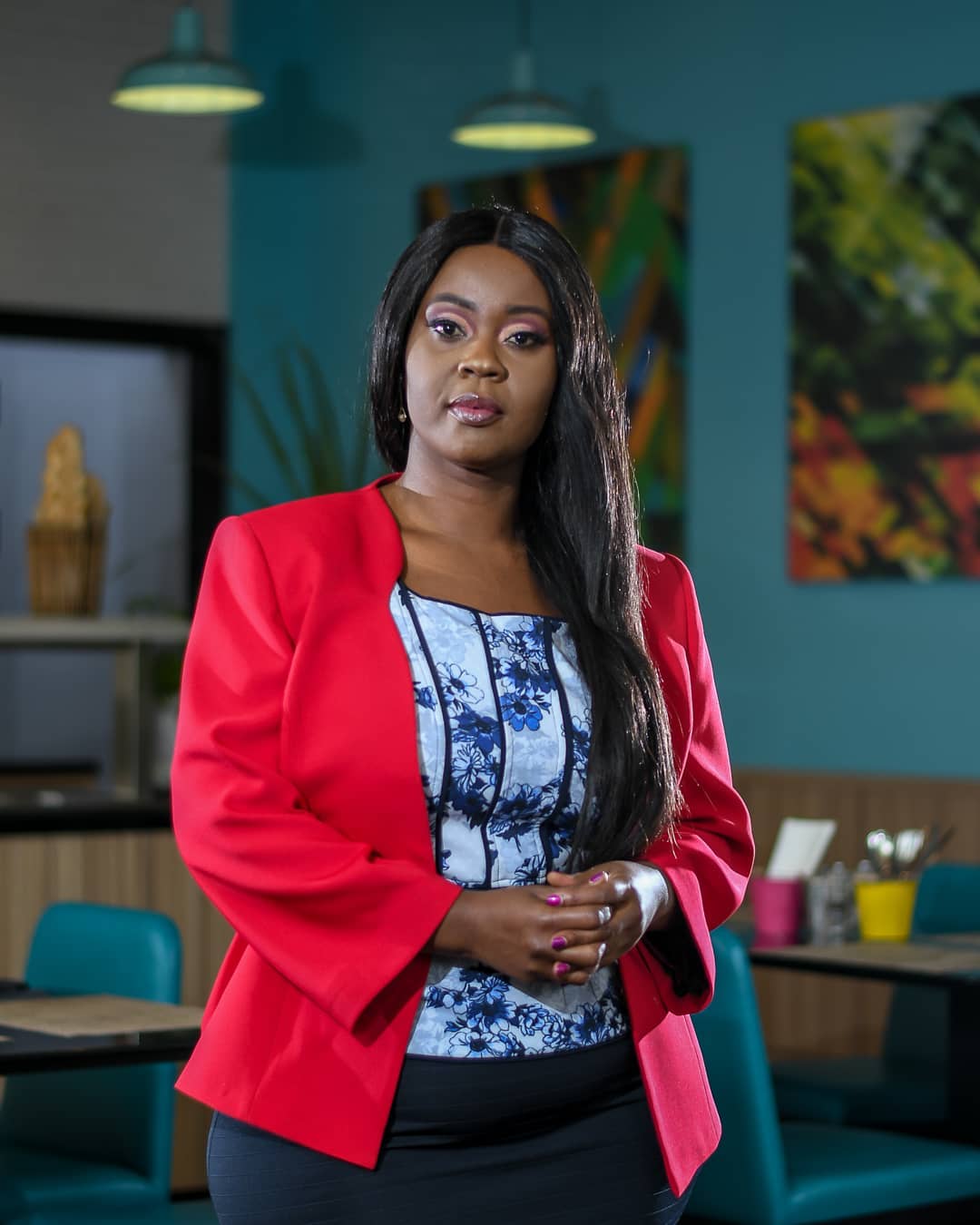 Her PR firm signed a lucrative deal with Kericho Gold which was launching a line of flavored teas at the Villa Rosa Kempinski in 2016.

1 Her weight has never been an issue for her, she loves and has confidence in her curves and we all know that confidence is a very attractive trait!

2. Her ideal man should be God-fearing, financially stable and one who takes control adding that ” I want to come home to a man who takes over the reins.  I will let him. I can be submissive.”

3. Kalekye Mumo has a massive collection of shoes and bags (maybe we can borrow them sometime) and you will rarely catch her rocking the same bag or shoe twice

4. Kalekye Mumo is a whiskey girl, Jameson to be precise! Her first car was a red mini-cooper adding that “I always loved a car with character. A car says a lot about you.”

5. Kalekye Mumo has irritable bowel syndrome (chronic abdominal pain, discomfort, bloating, and alteration of bowel habits) so when she visits you, bread and milk are a no-no!

6. On her first day on air, the morning show host dared her to call up a guy she had met in a wedding a week before, which she did, all red-faced but luckily the feeling was mutual and they dated for a while

7. Her mum is her biggest fan but she is daddy’s girl.

8. Family plays a big role in Kalekye Mumo’s life. Every other Sunday, you will find her home with her family.

9. Kalekye co-hosted a show called Rush Hour with Shaffie Weru, the “bad boy” of entertainment on the KISS FM breakfast show. In the show, they tackled some very serious issues that most radio shows would shy away from. She left the station in 2016 after she had worked there for 10 years.

10. When she was three, she was diagnosed with a hip condition that left her immobilized and in a cast for some years.