List of Top 10 Places to live in Nairobi Kenya 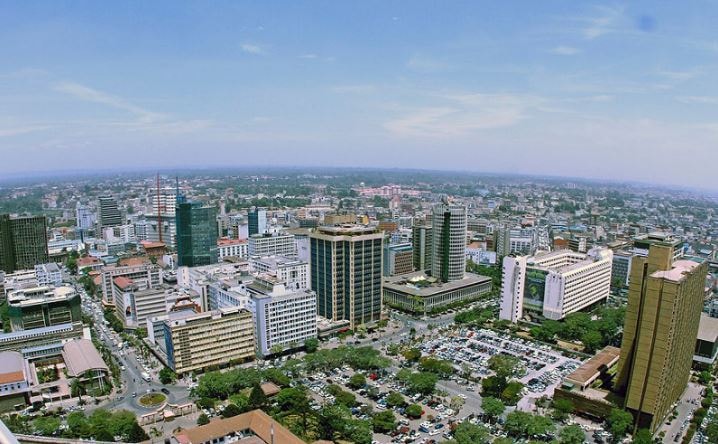 Trust me, nobody cares where you live in Nairobi. But women do. Why else would a woman move out of a spacious two-bedroom apartment in Embakasi to a tiny servants quarter in Valley Arcade, where she can’t even keep a pet?

While a man might agonize over reasons for moving houses, a woman could be chasing a well-heeled man in such a hood.

Indeed, a city woman’s decision regarding where to live can be influenced by diverse factors ranging from the search for the future father of her children, money, business opportunities and even myths and stereotypes about the area.

The Nairobian carried out an online survey on the best neighborhoods to live in…and avoid.

Although Karen is located further away from the city as compared to the other neighborhoods on this list, the serenity, and natural scenery more than makeup for the distance.

The neighborhood is largely considered posh, with the many mansions and villas housing notable people in society.

Karen can be boring for housewives. But domestic workers more than compensate for what husbands can’t provide.

Precious Muigai, who currently lives in Embakasi says her dream home is Runda, Muthaiga or Kitsuru.

“Who doesn’t want an elite gated neighborhood? Besides, most men working at the United Nations offices in Gigiri and the US Embassy, are known to live there. As a single woman, my dream is to get married to a man who either works for an Embassy or a well paying international agency.”

There are modern maisonettes, mixed with commercial developments, but most people who live in these neighborhoods don’t have time to shop or even run errands.

Every businesswoman aspiring to work from the comfort of her house wants to live there.

Nancy Onjiko, who supplies veggies via an online platform in Kilimani, says these places are ideal for a woman looking for a man to keep them.

“The wives here are so caught up in themselves doing their Chama meetups or getting depressed over first world problems that they don’t have time for their husbands,” says Nancy, who is a proud clande herself.

Women love to shop and the closer and cheaper the venue the better. Women who live in these hoods always look good, fashion-wise. You may wonder where they get the money to maintain such a fresh wardrobe but that’s what happens when the flea market is in your backyard.

“The advantage of living in such a neighborhood is that you don’t even plan for shopping. Most of the best pieces in my wardrobe were bought on random evenings on my way to work. The most expensive is Sh1,000 while the rest range from Sh50 to Sh300. I just can’t imagine myself living elsewhere,“ Lucia Mwali, a legal secretary told The Nairobian.

This is where all wannabe homeowners have flocked to. The realtors have not only provided great rates for home and landowners but also tenants.

It also comes complete with what every woman dreams of: a picket fence where you can wave goodbye to your child in the school bus as you walk back with your loving hubby and a Chihuahua.

Carol Karongo agrees to say; “I never liked Syokimau at first, but since my husband had just gotten a job on Mombasa Road, we did not have an option. I, have, however, come to appreciate the place even more than I did with Kileleshwa. The houses are spacious and the children have a big playground.”

Thika Road and its environs are one of the most underestimated neighborhoods in Nairobi.

Even with two major shopping malls, Thika Road Mall and Garden City haven’t made this part of the city receive the prominence it deserves.

“I live right behind USIU which is a very safe neighborhood. It is also a walking distance from Thika Road Mall. The fact that we have the Superhighway now makes it easier for me to even drive to town late in the night,” said Henrie Moraa, who recently acquired a two-bedroom apartment courtesy of her older boyfriend.

She says that she is comfortable there since no one judges her.

“Most of my neighbors are kept women so no one has the moral authority to judge the other.”

ALSO, READ, Uwezo Fund – How to Apply for Uwezo Fund

Women living in these neighborhoods rarely have real things to worry about.

First of all, their men have only one purpose. To love them.

If you check online you will notice that most men who upload pictures with captions like: “Chilling with bae #Sundatings” always check in from these neighborhoods.

Men who live here vary from DJs, senior media personalities, businessmen and diplomats. You will also not miss a random West African who doesn’t mind chopping money on a beautiful woman!

7. Riverside – Places to live in Nairobi

Although Riverside features a good deal of commercial properties and consulates, the serviced apartments and mansions available provide for great living space.

There are a good number of cool restaurants too. Women who aspire to date diplomats and can’t make it to Runda can always live in affordable servants quarters around here to enhance their hunting game.

James Wanjala, a real estate agent, says most of the young girls he rents houses to are there for a purpose.

“They either hangout at DusitD2 or are hoping to hook up with a diplomat from the Australian or German Embassies.”

The Ridgeways area is along Kiambu road before Muthaiga and it includes estates like Garden estate and Thome.

Housing is in the form of bungalows and apartments, some with swimming pools and quarters, and there are cool shopping centers around.

The Windsor Golf and Country Clubs is in the vicinity and is popular for its beautiful landscaping and challenging golf course. There is reliable public transport serving that area but the traffic, especially during peak hours, is a big concern.

Peris Kiriba, a former domestic worker, has been living in her former employer’s house for the last 20 years.

“He had so much property he left me the house. His children tried to object but it was already on his Will and besides, they inherited other properties. I’m not the first female domestic worker to inherit property from an employer in Ridgeways. It’s almost a culture,” Peru’s who now rents out her bungalow confessed. She said that every domestic worker should aspire to work there as they could easily land on some ‘easy inheritance.’

This is the best place to live especially for people with an Asian background as it makes it easier for women to survive and feel protected.

Pipi Arjun, a 20-year-old accountant, says she cannot live elsewhere as “I enjoy being around people we share similar backgrounds to avoid the drama that comes with clashing beliefs.

If we all come from the same school of thought and I don’t have to enforce my lifestyle on everyone then I believe the world can be a better place,” Pipi who runs their family business in South C says.

10. Lang’ata – Places to live in Nairobi

It has always been the breeding hood for future millionaires. Most women who own huge businesses in this city started by selling mitumba in Lang’ata and most seem selfless in sharing business ideas, otherwise what would explain their success?

“I started as a fruit vendor in Lang’ata. We were in a Chama together with other small business operators. We kept saving and finally managed to buy a piece of land. With time we had built flats and later our own houses in the outskirts of Nairobi,” Irene Chebet, who still hangs out in Lang’ata told The Nairobian.

GENERALPlaces to live in Nairobi
0
FacebookTwitterWhatsappTelegram

Uwezo Fund – How to Apply for Uwezo Fund