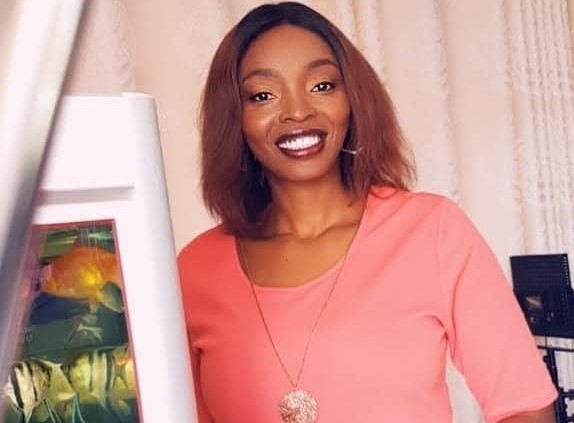 Tina Njambi Wamwati is an outstanding actress judging from how she evokes emotion from her fans when playing the role of Lona – a nosy househelp in epic Citizen TV’s drama series Maria.

In the popular series, Wamwati’s character Lona captures the attention of audiences with harsh responses and the fact that she just can’t mind her business.

On Tuesday, February 11, the 40-year-old spoke exclusively and detailed how fans react to her role, what her real life was like and how she landed the opportunity to grace one of the best drama series in Kenya.

Who is Tina Wamwati and how did you land the Lona role?

Tina is a devoted Christian who loves to inspire others, especially young people. I love speaking into their lives. I also pray a lot and I am so dedicated to whatever I do.

My journey to the show was honestly a miracle. I didn’t know there were auditions. I acted before in Wash and Fate in a leading role as Jacky. After that show, I went behind the scenes in 2016 and put the film industry on hold as I focused on growing my business. However, fans demanded that I should make a comeback, they would even inbox me.

I didn’t study film but I had a passion since I was young. I kept asking God to restore my career and in December 2018, after my pastor pushed us to get out of our comfort zone, I went on to audition for lots of shows. I tried a lot but none came into my fruition. In 2019, I told God I am ready and when auditions were held for Maria Series, I tried my hand as they were looking for Madam Liki’s role.

I landed it but after shooting the pilot, people thought I was too young for the role. For me, it was bittersweet and that’s how I got the Lona role. I love entrepreneurship but when acting, I am in my element and that ticks.

How do you juggle between Lona the nosy house help and Wamwati the devoted Christian?

(Laughs) It’s interesting. Recently, one of my colleagues wondered how do I sleep after portraying that role. I don’t know how I do, but when I get on set, I wear Lona’s face. It was challenging at first but even my younger sister who is my number one fan, could not believe how I managed. She also laughed upon seeing me on screen.

I don’t respond well when insulted as per the script and I am also amazed by myself on how I can do that. In the show, we have embraced our roles and we even laugh at each other. No one takes my role personally.

As actors and actresses, that is what it’s all about. We have to research and ask each other what we can improve. For me, I also started watching films that have roles relating to mine. 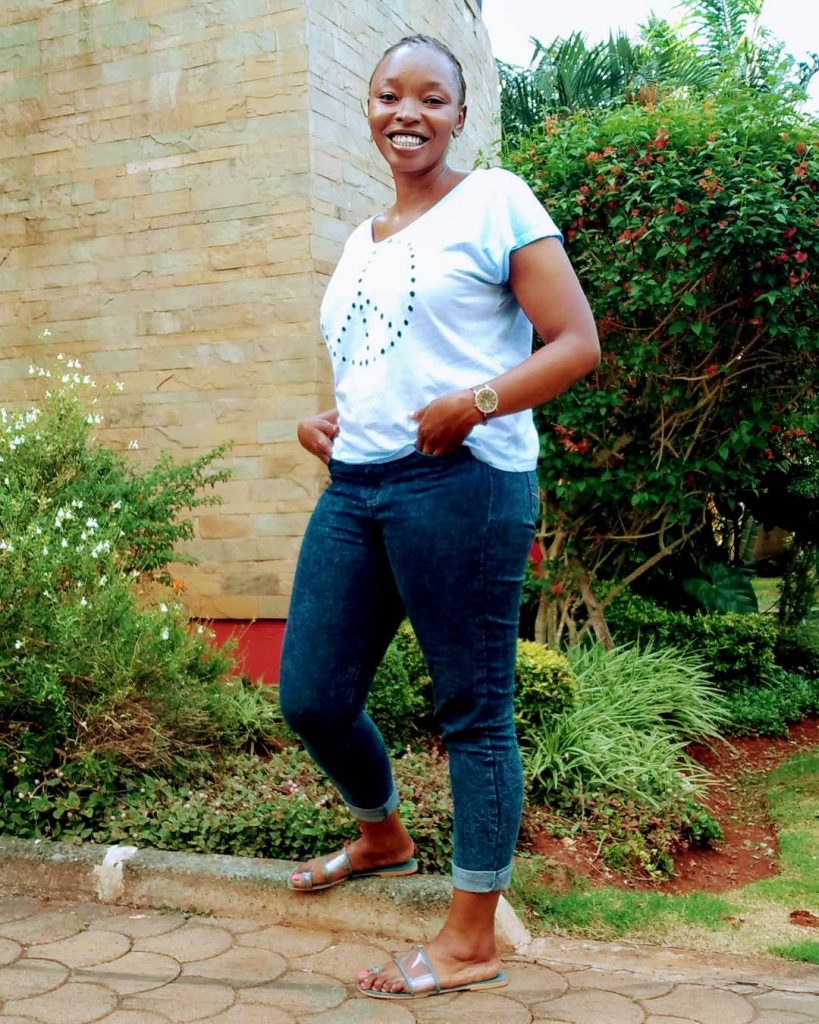 Do you ever receive feedback from the fans on how they’ve embraced what you portray?

Yes. A lot of times. Many people out there believe I am evil. At times they inbox me calling me a bad woman. However, I understand its all about the show. This has pushed me higher and I have embraced it.

We also have the best team in terms of professionals, from the crew to the cast. We encourage each other and have bonded since the first day. We have a slogan dubbed one love which we use to uplift each other.

On the fans, what can you say about them, considering that their love for the show in unending?

However, the turnaround in the following weeks made us realize the show was bigger than us.  The fans turned the pressure around making us better and better.

We need to be at a level where we are excellent and give Kenyans the best of what they want. For me, I am so grateful to God and I have seen his hand. I love Maria fans as they keep us on our toes.

Your colleague Luwi (Brian Ogana) won an award recently, winning Best Actor of the Year during the Talent-Preneur Awards Gala 2020 at the Nairobi Film Center. What can you say about him? And Maria (Yasmin Said) too, isn’t she a great actress?

“On Luwi, I am so excited about him. He is a brilliant actor. I loved it when he dedicated the award to the team. It was so touching when he recognized everyone’s efforts.

On Maria, I keep telling her that she is destined for greatness. She can be mentored to be like Lupita Nyong’o. Her parents should strive to see her succeed as she’s Kenya’s next big star.

Citizen TV power couple Lulu Hassan and Rashid Abdalla are changing the film industry as witnessed through this series. What about the duo stands out?

They are my mentors by force. I am learning from them as they build a film empire. Their work ethic is so honest and admirable. I look at them, honor them and thank them for such an opportunity and for also getting mentorship for free.

They are giants in this industry and I am blessed to be under them. At work, they are always concerned about everyone. I wonder how they manage to care for all of us.

Are you married and do you have kids?

(Laughs) No am not married and I don’t have biological children. I take care of two kids who I call my own. They are my late sister’s children.  She passed away when they were young. They have grown up but I still refer to them as kids.

Do you have any side hustles? When we started the interview you stated that you had a passion for entrepreneurship.

“I have a company that deals with baking ingredients for hotels and companies. It’s called Bakes And Packaging. I also do Ankara (African fabric) as a side hustle and many other things in the business sector.

Lastly. You spend most of the time in the kitchen as Lona. What’s your favorite meal?

(Laughs uncontrollably) I am a true Kikuyu woman obsessed with potatoes. Whether be it fried, boiled, baked, or roasted. I love junk food. Though I am a good cook, I don’t love cooking at all.