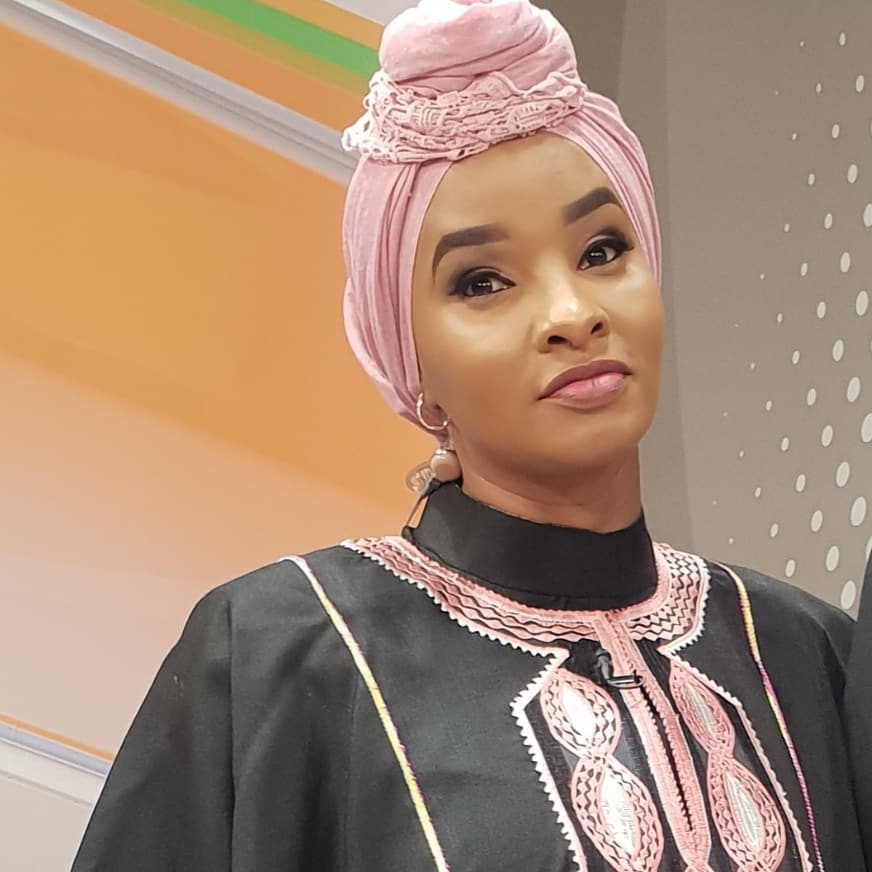 Lulu Hassan’s full name is Lulu Khadija Hassan. She was born in Mombasa County. She hosts Nipashe Wikendi news bulletin in Citizen TV alongside her husband, Rashid Abdalla. She airs the bulletin in Swahili. She is the firstborn in a family of three girls.

Her Birthday is on April 24

Lulu Hassan was born to a Kikuyu mother and a Somali father. She is the eldest of her to sister. Her mother died in 2007, and she took the responsibility of taking care of the children and managing her mother’s real estate properties.

Her mother, Mariam Abu, had both Seychellois and Kikuyu roots, and father too was of Seychellois descent.

When she landed a radio job in Mombasa, she thought it would be good to have journalism skills. So she went back to school and studied Communication and Journalism.

Back in 2008, Lulu was a news presenter at Radio Salaam in Mombasa. Interestingly, she used to read the news in English and not Swahili.

When she was still a presenter at Radio Salaam in 2008, a KTN cameraman informed her there was a crisis at KTN. Two of KTN’s Swahili anchors were going for maternity leave, and they needed someone to step in. The cameraman asked her to try her luck. Being a risk-taker, she went for a screen test, and she was hired.

She later moved to Royal Media Services, where she is and anchor till now.

When Lulu tied the knot with Rashid, her neighbors and friends came in large numbers to celebrate their union.

“When Rashid and I wedded, most guests were people whom I did not know.  Out of love, they came in large numbers to celebrate my big day,” tells Lulu.

Since her late mother was not there to ‘give her away’ as is customary, her neighbors and friends stepped in. For this reason, the soft-spoken newsreader describes Kenyans as loving and caring people.

Lulu Hassan wishes her mother could see her on TV.

There’s nothing like a parent’s approval, and Lulu wishes her late mother could see her read the news. Her lowest moment was when she had just landed her first TV job, and she thought about her mother while she was in the air.

“It was my first day as an anchor, and I got flustered on air when I thought about my mother. I felt so sad. There I was as an anchor, but mum wasn’t alive to celebrate me – all along, she had wished to see me reading the news on national television,” Lulu recalls.

She doesn’t care for fame.

Many people would get caught up in the fame that comes with being on prime time TV, but not Lulu.

“I don’t see being a news anchor as a big deal. Fame does not get into my head. Anybody at home can send me to the shop, and I would go without feeling I am too much of a celebrity for that.”

Lulu Hassan Accident –  Lulu Hassan was involved in a road crash in 2010.

Back in 2010, while working at KTN, Lulu was involved in a terrible road accident. Her left leg was injured, and it is still affected now. The injury keeps her from joining her studio guests in dance, Lulu reveals.

In November 2017, the plate aluminum that was placed on her femur was successfully removed, and she took it to Instagram to narrate how grateful she was.

‘April 19th, 2010. I remember this day like it was yesterday…I was going for an assignment in Kisumu, but on reaching kapkatet, it all happened so fast…I found myself at the Siloam Hospital in Kericho. First aid was being administered. Next thing I knew, I was in the ambulance on my way to Nairobi for an emergency theatre at the Agakhan Hospital.

The next few months would be tough. If you had asked me then if I thought I would be able to walk or be on my feet again, I wouldn’t have imagined that was possible. But; Alhamdullilah !!! It’s been seven years walking with a plate on my left femur…On the 30th October 2017 I finally gathered the courage to walk into theatre for a surgery to remove it …i had been relying on this Aluminium plate for the last 7 years after the accident in 2010…. 7 years that saw my walking style and body posture change ultimately thus affecting my back and work not forgetting the excruciating pain I would have to endure whenever I wanted to lie down…Alhamdullilah after the Monday surgery; the plate is out…i would like to donate the plate to an elderly patient who may need it and cannot afford it ..hit my inbox.

I will be in bed for some time to recuperate. I would like to thank my family, friends, my boss, who always reminded me that I needed to do something…Dr. Thuranira, I don’t know how to thank you, but you made me have faith with our medical practitioners and introduced me to one Doctor Mogire (He is God sent)…… ..To anyone going through a tough time now… Be encouraged. It shall pass. ..’

Citizen TV Swahili news anchor Lulu Hassan is worried that her new-born daughter might disturb her on the set working relationship with her husband, Rashid Abdallah.

The lovely TV couple has been anchoring news together since August 2018, after Rashid left NTV to join his wife at the Royal Media Services TV station.

Since then, husband and wife, who made history in Kenya for being the first couple paired to anchor news together, have wowed many viewers with their on-set chemistry and presentation.

However, with the birth of their third child, a daughter, Lulu, now feels their workplace connection risks being disrupted.

“We have not had a major challenge but what our fear is that now because we have a baby, there might be a time she will not be feeling well, God forbid, and we will have to choose who will be responsible for the baby and who will be working,” Lulu said.

For Lulu and Rashid working together is not anything new. The two together at Radio Salaam in Mombasa, several years ago at the start of the careers.

But that was long before the two fell in love and got married in 2007 in a colorful Islamic wedding.

Other than the newest addition to their family, the TV couple also has two boys. 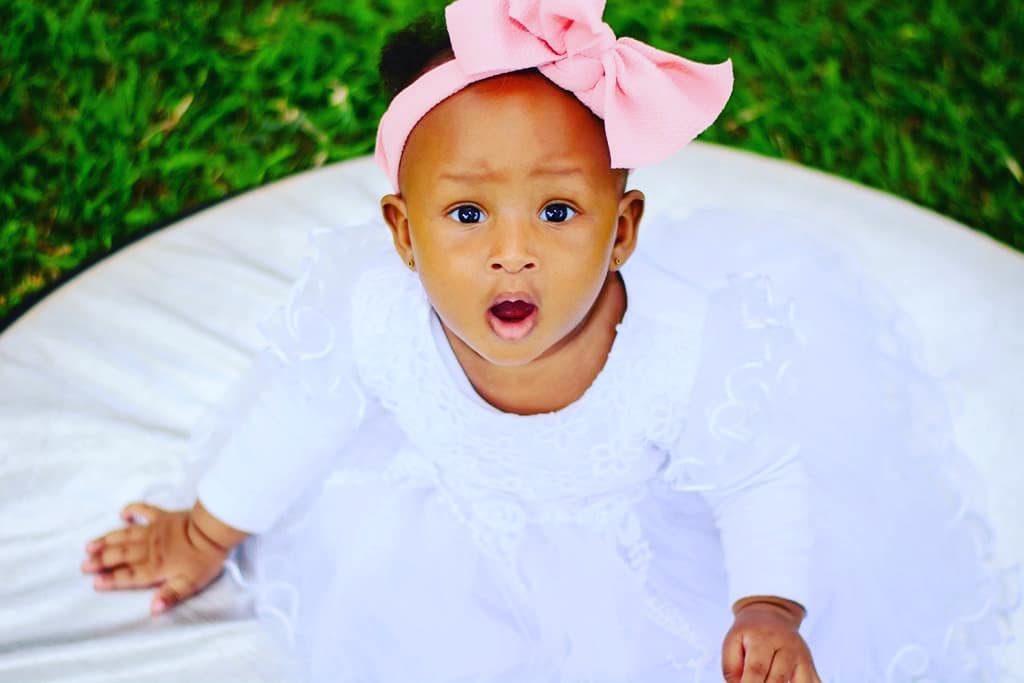 Lulu is married to Rashid Abdalla. Rashid is a Swahili presenter Citizen Tv in Royal Media Services. Abdalla married Lulu at a ritzy wedding on the coast in 2007. They had met while they were still working at Radio Salaam. Rashid says he had heard her voice on Radio, and he was eager to meet her in person. This was just after Lulu lost her mother, and he was there for her through her grief.

Despite having lived together even before marriage, they claim that they did not get intimate. They only consummated their marriage after their wedding. Rashid says he still has the white cloth that is proof of her virginity on their wedding night. “I had to protect her honor,” Rashid confessed in a previous interview with True Love magazine in June 2015. 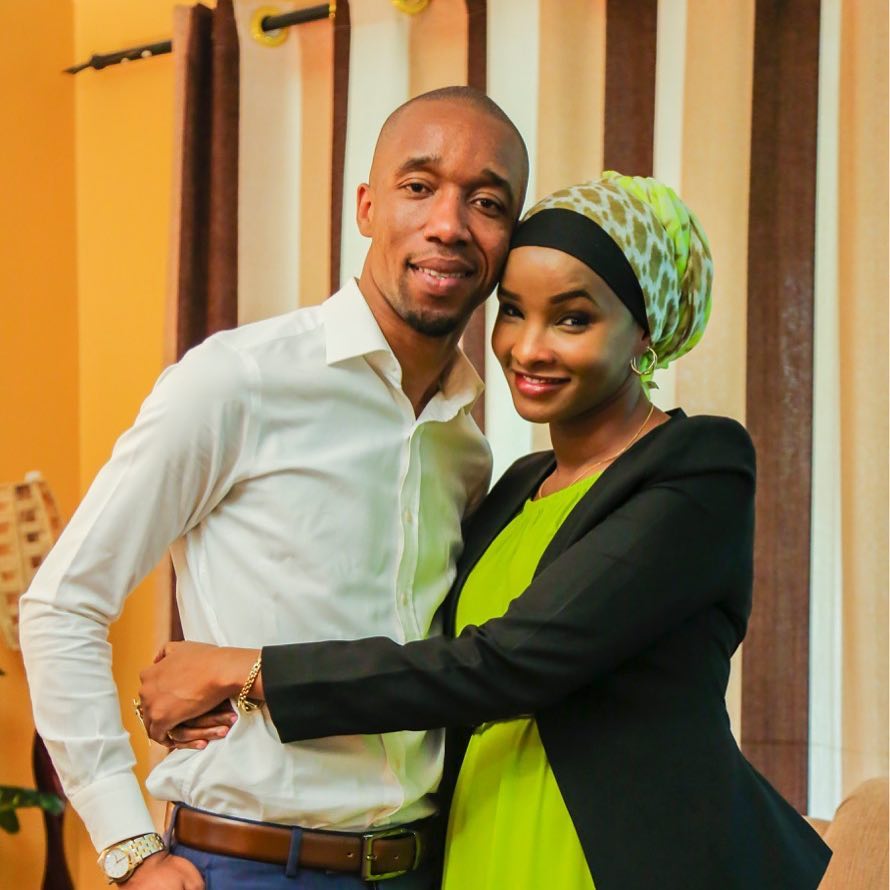 Huba, a production by Citizen TV news anchor Lulu Hassan has won an award in the just concluded Promax Awards. The TV series won Gold for Best General Entertainment Promo award in the event which was held in South Africa.   Taking to social media, the TV queen revealed the news of the award on her Instagram page.

“Jiffy Pictures and Big_one_entertainment is happy to announce that Huba just won Gold for Best General Entertainment Promo at the Promax Awards in South Africa,” she wrote.

Huba airs on Africa Magic Bongo is a product of Jiffy Pictures, which is owned by Lulu alongside her husband and Swahili news presenter Rashid Abdalla. Jiffy Pictures has produced other TV series, among them Moyo, Aziza, Maza, and Mchikicho wa Pwani. One of the couple’s series dubbed Maria recently landed a slot in the popular Citizen TV and is currently airing from 7.30 pm daily. Also, the series replaced her previous production Aziza which aired at the same time every Wednesday.

Lulu is married to TV presenter Rashid Abdalla, and she met him back at Radio Salaam. He’d heard her voice on Radio, and he was eager to meet her in person. This was just after Lulu lost her mother, and he was there for her through her grief.

“When I remembered my mother, I would cry a lot, and Rashid was always there to offer me a shoulder to lean on. With time I grew so close to him. The rest is history,” she recalls smiling.

Lulu revealed that since then, she has always found a friend in Rashid. Together they are blessed with two sons: Jibran, 4, and Irfan, one and a daughter. 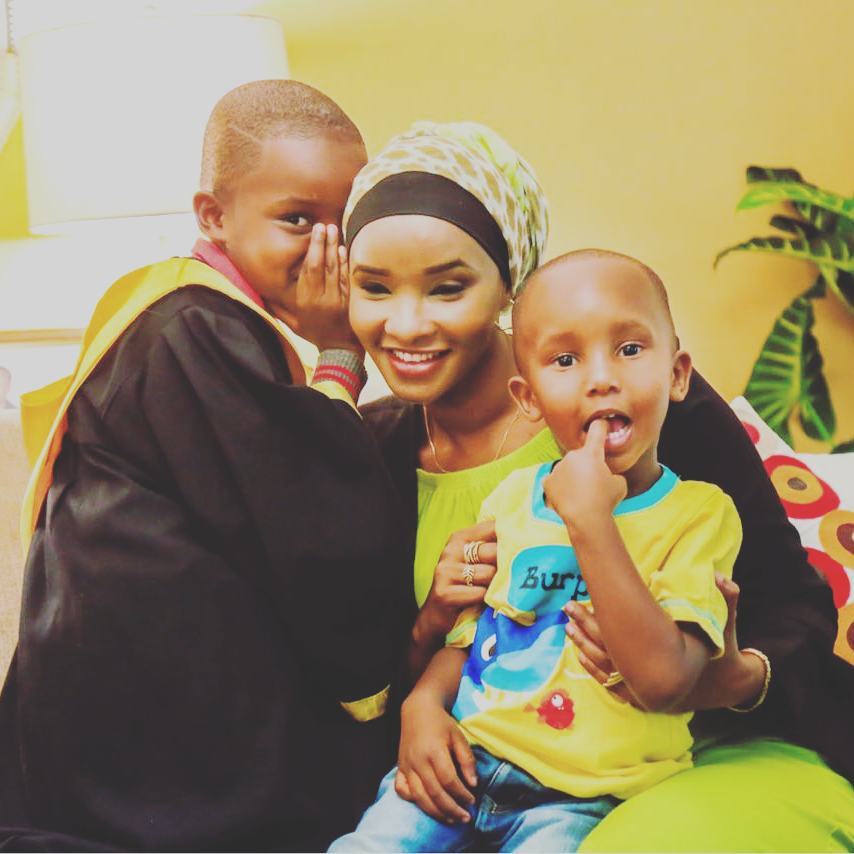 Lulu Hassan with Her two Sons

Citizen TV’s Lulu Hassan is a woman of many talents.

She not only anchors the 7 pm news in Swahili, produces hit local hit shows, but can also speak the Kikuyu language with ease.

In a video posted on Instagram, Lulu converses in Kikuyu with her Inooro TV counterpart Muthoni Wa Mukiri fluently.

They talk about how they spent their Valentine’s Day. The mother of three says it was a lovely day, which she spent cooking for her man. She is married to Rashid Abdalla.

Shocked by her mastery of the language, her fans begged her to post a longer version of the video. Others flooded her page with comments to which she answered in Kikuyu.

How to Apply for HELB Clearance Certificate