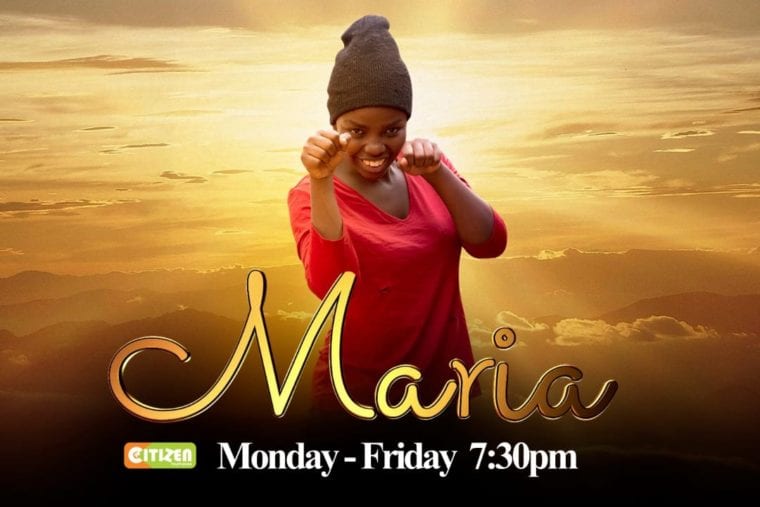 Maria  Citizen TV is an addictive Kenyan series that airs on Citizen TV every weekday between 7.30 pm and 8.00 pm. The show has an unparalleled fanbase in this country since wherever you go, someone is chatting about Maria.

It has taken the concentration of many with a fan even going to social media, creating groups where they discuss how the last episode was and what they anticipate may depict in the ones to come. Its repeats usually air on Saturday afternoon on Citizen TV.

Maria is currently available on ViuSasa and fans can watch at least one show ahead using this platform.

Maria was produced by the power news anchor couple; Rashid Abdalla and Lulu Hassan. The enviable duo are news anchors who host during Nipashe Wikendi bulletin on Citizen TV.

Rashid Abdalla and Lulu Hassan became the first couple ever to anchor news together on mainstream media.

Lulu has been able to produce other shows such as the Moyo series,  Huba, Aziza, Mchikicho wa Pwani, and Maza. Rashid, on the other hand, is a badass scriptwriter and Swahili Voice over artist. The two surely complement each other so beautifully.

Maria is a well-curated Kenyan love drama series that revolves around the life of Luwi, who is the last born son of a very wealthy family. Luwi falls in love with Maria, who is a gorgeous lady from the ghetto. After the death of her mother, Maria is transferred to move in with the affluent family by William, who is Luwi’s father. This becomes the start of Maria having to adjust to this new farfetched life she had never got a chance to experience before. Despite moving to a rich suburb and life, the ghetto in her has not moved an inch. She is still the same humble girl from back then.

All this time, Luwi was in love with a woman known as Sofia. However, after Maria came into the picture, Luwi’s interest in Sofia shifted to Maria, something that angered Sofia. She came up with a plot and staged a pregnancy, and this makes Luwi to hastily do a legal wedding where Sofia ends up as the legal wedded life to Luwi. This, however, does not stop Luwi from loving Maria.

This series is a battle of love that depicts the true characters of people when one’s heart decides.