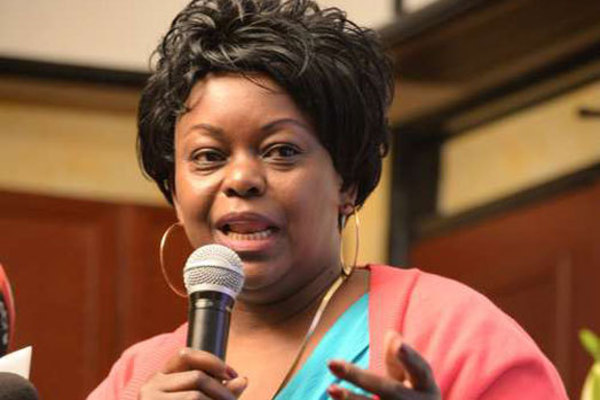 Millie Odhiambo was born Millie Grace Akoth Odhiambo Mabona (born 1st November 1966) and she is a Kenyan politician. She originally trained as a lawyer and has been a member of parliament since 2008. She was first nominated and later elected as a Member of Mbita Constituency, (now Suba North Constituency).

Odhiambo was born in 1966 in Homa Bay to Harrison Odhiambo and Damaris Auma Odhiambo. She is the fourth of eight children. Her father Harrison Odhiambo died in 1973 in a boating accident, a moment that Odhiambo says helped spur her interest in politics.

Millie attended Homa Bay Primary School, St. Francis Girls Secondary School and Limuru Girls High School before she attended the University of Nairobi in 1986. She graduated in 1990 with a Bachelor of Laws degree. She would later study in the United States, Sweden, and Italy.

She began her career in the attorney general’s office practicing civil litigation before moving on to human rights law, with an emphasis on women and children. In 1999 she served as chairperson of Coalition on Violence Against Women-Kenya and from 2000 to 2008 was the founder and director of the CRADLE Children’s Foundation, an organization working to improve children’s rights in the legal system.

Millie married Magugu Mabona of Zimbabwe in 2006. The two first met online and currently have a long-distance relationship.

Odhiambo is a stepmother to Mabona’s daughter Lebo, who lives in Botswana. She has been vocal about her struggle growing up with uterine fibroids, which led to both painful menstrual cycles and difficulty conceiving children.

Odhiambo was elected as a member of the Orange Democratic Movement in the 2013 Kenyan general election. Since taking her seat in Parliament, Kenyan media have described her as “controversial” and “outspoken”. 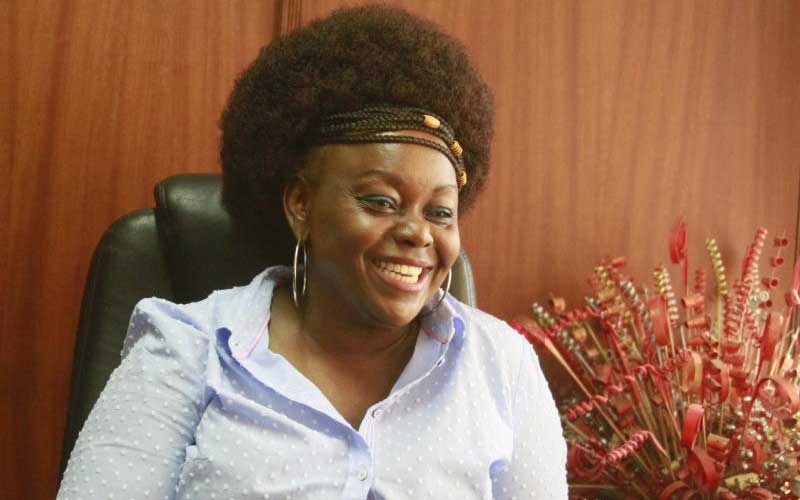 Millie Odhiambo in December 2016 asked Uhuru to stop harassing Kenyans by barring MPs from accessing parliament for the special sitting.

“I dedicated this day to tell the President all the negative things I have. We fought for this country as he was in a foreign land so President Uhuru cannot dictate his powers to me or any other elected member,” she stated.

“Uhuru should start packing for his journey back to Gatundu as he is a fake President as his own backyard is poor. We have come here prepared for death and we are going to Canaan not back to Egypt,” the MP added.

Millie further alleged that the President rigged the 2013 general election and was therefore not elected.

“Who does he think he is, he does not even compare to me leave alone Raila Odinga, tell him he can take me to court. He is extremely stupid and my conscience tells me so….msheenzi,” Millie said.

10 things to know about Millie Odhiambo

1. She calls herself Amilo Geza Geza Mrembo wa Suba (Millie the Suba Beauty) because she is half Luo and half Suba.

2. The Mbita MP does not have any children but has a stepdaughter who is in Botswana.

3. She is married to a Zimbabwean (Mabona).

4. Millie, now 48, met her husband online. “He came at a time I had purposed to block any relationship from my life then he landed from nowhere with a thud into my heart,” Millie told Sunday Nation Lifestyle recently.

5. When she is in Zimbabwe, she cooks, washes clothes and cleans the house. Her hectic lifestyle in Kenya cannot allow her to do all that.

7. If you stole all her makeup, she will hardly notice. “I wear very minimal make-up. Usually, I just douche powder and sometimes not even that. I am a very beautiful woman.  God blessed me with good skin and face – not the best but I can’t complain too much. Then I am a little allergic to lipstick and lip gloss so I skip that,” Millie says.

8. She is proud of her behind. “I am fearfully and wonderfully made I have no apologies for having a good behind because I am not in the business of contradicting God!” she told Lifestyle.

9. She is a lawyer by profession. She started her professional career at the State Law office as a State Counsel. Millie also worked at Fida as a legal officer advising and representing women.

10. Her father, Harrison Odhiambo, died in a boat accident in 1973, a year before he could vie for Mbita parliamentary seat in 1974.

Interviewer: Did your father’s death push you to politics?

Millie Odhiambo: Yes. I like to say I am a chip off the old block. I definitely inherited the political bug from him, though I was probably the least likely member of the family to inherit this trait. As a young girl, I was more like my mother – shy, less talkative, religious, spiritual and not keen on politics.

Interviewer: How was the relationship with your father?

Millie Odhiambo: I was fairly young when my dad died, but I still have vivid memories of him. He loved me a lot, especially because I resembled my grandma and he fondly called me NyaGera (meaning ‘daughter of Gera,’ which is how my grandma was referred to).

I loved dancing so he would play Lingala. He took us to public functions where we got privileged treatment. He often took us out for outings and on drives. I remember my last birthday with him. He bought me and my sister Dottie red and yellow sunglasses. He died two days later.

Interviewer: Did life change after his death?

Millie Odhiambo: Yes it did. Our social network changed. We were no longer invited to some birthday parties. Most of his friends
‘disappeared.’

My mum had to struggle very hard to educate the eight of us. I grew up knowing we were somewhat different. My mum tried her best though to ensure we fit in.

Interviewer: What do you miss most about him and are there qualities you share with him?

Millie Odhiambo: I missed having a father like other kids and wondered whether things would have been different.

Mama would say at times that, “You know your dad would have been an MP in Mbita and we would not be struggling so much.” He also loved the fun and would organize ‘dances’ that were attended by
parents. I am told my dad was so bold and frank.

People in south Nyanza, for instance, feared challenging Tom Mboya in favor of Jaramogi, but my father was one of the very few who could do that. I have also read some newspaper reports about him. He was very critical of the Jomo Kenyatta government. I guess I picked some of those traits.

Interviewer: How were your first campaigns for political office?

Millie Odhiambo: My campaigns to office were very exciting, but also challenging. Even though I had a lot of support, the incumbent did not support me.

I lacked resources and faced violence and propaganda. I have written about my experience in a book titled Political Leadership Unpackaged: Lessons for Aspiring Women Leaders. I was surprised to learn that elected women had not shared their political experiences before. I respect any woman who has vied against men and won.

Interviewer: Is there a particular incident that ‘toughened’ you?

Millie Odhiambo: I have learned a lot over the years. Some of these lessons have lasting impacts that have toughened me. When my father died, I learned about the change of guard.

When my father was alive, we would be driven to the stadium and get the VIP treatment. Whenever there was a fracas, we got police protection, since we were considered children of a dignitary. After my father’s death, I attended an event a month later and as was the norm, made for the VIP section.

But things had changed and I was pushed to the public ‘sun’ gallery. I learned very early that nothing, including positions, are permanent.

Interviewer: In 2016, you vehemently opposed the controversial Security Laws (Amendment) Bill and accused Moses Kuria of what could be interpreted as sexual assault…

Millie Odhiambo: Moses Kuria punched me and apologized the same day. Two MPs tried to undress me and a third was pulling my panty. I did not decide to undress, but simply ‘helped’ those trying to undress me.

I told them I am not ashamed of my nakedness hence they should not try to embarrass me using the same. I have worked for years on issues related to violence against women. All I did was take the ‘power of embarrassment’ from them by showing them their action had no impact on me.

Interviewer: You once said in an interview that you met your husband at a time you had decided to keep off relationships. What had happened?

Millie Odhiambo: I just wanted time out to myself before getting involved in a serious relationship.

Interviewer: How often do you see your husband?

Millie Odhiambo: Before, we saw each other four times a year. Now we see each other more often.

Interviewer: A while back, you said in Parliament that some men have called you a prostitute for not having children. How do you cope with such negativity?

Millie Odhiambo: I felt sorry for the person who called me a prostitute for not having a child. That is a person mocking God because it’s God who chooses whom to bless. I hope he seeks forgiveness from God.

Interviewer: How often do you see your step-daughter?

Millie Odhiambo: My step-daughter is called Lebo. I have a very good relationship with her. We communicate often on the phone.

She lives in Botswana with her father and mother, but we keep in touch and meet once in a while at family events in Zimbabwe, South Africa or when I travel to Botswana.