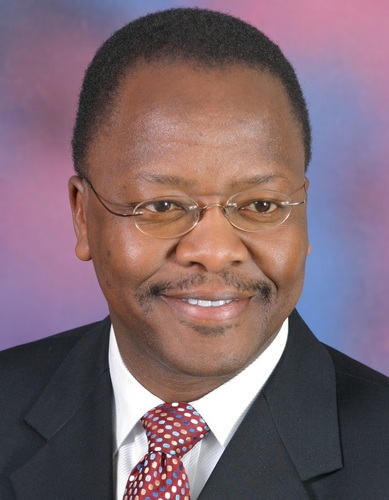 Born in January 1958, Mutahi Kagwe is a tenured Kenyan politician who served as the first Senator of Nyeri County.

Kagwe attended Kihate Primary School between 1965 and 1971, before joining Kagumo High School for both his O and A levels between 1972 and 1977.

He would later join the University of Nairobi to study commerce between 1978 and 1981 and later the United States International University (USIU) between 1988 and 1992 for his MBA.

Between 1987 and 1989  the nominee worked as an Advertising Manager of The Standard Limited and in 1989 he was promoted to the Commercial Manager a position he held until 1991.

In 2002, Kagwe was elected as the fifth Member of Parliament for Mukurweini Constituency, Nyeri County a position he held until 2007.

As a Member of Parliament, he was the Chair of Parliamentary Committee on Finance, Trade, Tourism, and Planning, before his appointment as a Cabinet Minister for Information and Communications.

On October 18, 2019, Energy CS Charles Keter appointed Kagwe to the Energy and Petroleum Regulatory Commission (EPRA) board. He held the position until his nomination back into the Cabinet by President Kenyatta as CS for Health.

He has been one of the most staunch supporters of the handshake between President Uhuru and Raila Odinga and was one of the people calling for the President to seek for the Prime Minister post as proposed in the BBI report.

He was first elected to parliament as Mukurweini MP in 2002 and served in several parliamentary committees before then-President Mwai Kibaki appointed him as the Cabinet Ministry for Information and Communication.

Kagwe is remembered for championing the construction of the transformational East African Marine System (T.E.A.M.S), The first Fibre Optic Project for Eastern Africa. Kenya and the entire region enjoy high-speed internet because of this move.

It was also during his tenure in office that MPESA, the world’s first money transfer system was launched. MPESA is currently a multi-billion venture that is very crucial to Kenyans.

As Senator, his credits include the championing of “The Best Classroom,” an Early Childhood Education program that aspires to promote the quality provision of ECDE nationwide. He has recently sponsored the Cyber Security and Protection Bill currently in the Senate of Kenya.

He was commended with The Elder of the Golden Heart by the President of the Republic of Kenya in recognition of his distinguished service to the nation.

On 14th January 2020, President Uhuru Kenyatta while conducting a Cabinet reshuffle, nominated Mutahi as the cabinet Secretary for Health following a State of the Nation Address from the State House in Mombasa.

Kagwe is married to his lovely wife, Ann Wanjiku Mutahi. Together they are blessed with four children namely, Kagwe, Njoroge, Nyawira, and Kahumburu.

Together they are blessed with four children namely, Kagwe, Njoroge, Nyawira, and Kahumburu.