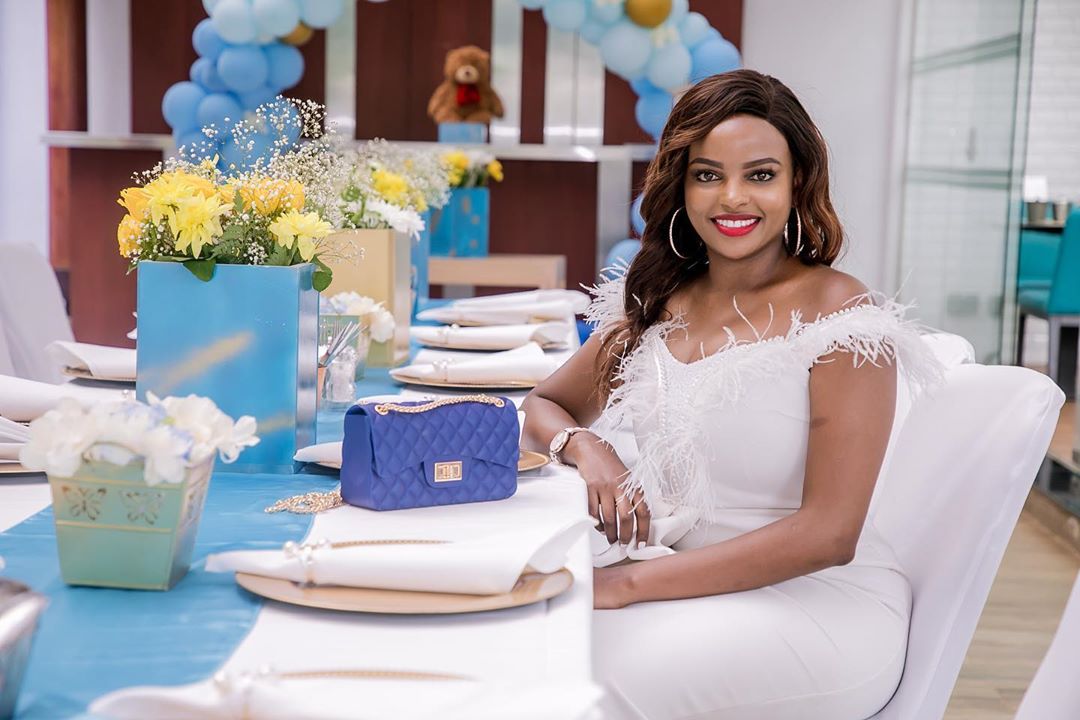 Muthoni wa Mukiri is a Kenyan News anchor, entrepreneur, and actress. She is the founder and owner of Mukiri Hair Hub, a brand ambassador, and lover of life. Her email address is wamukiribookings@gmail.com.

Meeting Muthoni now, you’ll be drawn in by her lively demeanor. As a child, however, cheeky would have been a better descriptor of her. Unlike her elder introverted sister, Muthoni was a motor mouth.

“My elder sibling was more of an introvert, and I was the mouthy one. I actually got into trouble a lot compared to the other siblings. If we were to steal sugar, I would steal too much,” recounts Muthoni.

Talking of trouble, she recounted: “My dad used to bring undiluted juice home when we were kids. On one particular day, I lobbied my elder sister and we drank the concentrate. To cover up what we did, we added water to the remaining juice so that my mum would not notice the change in volume. So when she came, she asked: “Kwani hii juice imekuwa mingi?”

How did Muthoni’s mother respond?

“We got a serious beating! My mum was a devout disciplinarian. My dad on the other end was very strict, and his word was final,” tells Muthoni.

Does Muthoni think she still is cheeky? “No. However, I would say the beating helped me a lot!”

Looking at the polished woman she has grown up to be, you would find it hard to believe Muthoni grew up in shagz.

The second born in a family of four (three girls, one boy) said: “I grew up in Matimbei village in Kiambu County. It’s a forested place. So, I grew up seeing animals and tea plantations.”

She said: “My brother is the last born, and so we the girls used to graze the cattle and goats. We also climbed the roof to set the TV aerial quite often.  In short, we did a lot of activities that society deems ‘manly’. I think that is the reason why, unlike many ladies of my generation, I don’t freak out about fixing some things.”

Having heard about her active tomboy-like childhood, I had to ask why her skin is very flawless.

Much like most children who grew up in the ’90s, Muthoni played bano. Her love for play did not stop with Banos.

“I also used to play hide-and-seek, Kati and kalongo. You know in shagz, there are a lot of bushes. You could find one which has compartments similar to a house’s rooms. I used to play the beautiful aunt from Nairobi. So the ‘family’ used to love me a lot. Nilikuwa aunty wa Nai mwenye hakuwa amewahi kanyaga Nairobi.” 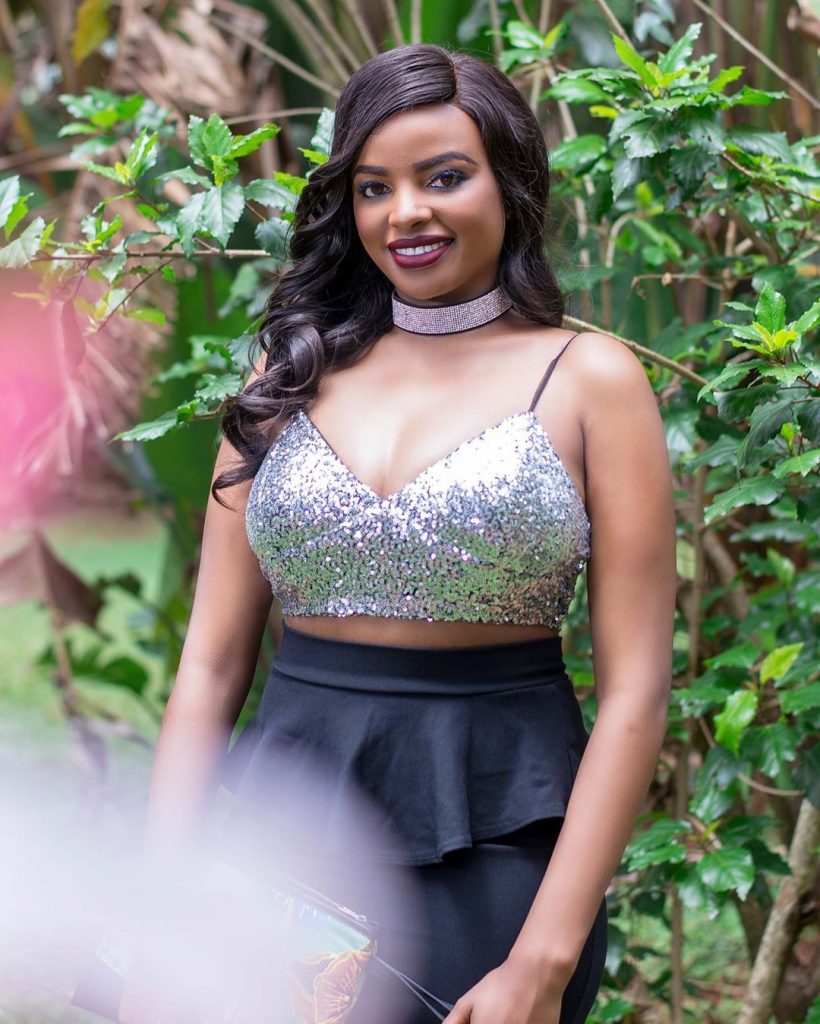 “I used to do plays in Kikuyu at Fanaka and Johari Productions before joining the media. Often the script was written in English – so I had to read it, internalize it and act the script in Kikuyu.”

So when did she cross over to media?

“Later, I joined Kameme FM where I could report and do some voice-overs. With time I found that I had progressed and mastered Kikuyu. I could even write and make corrections on scripts. I love Kikuyu – it is very sweet to talk and listen to,” she said.

Did Muthoni ever see herself becoming a news anchor?

“I would say I underestimated my dream. I did not imagine that I could be a news anchor at a reputable organization like Royal Media Services. But now, I have seen things can happen. I cannot afford to let myself down any longer.”

Despite being very industrious, Muthoni believes her mum’s and dad’s blessings played the part in her success: “I pray a lot, and believe in God. My mum and dad, however, pray more. Up to this point, I believe the family’s contribution has played a huge part in my success.”

When her mum learned of her confirmation as Inooro TV’s news anchor, what was her response?

Muthoni recalled: “She was very excited. She literally called everybody on her phonebook and asked them to watch the Inooro TV promo on Citizen TV. She is very happy!

“My siblings, too, are very proud of me,” she said.

Good news for men! Muthoni is not seeing anyone.

“Currently, I am not dating. I would not want to venture into a relationship just for the sake of being in one. I want something meaningful. I think I am past that age where I should get excited by floss, hype, and swag,” stated Muthoni.

For how long has the sultry TV beauty been single?

“I’ve been on my own since January 2015. For now, I would say I want to concentrate on myself and career,” Muthoni said.

However, if she were to date today, or even in the future – which she says she would, Muthoni has an outline of qualities she would want her man to possess.

“He has to be a man who is very charming, spontaneous, unpredictable and fun to be with. I would not want a man whose next move can be charted. That guy will bore me even before the relationship progresses to a deeper level.”

Further, Muthoni prioritizes courage in a man-especially considering the nature of her career.

If you are intimidated by me, my job or success-then you’re not my Mr. Right. If you are going to be my man, you have to be in charge. I’d love to feel your presence and authority. You do not necessarily have to be a macho man, but you’ve got to be one who understands, loves and supports.”

In the next five years, Muthoni wants to settle down with Mr. Right. Should he be willing, she would like them to raise four children.

Muthoni describes herself as a firm and a no-nonsense woman whom you have to chase to find. She thinks most Kenyan ladies should adopt the same principle.

“Kenyan women give in too easily, and I think that’s our biggest blunder. You can find a man whom you do not necessarily like, but you feel like you click. He asks you out, tells you he is into you, and before he even presses harder, you’ve said yes,” narrates the 26-year-old.

So, why is this a problem?

“The next minute he’s gotten what he wanted and off, he goes. This is a simple chain that has repeated itself over time, and we (ladies) don’t learn. I think we need to set standards, raise the bar and let men chase and I mean CHASE after us,” she added emphatically.

Muthoni, whose favorite meal is ugali Sukuma wiki and beef, says she would not trade her cooking hobby for anything.

“I love cooking. Goodness! If I am not busy on the field seeking news, then trust you me, you will find me in the kitchen working my magic. I like to try new recipes, and would cook literally everything!”

Coronavirus in Kenya – Things to do to prevent spread of virus