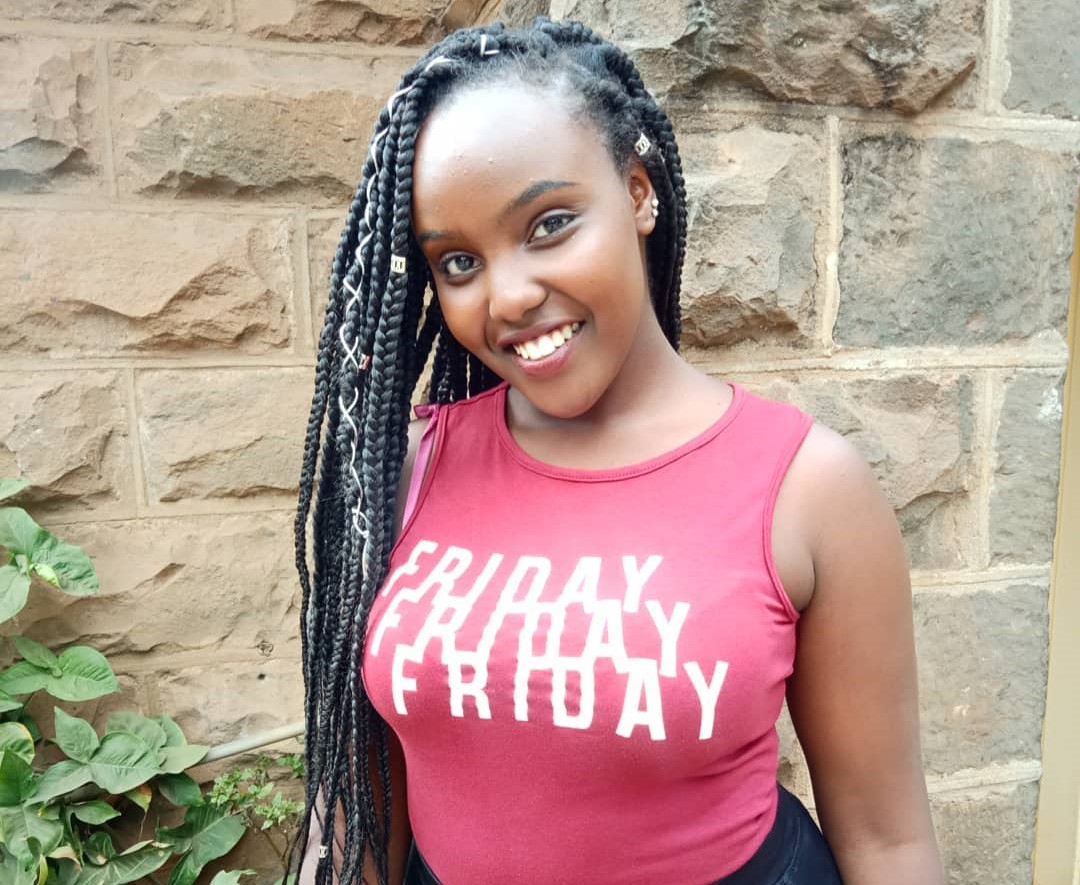 Nikita Kering was born on 26th February 2002 at the Aga Khan Hospital, Nairobi to Anne and Joseph Kering. Her complete name is Nikita Chepchumba Kering’.

She is the fourth born in a family of 2 girls and 3 boys.

Her early schooling began at Villa Imara Academy, Nairobi where she attended Kindergarten before moving to Riara Springs Academy a year later.

She was at Riara Springs for 5 years and when the family relocated to another part of the city, she joined Kilimani Junior Academy in Class 4.

A little while later the parents decided to move her to a different schooling system to tap into her many talents.

She, therefore, joined Nairobi Academy and after 3 years moved to Brookhouse International School where she is currently in Year 10.

She hopes to join Juilliard School of Arts in New York after completing her A’ levels.

Nikita has also been attending Kenya Conservatoire of Music to learn piano and grow her vocals.

Her major Dream is to win a Grammy!

2016:
Nikita produced one of the most successful Father’s day Covers ‘Father how are you today?’ which has 1.5 million views on Facebook.

She was also selected to join The National Youth Choir by UK’s renowned Conductor Dominic Peckham.

Furthermore, she featured on NTV, Victoria’s Lounge; The kids’ edition.

Nikita was again interviewed by K24 on Ari Na Ukakamavu.

She was the lead soloist in the South African Musical, UMOJA.

Nikita was interviewed by Larry Madowo on ‘The trend’ NTV.

She was a TV host for a kids program on Ebru Africa (Wonderbox).

Niki was invited in July to Perform in Washington DC- Gotabgaa International Conference.

Also, she played the main acting role in Kibera Docudrama.

Nikita was interviewed on a cooking show on EbruTV that is the‘Sugar & Spice’ show.

In 2014 Nikita was a radio Co-host on Hope FM, the treasure hunt.

Nikita’s story was featured in the Daily Nation on May 24th- ‘12 years a singer’.

She performed the main role in the play ‘Annie the Musical’.

Nikita managed to get top honors in Nairobi Academy for Best Music student 2013 & 2014.

She performed for the Deputy President, Hon William Ruto at a public function in Meru.

She also featured on KTN’s ‘Jalang’o with the money’.

Again Nikita performed at the Kids Festival at Carnivore, Nairobi.

Also, she performed at the Mwafaka Awards event.

Nikita’s other achievements include:

She was invited to perform at a highly popularized wedding in Nigeria.

Nikita’s first TV interview was at ‘Your Story’  on Citizen TV when she was at the age of 9 years!

She performed for over 60,000 kids and parents at Nyayo stadium during the Kids festival. 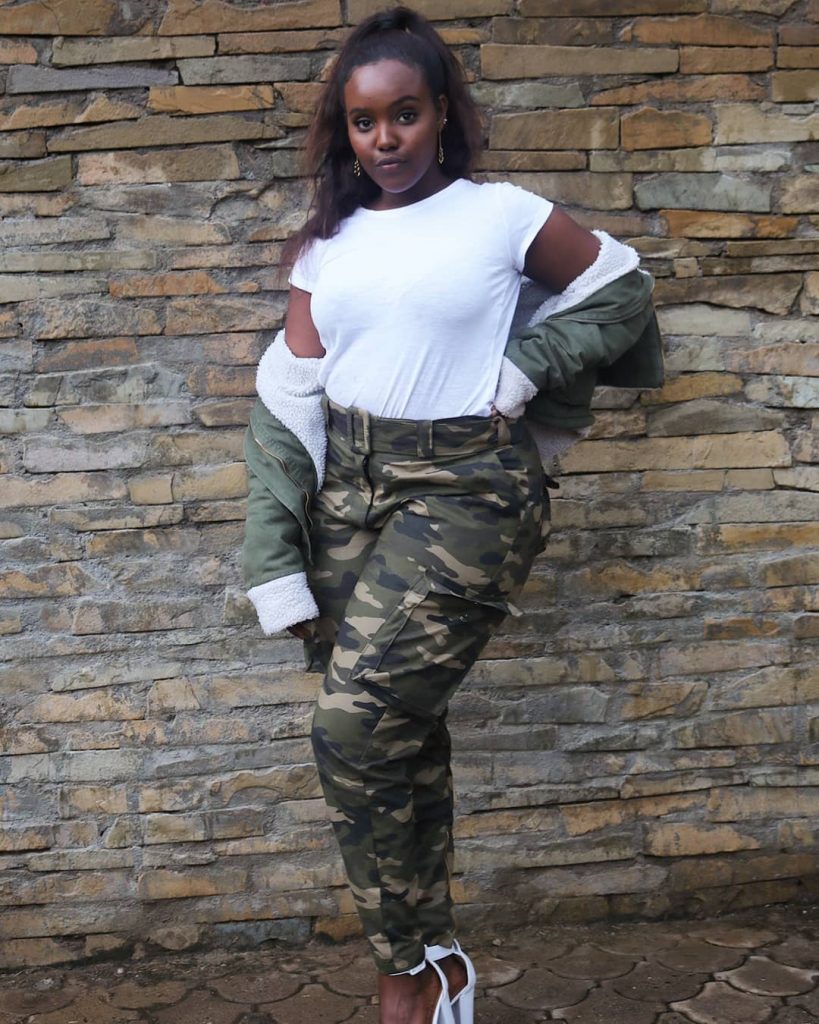 Music In Africa spoke to the fast-rising starlet about her journey so far, how she manages to soar despite being so young, and what the future holds for her.

Having been in music and media since you were three years old, what are some of the challenges of growing up in the public eye?

It has been a very interesting experience. I would say that the biggest challenge has been trying to meet your fans’ expectations while also being the artist/person you want to be. Along the way, you begin to realize that it’s much more satisfying to do what makes you happy.

Singing with Emmy Kosgei brought you in the public eye. How has she inspired you as an artist and what are some of the most memorable performances you have done together?

Well, I got a glimpse of what goes on BTS [behind the scenes] of a famous artist, the struggles of working with a colossal crew, and generally bringing out the best in each performance. The most memorable performance with her would most definitely be my first performance at the Kids festival at Nyayo Stadium. There were more than 60 000 people there, it was extremely cold and we had to run because I was about to miss my performance. It was my first time to be stopped by many people for a photo.

Tell us about your tours, and the different countries you have performed in.

I performed in Nigeria at Emmy Kosgei’s wedding and the Gotabgaa International Conference in Washington DC. I have made music and cultural tours to Cologne, Germany, and Pretoria, South Africa. I have also performed locally in various events including performing for Deputy President William Ruto and former vice-president Kalonzo Musyoka. I have been on the Churchill Show, been hosted by the Trend Live, Victoria’s Lounge, on Citizen’s and KTN’s Breakfast Show. I also did a one-hour cooking show on Ebru TV and was featured by K24 and Kass TV.

Where did you get the confidence to perform at such a young age? Do you get stage fright and how do you deal with it?

[Laughs] Well, I still have stage fright and it seems to be getting worse, as people’s expectations get higher the older I get. I don’t deal with stage fright, I just go up there, and I sing! The nerves reduce as you go on, and eventually go.

How did you get into the National Youth Choir?

I auditioned to join the choir and was among the selected few. I got to be trained by a world-renowned conductor and choral ambassador Dominic Peckham. It was a great experience.

How have you balanced school and music?

Balancing has sometimes been tough, especially when important events coincide with school programs. I am, however, fortunate to have very understanding teachers and parents who help me plan. As a rule, we decided that all my events would only take place during school holidays. This has helped.

Media has been a big part of your life as a radio and TV host. Do you plan to pursue it at some point?

If the opportunity comes I will take it, but I am planning on focusing mainly on music and acting.

You’ve always wanted to be a singing pilot. Is that still the plan?

[Laughs] I used to love flying as a kid, but sadly it has vanished, plus I realized you need to be good at physics, geography, and maths, which aren’t in my plans. But I won’t mind owning a jet in the future.

As the youngest artist to be featured in the Women in Music Concert Series, how did you feel representing women and how did you get that gig?

I was very excited to be among the greats. The organizers called up my mum after watching some of my performances on social media and requested that I perform. It was such an honor.

How did you get in at AMDA and what does it mean for you?

I was encouraged to apply by my music coach. They requested several music videos and I also did an oral interview. I was among the short-listed candidates. They have also paid part of the fee. Being in LA is a dream come true. I’m looking forward to joining some of the best talents in the world and benefit from the experienced coaches and tutors. I believe it will be life-changing.

You have achieved so much at such a tender age. What inspires you to stay so focused?

It’s just the love of music. That’s all the motivation I need.

Many young people think their age and inexperience disqualifies them from achieving great things. What words of advice do you have for them?

Passion carries the day. You can never get tired of doing what you love. When people see how passionate you are about your art, they will support you. In all these, remember that God is the giver. Be humble.

Coronavirus in Kenya – Things to do to prevent spread of virus