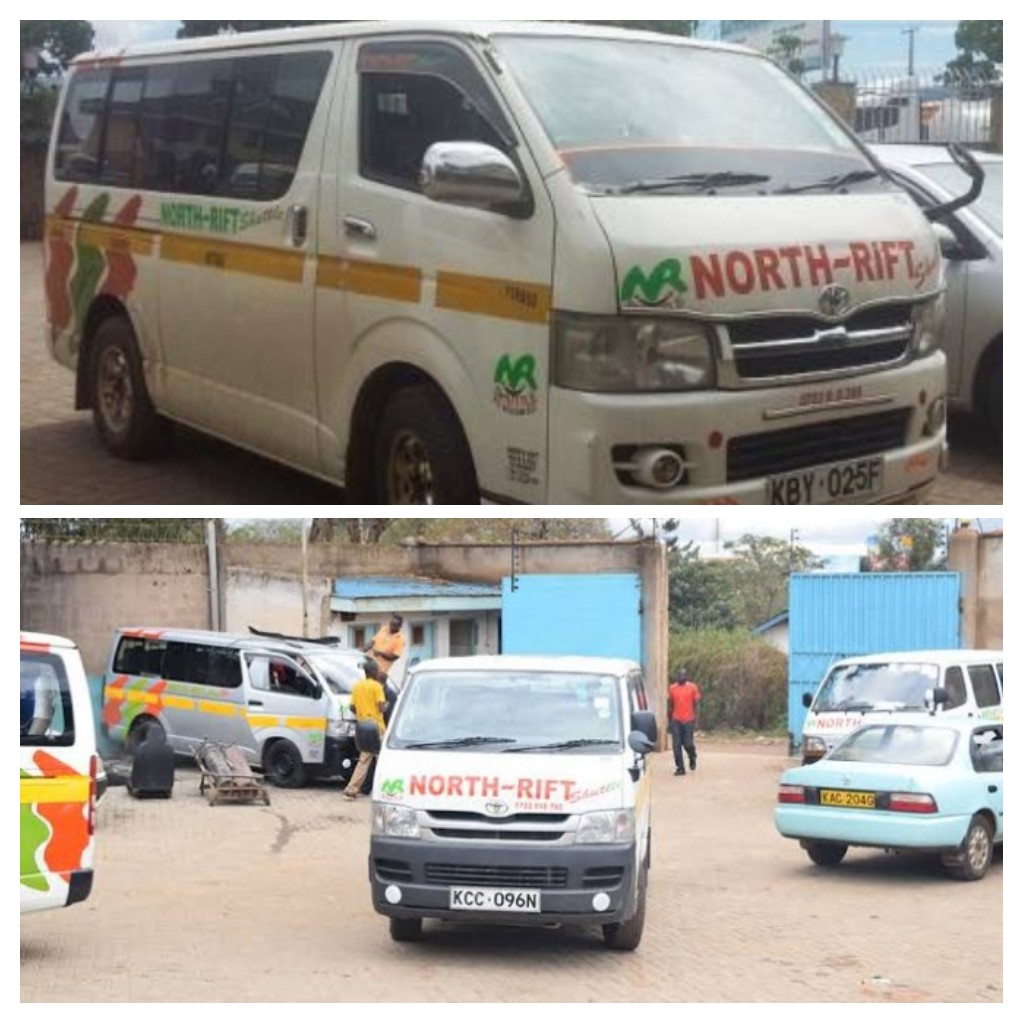 The transport industry plays a crucial role in the growth or decline of a nation’s economy. This is because of its ability to connect other economic activities in perfect unity. In Kenya, the matatu industry has significantly improved the transport sector by facilitating the stress-free movement of passengers from one point to another all over the country. One of the leading SACCOs in Kenya is North Rift Shuttle whose vehicles link Nairobi and major towns in Northern Rift Valley and Western province. The transport industry controls approximately 80 percent of passenger transportation with several matatu Savings And Credit Co-Operatives (SACCOs) being formed to meet the skyrocketing demand.

Listed below are their branches phone numbers and physical address:

The leading service of North Rift Shuttle is to facilitate the stress-free movement of passengers from one point to another across the country. They also provide courier services where they transport parcels and small luggage within their coverage.

As a public transport company with a high reputation, North Rift Sacco is committed to providing quality and competitive services in Kenya as proved by their motto; Comfort and Quality. It started way back in 1988 under the name every time Peugeot Services plying mainly Eldoret to Nairobi route using Peugeot 505 station wagon. Since then, the company has advanced from Peugeot to a fleet of modern vehicles including Toyota Quantum minibus and recently added Fuso Bus. Hence, their new fleet connecting various routes as listed below are loaded with modern facilities and is of comfort class. For instance, their vehicles have soft seats, sound music systems, and mini TVs to keep you entertained and relaxed while traveling.

Here are the major routes of the Shuttles:

While their main route remains to be Nairobi to Eldoret, North Rift Shuttle routes include other towns and cities where their buses and shuttles have stops as shown above.

How to join North Rift Shuttle

Like in other passenger transport companies in Kenya, North Rift fares change from time to time depending on the season. For example, during regular days their price from Eldoret to Nakuru is Ksh.300 but during festive seasons and school opening and closing days the fare jump to as high as Ksh.450. Nairobi to Eldoret fare varies from Ksh.800 to Ksh.1,000. Having known North Rift Shuttle contact number in each town and city, it is essential to communicate with them before booking.

You can easily reach them about the fare to your desired destination and their departure time. In fact, it is now possible to book a seat in advance by calling or sending them a text message. It has embraced modern technology like fitting their vehicles with trackers and speed governors to meet the vital needs of their customers like safety and comfort.