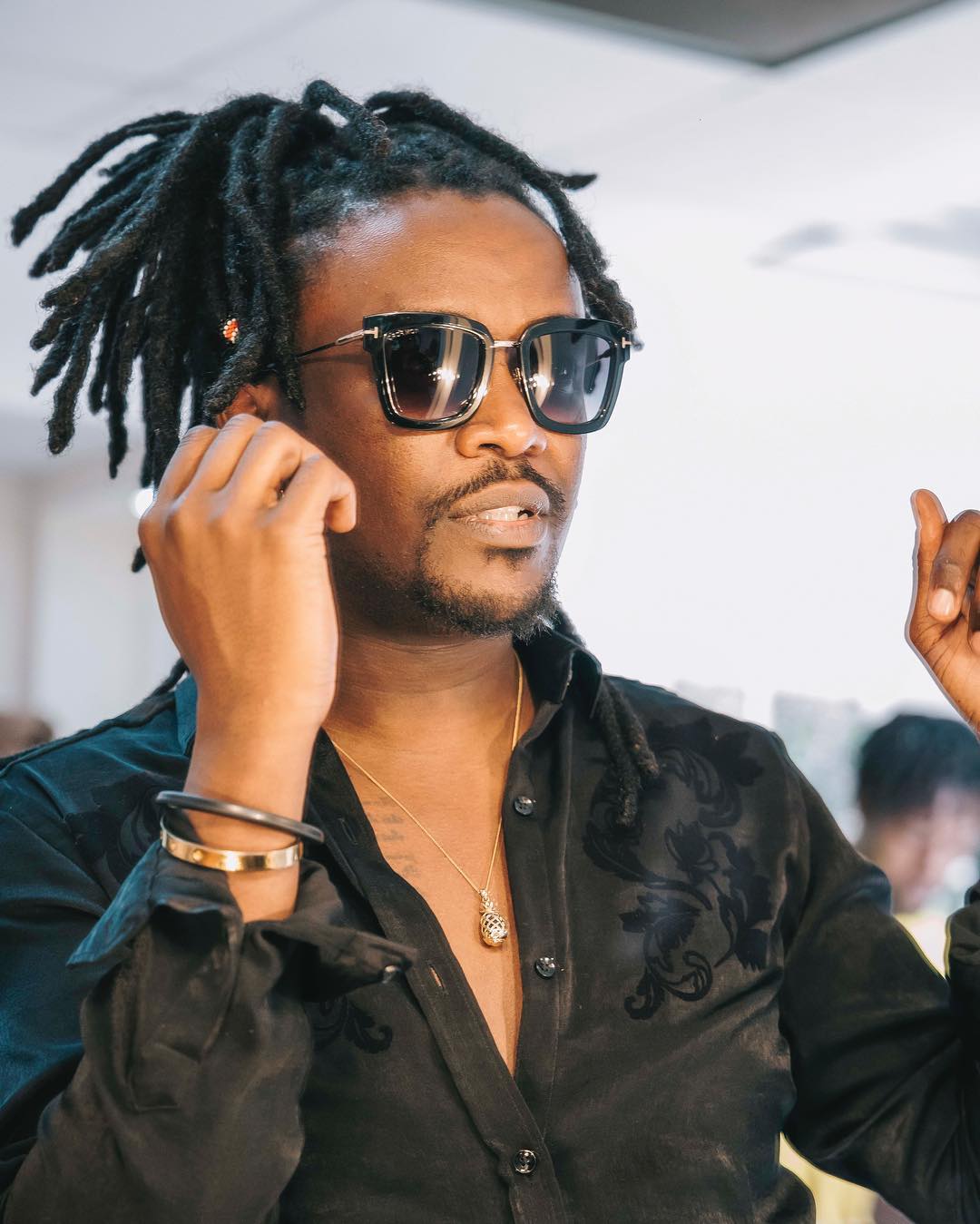 Kenyan artist Nyashinski, whose real name is Nyamari Ongegu, is among the multi-talented rappers in the country with a successful comeback to the music industry. He was a former member of Kleptomaniax music group of 3, Nyashinski, Collo (Collins Majale), and Roba (Robert Manyasa). Nyashinski has a long list of fans and admirers in Kenya and beyond. There is a lot that you do not know about this Kenyan rapper. We, therefore, tell you more about the artist, Nyashinski. Nyashinski Biography. 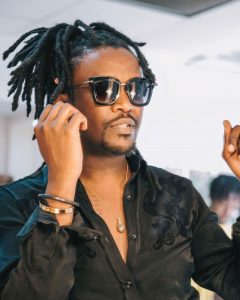 He pursued his degree in Environmental planning management, but he clearly stated in his interview with Daily Nation that he has never applied it directly. Nyashinski pursued his high school level of education at the Nairobi School, where he met his former music group members, Kleptomaniax. The Kenyan rapper believes that his studies made him learn how to work in a team. He says his studies also helped him learn how to think critically, taught him discipline, and helped him to align himself.

I have observed that Nyashinski is good at keeping his personal life away from the public eye. We are, therefore, in the dark about his age, his parents’ names, and siblings. All we know about Nyashinski parents is that they love each other very much with a love story of around 40-years; he revealed that on an interview with Radio Jambo. He also made known to the public that his parent’s shared the unconditional love that inspired him to release his hit song ‘Malaika.’

However, he had a girlfriend. Nyashinski’s girlfriend’s name is Zia Jepkemei Bett, a student at Daystar University. She is famous for being an ex-girlfriend to Eugene Masika and the CEO of Zia label, Zia Collection clothing. The public has been aware of Nyashinski’s relationship with Zia Bett for some time now. This is because their photos together show that the two are extremely happy. Zia Bett also loves keeping a low profile, but she does not hesitate to flaunt her romantic star, Nyashinski, on her social media pages.

Nyashinski has a child currently living in the united states. He recently went on a trip abroad to check up on his child and baby mama.

The two lovebirds got married at a traditional nuptial that was graced by family and close friends. Celebrities like Savara and Bien Aime of Sauti Sol, Big Pin, Talent Manager Mr. Fakii Liwali and Nameless made the guest list.

The ‘Now You Know’ hitmaker is among few celebrities who have managed to keep their love lives private for a very long time.

The former Kleptomaniacs group member took to Instagram early this morning to celebrate this milestone. “A good thing,” he captions a photo of him and his bride; ending it with a love emoji

Zia, who is unknown to many, is the founder and chief executive of Zia Collection. Two weeks ago, she took on to her social media platforms to share her joy of having her first store opened. We are happy for the couple, and we sure can’t wait for a white wedding that might just be around the corner.

According to reports, the lovebirds were pronounced husband and wife at a traditional ceremony held in Nandi County. The singer, whose real name is Nyamari Ongegu, paid dowry and fulfilled other customary demands during the event before leaving with his lover.

Nyashinski started dating the fashion stylist and owner of Zia Collection some years back, and now they have decided to settle as husband and wife. The two had managed to keep their relationship from the public domain until yesterday when they broke the good news.

For the African themed event, the bride went for an Ankara A-line dress and later stuck to the A-Line when changed to a sparkling maroon sleeveless dress. Nyash wore a purple Ankara suit and completed his look with a cane. 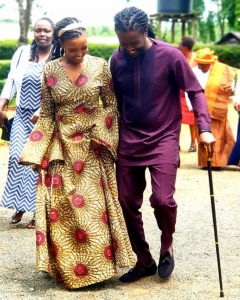 Kleptomaniax was formed in 1999 when they were still high school students at the Nairobi School. The group joined the Ogopa DJ’s label and released their first single, “Freak It” in 2002 and was followed by “Maniax Anthem” and “Haree.” They were picked by Ogopa DJ’s while still in school. In 2004 the group released another single “Tuendelee,” which became their biggest hit so far. The song was written as a response for the “Diss track” by various hip hop musicians (including Bamboo), who criticized the commercial Kapuka music style performed by Kleptomaniax, among others.

Their debut album M4E (an abbreviation for Maniax Forever) was released in 2005. After 2007 the group had a break while their members engaged in solo projects. The group has since made a comeback, but have left Ogopa DJ’s.

After ten years, he came back with a significant hit song ‘ Now You Know.’ He also did a gospel song ‘Mungu Pekee, ’ which is a hit song. He collaborated with Trey Songz in the coke studio.

Nyashinski Kenya identified his passion for singing at a young age. He met with two guys in his high school level of education at the Nairobi School and formed a music group referred to as Kleptomaniax back in 1999. The music group was doing okay, and they decided to join Ogopa DJ’s label to take their talent in singing and songwriting to a greater height. ‘Freak It’ was their first single, and it was released back in 2002. They released other hits such as ‘Maniax Anthem’ as well as ‘Haree.’ Ogopa DJ picked and begun to work with the music group while they were still pursuing their high school education.

One of the most popular songs by Kleptomaniax was ‘Tuendelee.’ It was a diss song released back in 2014 in response to hip-hop artists such as Bamboo, who used to critic ‘kapuka music style.’ The big hit earned them more fame, and they received awards such as 2002 Chat Awards (Favorite Male Group), 2003 Chat Awards (Favorite Male Group), and 2005 Kisima Music Awards(Best Group).

After the group disbanded, Nyashinski traveled abroad and came back to Kenya after ten years. He came with an unstoppable storm to continue with his music career, which has gained him more fame. He has lyrical prowess, and his stage performance is just indescribable. Here are some of the hit songs that are making airwaves in the country.

‘Bebi bebi’ is an R&B song by Nyashinski released in 2018. The hit song has great lyrics that sheds light on one of the most vital issues facing most, if not all, societies today. The surprising bit is that he dropped this great hit on 14th February(valentine’s day)this year. Honestly, it was unexpected. Nyashinski’s powerful vocals are fantastic, and the unique beats crown it all. The lyrics of the song has a message that revolves around young girls not allowing ‘sponsors’ to ruin their right young relationships. Nyashinski tries to tackle that issue from a young man’s point of view. He encourages young girls to wait until their young lovers are in a position to provide for them. ‘Bebi bebi’ is an awesome song that has gained massive acceptance from everyone.

‘Now you know’ is an incredible single hit song released in 2016. The bang dubbed hit unique with an impressive introduction & setting. What makes the track even more unique is the fact that Nyashinski had been away for years and on his return, releases an awesome song. In the video to this song, he is alone and in the middle of a dusty desert. This shows that the Kenyan rapper believes in himself and definitely knows that he is talented. He also praises himself with a sarcastic approach in his rap, making the song great.

‘Malaika’ is a great soul song by Nyashinski released in 2017. After the long hiatus, Nyashinski awed Kenyans by releasing a song that got everyone’s corner of the country impressed. ‘Malaika’ is a romantic and a soft melody that you cannot miss to rewind. The video quality was incredible, with lovebirds enjoying every bit. Nyashinski is full of creativity, and his originality earns him more fame. The reason for this is the fact that the lovebirds also faced common relationship issues, went on their separate ways, and finally, they forgive each other. This song is impressive, thumbs up to the artist, the producer, as well as the director. There is no harm if you dedicate the song to your girlfriend or wife. It is refreshing to make her feel appreciated and loved. Girls love attention, and if you can’t find the right words to express how you think of her, the Nyashinski hit song ‘Malaika’ will sort you out.

‘Mungu Pekee’ is a gospel hit by Nyashinski released back in 2016. The song is still a sensation up to date. It’s powerful lyrics, and great beats make the song cool and worth listening to. ‘Mungu Pekee’ literally means God alone. The message of the song is to tell people that God is the giver of everything in life.