One Champ is Great, Two is Better, UFC NEWS and Many more 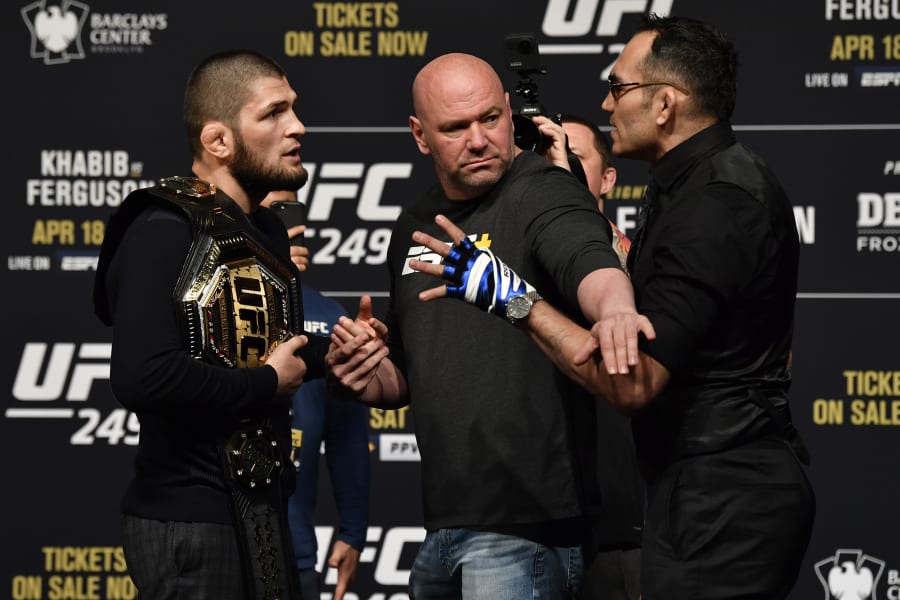 One Champ is Great, Two is Better

Dana White and UFC have created a monopoly in mixed martial arts. Yes, there are other options, like Bellator, but for the prestige, money, and platform, no other organization is able to compete with the UFC’s reach. While this is great for the brand, fighters don’t have much leverage when negotiating for payment. Francis Ngannou won the UFC heavyweight title last March by knocking out heavyweight stalwart Stipe Miocic.

However, when negotiations between White and Ngannou stalled, the UFC set up an interim title fight between Derrick Lewis and Cyril Gane. When Gane knocked out Lewis, he became the interim champ. Much like with NFL odds, the fight between Gane and Ngannou will be highly anticipated and take place at UFC 270. But the UFC has a history of putting together interim title fights following disputes with fighters.

Aljamain Sterling became the bantamweight champion by defeating undisputed champion Petr Yan in a controversial fashion during UFC 259 in March of 2021. Yan, who was likely ahead of the scorecards, hit a downed Sterling with an illegal knee to the head. The referee had verbally warned Yan not to throw the strike, but Yan did so anyway, dazing Sterling. It was ruled Sterling couldn’t continue and he won a DQ.

What has happened since that day has been a mess. Sterling’s injury forced a long delay for a rematch. The original rematch was slated for UFC 267, but Sterling having a neck surgery pushed it back to UFC 272. Cory Sandhagen stepped up to fight Yan for the title, with Yan winning a comfortable decision to claim the interim title. However, Yan, who still feels Sterling was dishonest about his injury in the first fight, is itching to get another shot at Sterling and become the undisputed champion.

Tony Ferguson Could Never Get Right

Tony Ferguson’s career may be more remembered for the fight he never had – Ferguson was supposed to fight Khabib Nurmagomedov several times, but a litany of issues prevented the fight from happening – then the ones he did. But Ferguson, who won 12 straight fights over a period of 2013 to 2020, did get his moment in the sun.

Conor McGregor had decided to give up the lightweight title to pretend he was a boxer and fight Floyd Mayweather in a circus bout in 2017. So, White decided to match up Ferguson and Kevin Lee for an interim title at UFC 216. Ferguson won the bout with Lee but would have the interim title stripped from him after he suffered an injury. Ferguson would have another shot at the interim lightweight title in 2020 but ended up being knocked out by Justin Gaethje in a broil brawl.

McGregor winning two titles, but never defending either caused the UFC a lot of problems. For the lightweight title, Max Holloway and Anthony Pettis were supposed to fight in a title eliminator fight at UFC 206. However, once headline Daniel Cormier was forced to drop out, White made it an interim title fight. It was an especially bizarre choice because the division already had an interim champion, Jose Aldo.

Aldo, who was famously knocked out in 12 seconds by McGregor, was supposed to have a rematch by the Irishman, but he declined. Holloway would beat Pettis and then beat Aldo, the other interim champion, to unify the titles.

Whatever you need, boss

Randy Couture made a debut at light heavyweight at UFC and fought Chuck Liddell for an interim championship despite being on a two-fight losing streak. Couture, who had already won UFC gold at heavyweight, would go on to become the first fighter to win championships in two weight divisions. Couture knocked out Liddell in the third round. Once the champion, Tito Ortiz returned from injury at UFC 44, Couture won a decision to unify the belts.

Darijo Srna – the eternal captain of the Croatian national team