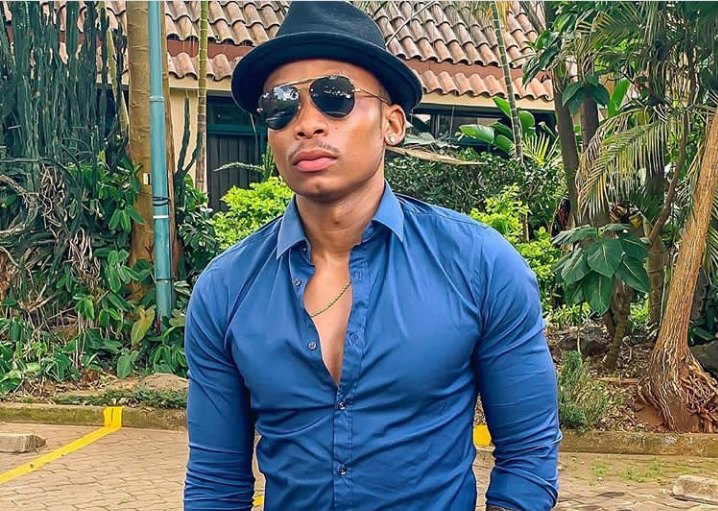 Otile Brown is a Kenyan Kiswahili RnB musician. Otile Brown is also a songwriter, dancer, and actor. Otile Brown is not his real name as people may think; only a few people know about his real name. He says that his parents gave him an amusing name and so he keeps his real name private. Otile has a unique way of singing thanks to his amazing voice that makes his fans go crazy every time he steps on stage to perform. Enjoy reading our Otile Brown Biography because we have written the best biography for your beloved musician.

Otile Brown’s age is not well known, but some sources reveal that Otile Brown was born in the year 1995 on 22nd March.

Otile was born and raised in the coastal city of Mombasa. Otile was born last in a family three brothers and a sister, and being the last born, Otile admits you get maximum love and support from parents and siblings.

Otile Brown discovered his music talent when he was only twelve years old, and he told his mother that he had a talent in music, but the mother never wanted him to make music. He was advised by his mother to focus on education. But still Otile recorded songs on tapes and on some occasions the mother would listen to the songs, she liked the songs but advised him first to complete his education.

After completing secondary education, he officially began practicing music in Mombasa, but the music industry in the coastal city of Mombasa was not that brilliant. Besides making music in Mombasa, he had other two jobs. He was tallying at KPA company, and at the same time, he was making soap for a company known as Diamond.

Otile could save money while working for KPA company and Diamond company. After saving enough capital, he relocated to Nairobi to start a sandal business (the Maasai sandals). He started off the business with one sack of Maasai sandals, and he sold these sandals by means of hawking. Unluckily, the stock decreased, and so he had to order for new stock from Mombasa. He sent money for the latest stock, but the person who he sent money squandered all the money, and so with no stock, the sandal business collapsed.

With no job for himself in Nairobi, he turned to act as a source of income for survival. He did stage plays at Kenya national theatre and also did acting in NASWA, a comedy show aired on citizen television. At Kenya national theatre, Otile, on some occasions, used to share a stage with H Art the Band, and Modecai, a member of the Band at one point, asked him to join H Art the band, but Otile declined.

While taking part in acting at Kenya national theatre, he had also enrolled in a music school, and he frequently attended music classes. Then one day, he met Willy M Tuva, and they talked in length. Willy M Tuva asked Otile Brown to record all his songs in a CD and take it to him in the studio. Otile did as he was told, recorded all the songs in a CD then went to the studio, but instead of meeting Willy M Tuva, he met Jalang’o.

Jalang’o took the CD and promised to call Otile. Otile waited for Jalang’o to call him and after three weeks of waiting, Otile received the life-changing call from Jalang’o. Otile met Jalang’o again, and Jalang’o admitted to him that the songs were good. The songs were raps mostly, so Jalang’o advised Otile to stick to singing for he sang well.

Jalang’o offered to help him, and so he asked Otile to choose one Producer between Wyre and Dr. Eddie. Otile decided not to work with Wyre because he believed that being both a musician and a Producer, Wyre was totally a very busy man. Otile chose to work with Dr. Eddie under Dreamland Record  Label. In fact, Otile was the first musician to be signed by Dr. Eddie in his record label Dreamland music. Jalang’o sponsored Otile Brown’s first music project at Dreamland music. The following are some of Otile’s songs produced by Dr. Eddie: Dejavu, Everything, and Imaginary love featuring Khaligraph Jones.

Otile Brown worked with Dr. Eddie, but misunderstandings between them arose, and Otile had to terminate his contract with Dr. Eddie. Otile narrates that he had plenty of music projects that he asked Dr. Eddie to produce, but Dr. Eddie kept on promising that he would sponsor the projects, and in the real sense, he had no cash to sponsor Otile Brown’s music projects. Otile Brown decided to look for a serious producer.

Otile Brown rose to fame after the release of ‘imaginary love,’ a song he featured a celebrated Kenyan rapper, Khaligraph Jones. His other song that led to his full recognition is ‘Alivyonipenda’ in which he featured King Kaka. Otile Brown wrote the lyrics of this song, and before releasing the song, he received a call from King Kaka who requested to feature Otile Brown in a song, but Otile asked King Kaka to first listen to his track ‘alivyonipenda.’ King Kaka liked the track, and so they worked on the track to release a massive hit song. 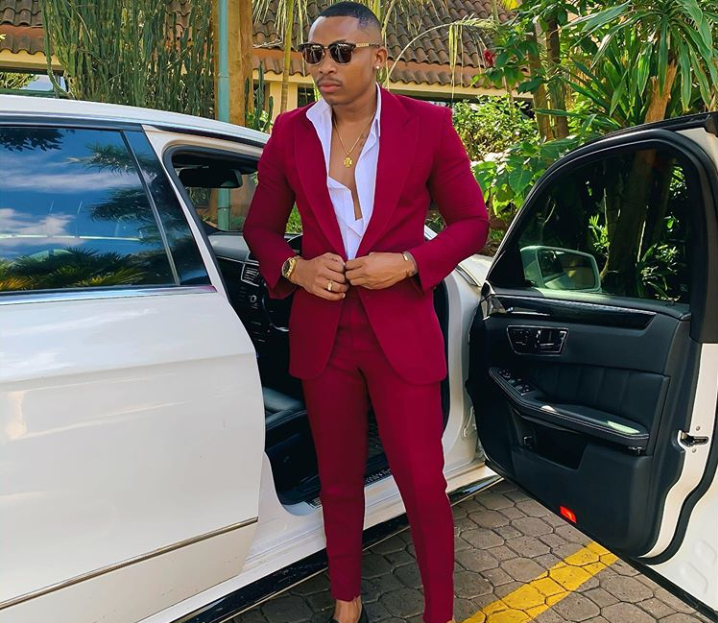 Otile Brown had a relationship with socialite vera sidika. Otile Brown was so much in love with vera sidika to the point of dismissing all the claims that Vera Sidika was plastic as she had undergone plastic surgery. Otile Brown admitted that he loved Vera just the way she was. They even went ahead to meet each other’s relatives, but the relationship ended shortly after the release of Otile’s song titled ‘Baby Love.’ In the song, Otile Brown assures Vera that he was never going to leave her side.

The main cause of the breakup between Otile Brown and Vera Sidika is not known. After break up, Vera took it to social media (Instagram) to accuse Otile Brown of using her to gain fame. Otile Brown chose to stay silent on that issue, but after some time, he released a song titled ‘Niacheni,’ a song in which he tells those people asking questions about their breakup to give him a piece of mind. Otile Brown, in the song, rubbishes Vera’s claim that he used her. Otile Brown responds to that claim stating he was already famous even before he met Vera Sidika. In the same song, Otile Brown says that their relationship with Vera ended because Vera had aborted his Pregnancy.

Netizens have been left speculating whether celebrated Kenyan singer Otile Brown and his Ethiopian girlfriend have parted ways.

This is after the beauty shared with her 49,000 Instagram followers, a picture of black roses captioned with a deuces sign. This was the same way Zari Hassan announced to the world that her relationship with Bongo artist Diamond Platinumz had come to an end.

However, a black rose is often associated with death and mourning, and it could sometimes symbolize rebirth and rejuvenation. Like it was in the case of Sassy TV presenter Lilian Muli who came out to clear the air on a black rose photo she had uploaded that fuelled rumors she had broken up with her baby daddy.

Otile’s break rumor was further fueled by his ‘comeback’ post in which he insinuated that someone has been nagging him despite his best effort to change.

“Changed your ways for them, and they still nag and complain. What you do,” he posted.

It did not stop there, Nabayet, the Ethiopian girlfriend, took the break-up rumor a notch higher with yet another Instagram post where she claimed “they” cannot take away her energy.

“They can’t take away the energy,” she wrote on Instagram.

Through an Instagram post about five months ago, the sensational singer introduced us to Nabayet, claiming that he was tired of jumping around with different women and had decided to settle down finally.

”You can be a bad boy with all the trick, but you can find your match, or rather medicine who can change you for the best. Your sister-in-law Nabbi, you are the worst. Tell them I am done, I have messed with them countless times, but now I have settled down, I do not want dramas,” he captioned a video of himself getting cozy with the lass in a car.

It’s going to take more than a song from singer Otile Brown to win back his ex-girlfriend Nabayet.

In an Instagram post, the Ethiopian model responded to the song released by Otile, where the singer asks for her forgiveness for his transgressions.

The song even bears her name as its title. However, Ms. Nabayet, in response, said that the song was not enough to make them reconcile.

She explained that she held no hard feelings towards Otile Brown and wished him well in his career.

“Dear in-laws, y’all are the sweetest, and I have seen your kind words and unwavering support since day one, and I have no idea what I did to deserve such love. However, love is not a game, and heartbreak is no joke. It’s going to take a lot more than a song to heal and rekindle. My heart will always beat for him, but unfortunately, life has brought us here. I appreciate the effort, I really do. It takes one hell of a man to put aside pride and apologize. Maybe one day we will cross paths again. OB, I am forever grateful to you. I will always be praying for your success and wishing you all the best in life,” wrote Ms. Nabayet.

Besides the song, Otile, on Friday tweeted out an apology.

His apology song from the Samantha singer comes three months after the two lovebirds broke up. The two started dating immediately after Otile went through an ugly breakup with socialite Vera Sidika in March this year.

Nabayet and Otile were together for just two months

Otile Brown is a proud owner of a luxurious Mercedes.

Otile Brown, in his music career, has worked with a number of musicians both in Kenya and from outside of Kenya. The songs he has featured other musicians are doing great in the Kenyan music scene. The following are some of the musicians Otile Brown has worked with:

To book Otile Brown for a show use email noriegareginald@gmail.com or call +254799764477
Interact with Otile Brown on Instagram here