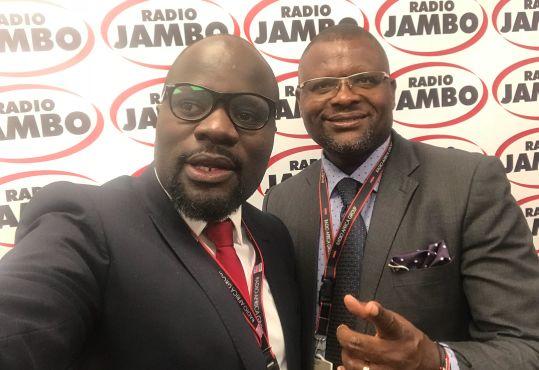 Patanisho show is, by all descriptions, one of the most successful segments on the radio in Kenya.

The segment airs during the morning show on Radio Jambo and is hosted by musician-turned-journalist Gidi Gidi and former Harambee Stars coach Jacob ‘Ghost’ Mulee.

Listeners whose romantic relationships are on the rocks call into the show seeking to be reconciled with their lovers, after which Gidi and Ghost serving as mediators. With its numerous loyal listeners across the country, Patanisho often sparks heated debates among Kenyans, both on social media and offline.

Gidi Gidi disclosed how the segment grew to become a phenomenon of its own in regard to contemporary Kenyan culture.

Gidi intimated that he conceived an idea for the show a decade ago, stating it was his desire to bring something new to the Kenyan radio scene.

“It was my idea. I create all the content for the show (Gidi na Ghost Asubuhi) so it was my idea. We’ve been doing it for ten years now,” he shared.

The media personality explained that he wanted the segment to be family-friendly and different from those popularized by other stations in the country.

“I wanted to come up with something unique and something that’s also family-friendly.

“It was an idea that has never been tried on the radio in Kenya, so it was unique,” Gidi recalled.

Gidi revealed that while they expected the segment to eventually become popular, they did not expect it to instantly gain traction as it did, because it was a relatively new concept.

“We knew it was going to be a hot thing but we didn’t think it would hit so quickly,” he explained.

Patanisho show has spawned several parodies and internet memes sparked by various on-air fights and reconciliations over the years.

In ten years of hosting the segment, Gidi and Ghost have helped hundreds of couples work through all sorts of relationship issues including infidelity and more trivial matters like complaints about the quality of a partner’s cooking.