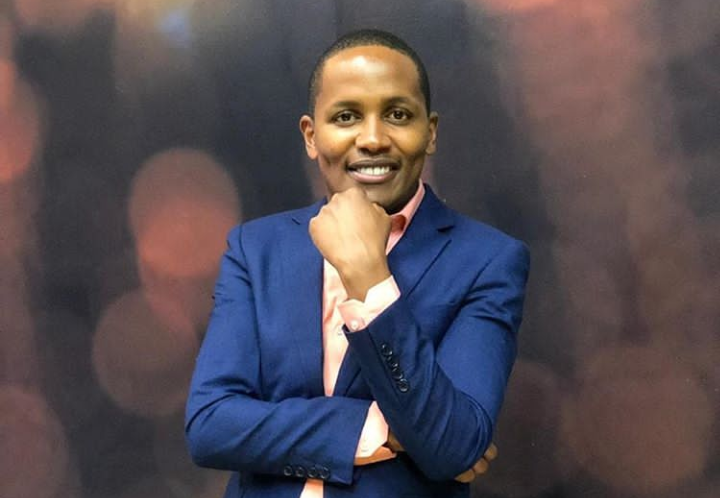 Growing up, Kenyan actor and media personality, Peter Kamau, never thought he could stand in front of an audience and speak publicly, but after High School, the man who wanted to be chief was humbled by life and changed his mind.

His first big role on TV was playing Mr. Wanyama on Tahidi High and presently he plays Biko in the TV drama, Selina, which airs on Maisha Magic East.

I grew up in Kiambu with my grandparents. My grandmother is a big-time farmer, so I grew up around a lot of animals. I’m a country boy. I went to Parklands Boys High School and later on I wanted to go to the hospitality industry.

In High School, I actually did Home Science. I got a job at Java. Along the way, it’s when it dawned on me that this was not something I wanted to do for the rest of my life. One morning I decided I was done with it and quit.

Peter Kamau interview with Nairobi News, Everything you Need to Know

Peter spoke to Nairobi News about his acting career, his love for family and his ambitions in life.

1. You never age, what is the secret? (Laughs out loud). I drink plenty of water and get lots of sleep. That is the secret. Basically, that is all I do or I may have good genes.

2. Tell us about your background? I grew up in Kiambu with my grandparents. My grandmother is a big-time farmer, so I grew up around a lot of animals. I’m a country boy. I went to Parklands Boys High School and later on I wanted to go to the hospitality industry.

In High School, I actually did Home Science. I got a job at Java. Along the way, it’s when it dawned on me that this was not something I wanted to do for the rest of my life. One morning I decided I was done with it and quit.

4. Being famous in Kenya; how do you handle social media especially DMs? Keeps laughing… I do get a lot of them and I appreciate that I have fans that reach out and express their opinions whether positive or negative. I take whatever works for me and if it is positive criticism I might run away with it and if it’s not you just, you know to leave it by the wayside. I try as much to interact with them and reply to them whether good or bad or even when I meet people on the streets, I always try and talk to them.

5. Has fame got in your head yet? Not yet and I don’t think it will ever do. I acknowledge the fact that things come and go, including fame. It comes and it can go just as fast. No one is guaranteed tomorrow, so instead, hold on to what you find dear, like family and friends who will keep you grounded because they are the same people you will turn to if things don’t work out.

6. You played a lawyer in “Rosa”, Wanyama in “Tahidi High” and now Biko in “Selina”, which of these characters can you say you relate to? Neither. What I can say is that there is a bit of Biko in me, because I prefer things done in a certain way. What I mean is, if I have things in under my control I would like to have them done in a certain way, and that is what Biko is all about.

7. “Selina” is one of the most-watched shows in Kenya at the moment, why do you think people love it? The best TV show in Kenya right now. It’s a different show and a beautiful story, to begin with, and I think it’s a story that many people can relate to. It’s about a girl who grew up in shags, came to the city and worked her way to the top. In Nairobi right now, you will find people who have a similar narrative where you migrated from upcountry and you worked hard and you keep propelling to greater heights. So perhaps maybe that’s why it resonates with people so much.

Extra – You are dating at the moment, when are the wedding bells and will be there and kids in the future? (More laughter). Soon, maybe, I do not know. We are working towards it. In the future, yes to kids, now no. 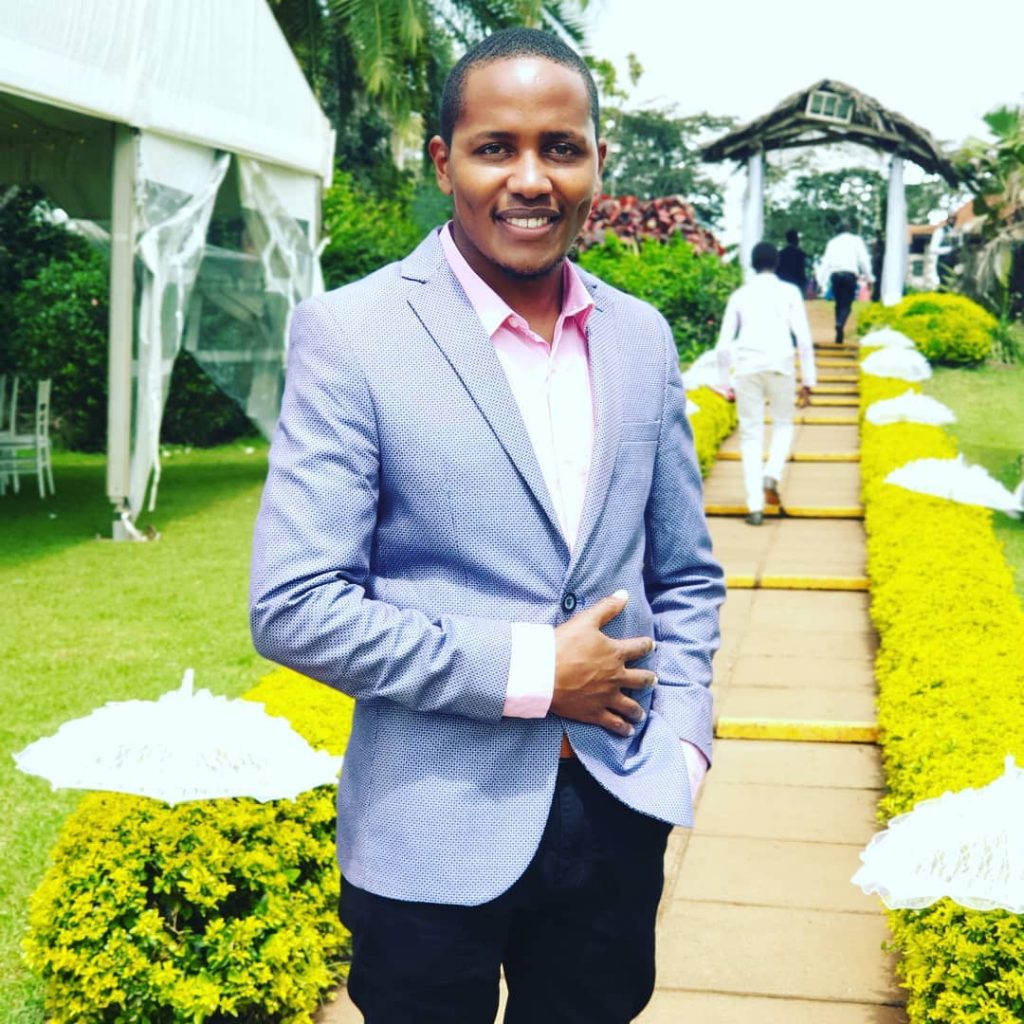 Peter Kamau aka Biko of Selina

Peter Kamau interview with SDE, Everything you Need to Know

Peter Kamau plays the mean Biko in TV drama, ‘Selina.’ He spoke to Miriam Mukami about how being a celeb doesn’t get into his head.

You play mean and strict roles. In ‘Tahidi High,’ you were the strict teacher, Mr. Wanyama. In ‘Selina’, you are the no-nonsense Biko, the businessman. How come?

I cannot say it is a coincidence… or maybe it is.  The casting directors see something in me that speaks strictness. It is not something I envision.

Do you find yourself play-acting the cold-hearted character in real life?

Of course, there is some strictness, but I wouldn’t say I am that uptight or strict.  So, no.  I don’t think that is me in person.

What makes ‘Selina’ so popular?

I say this without any fear of contradiction. By far, Selina is the best TV show on Kenyan screens because we are doing something different.  We are trying to raise the bar in terms of acting and cinematography.

Most feedback I get is that the show feels different from what people are used to because there is a trend for broadcasters to go for sitcoms, mostly the ones that mimic local accents.  I think people want something new and fresh and that is what Selina is.

You began acting in school set books at the Kenya National Theatre. What’s the biggest difference between stage and screen?

Money.  Apart from the money, how you act in theatre and screen is very different because the theatre is exaggerated. TV and movies bring out the finesse of acting. It is more about your face and reactions, expressions and not the shouting and actions.  It is also not as tiring as the stage. I enjoy the screen more.

Kenyan actors, no matter how much they get paid, are perennially broke. Why are actors not good at managing money?

It is not that actors are not good at managing money.  It is just that jobs are hard to come by. So, I might be on a show and once it comes to an end, it might be difficult to get another role.  So, whatever money I have saved up ends being used here and there.

Is the stereotype about celebrities trying to live up to viewer expectations true?

Some people do cave into the pressure. Some people see you on TV and expect you to look the same in real life, and some would go to any length to actually seem like they are living that life. So, yeah, it happens.

There are so many con artists in the industry, like producers who don’t pay actors….

First of all, it is actually very wrong to get people to act for you and then fail to pay them. My advice to anyone who might get into a job with any producer is to first sign a contract that can help them deal with such con artists from a legal standpoint later and help them get paid.

Can someone retire comfortably through acting?

Locally, we are not yet at that point, unfortunately. As I said earlier, jobs are hard to come by. And some of them are not that well-paying, so you end up looking for other things to supplement your income.

Your voice. It got you a job on the radio…

Yes.  At One FM and 91.5 Hits FM as a news presenter. The experience was good, but it gets boring after some time because you feel caged. It is the same thing every day – going on the air to read the news.  It is not really as exciting.

Are you single, how do you deal with all the attention from women?

I am not single.  I am thankful for every fan that I get and I am happy for their support.  I just appreciate the love and support.

What is the one thing that can change local programs for the better?

How do you prevent fame from getting into your head?

I acknowledge the fact that things come and go, including fame. It comes and it can go just as fast. So, one should not let such things get into their heads as you are not guaranteed tomorrow. Instead,  hold on to what you find dear, like family and friends and they will keep you grounded because they are the same people you will turn to if things don’t work out.

What parts of your life prepared you for the roles you play?

None at all.  I do not replicate my life on TV. I just play these characters. 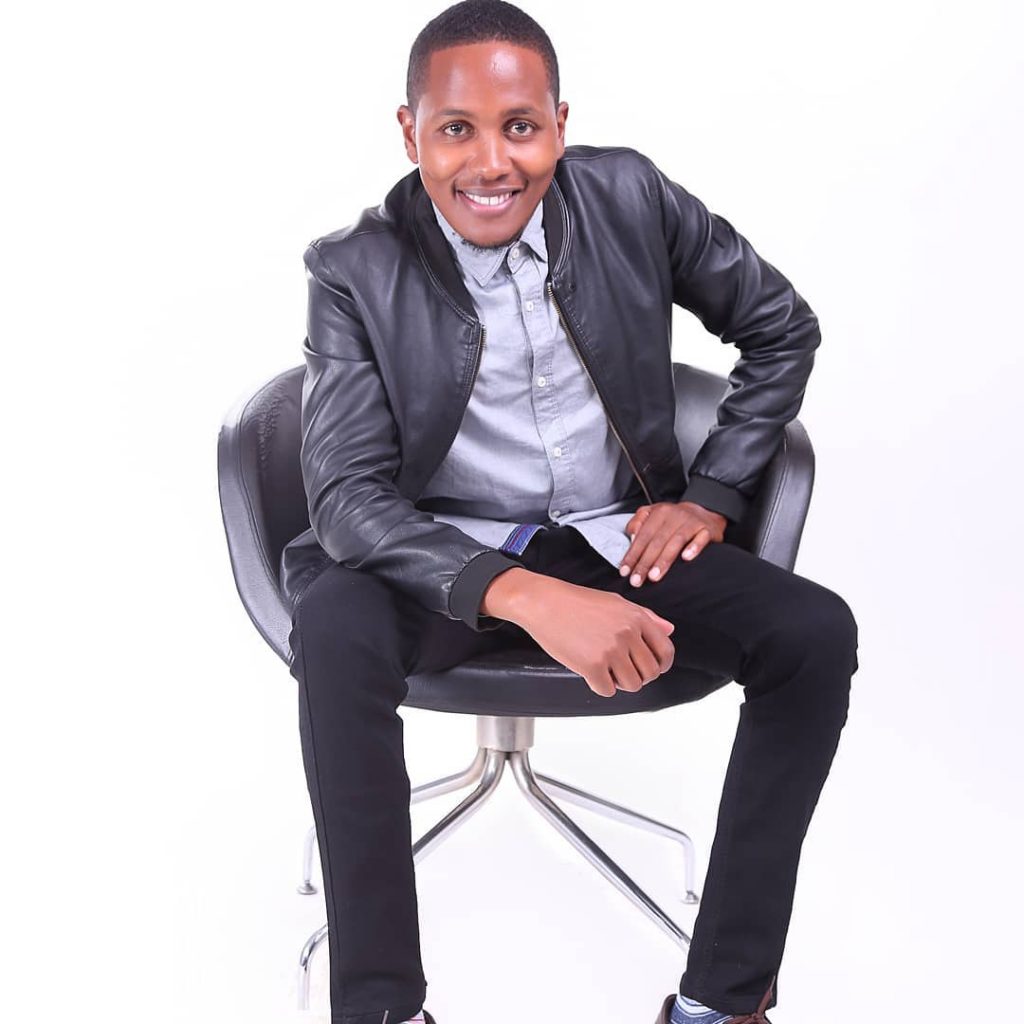 Peter Kamau aka Biko of Selina