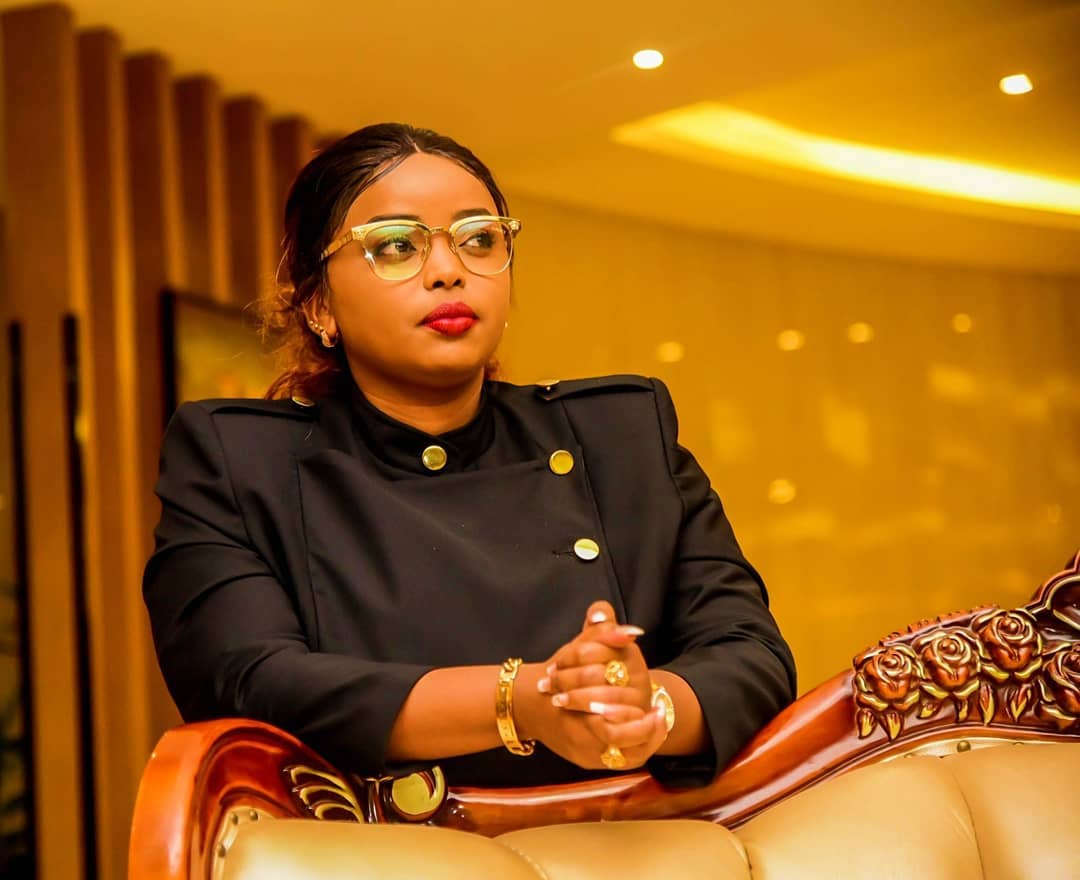 Reverend Lucy Natasha is a Kenyan pastor, author and the founder and overseer of Prophetic Latter Glory Ministries International in Kenya. She is well known as a conference speaker and has been a guest speaker in numerous national and international Christian conventions.

Reverend Lucy Natasha is one of the most dynamic and influential young preachers to emerge from the continent of Africa in recent years. Reverend Lucy Natasha’s deep insight into God’s word and the uniqueness of her ministry appeals to diverse groups of people from all walks of life and is changing many people’s lives.

Reverend Lucy Natasha is also a celebrated author of highly sought after books such as 7 Keys to Success, Touching heaven through prayer, Every problem has an expiry date and Characteristics of a God Leading Lady with thousands of copies in international distribution.

Rev Lucy Natasha was born on the 24th of July, though she has not yet shared details of her birth year.

She is the firstborn in her family, She was raised along with her brother named Shafique and her sister named Shiphrah Murathe who is an event planner, pastry chef, and mother of one. She grew up in Huruma, East lands (Estlando), Her niece’s name is Zahrah.

Her parents separated when she was still young, and so she was raised by her mother  Pastor Esther Wanjiru, a senior pastor at Maximum Miracle Center – Kawangware (MMC-K).

Rev Lucy Natasha schooled in Umoja and thereafter going for further studies in South Africa where she graduated in public relations and theology.

Reverend Lucy Natasha began her ministry journey when a preacher predicted that a prophet would arise from her family. The preacher went on choosing her, pointed at her upon which her stammering stopped. She was 10 years old when this happened.

The prediction later came to pass when she was ordained in 2011 at Huruma’s Redeemed Gospel Church. She has preached her gospel to over the world in places like Doha-Qatar, Leicester, Birmingham-United Kingdom, Malawi, Nigeria, South Africa, Ethiopia, Rwanda, and other regions.

Her church is located at the 680 Hotel around the junction of Kenyatta Avenue and Muindi Mbingu Street) every Monday from 5:30 p.m. This is when the church has its ‘Miracle Monday Service’. Her church contacts: PrayerLine/ Partnership Text +254700 008899.

Reverend Lucy Natasha is single but says she would love to have a family soon. She believes that God gives the right life partners. This is what she had to say about the kind of man she would wish to have.

“I would like to marry a man after God’s own heart; one that will be my best friend and is sincere. I have no those specifications like he has to be a preacher like me, or incorporate world or business.”

She has been seen in photos walking around with well-dressed bodyguards (sic), She went ahead to correct saying that the men are not bodyguards but stewards instead. She said, “I don’t know why people say I have bodyguards. The guys you have been seeing are my spiritual sons and daughters who are part of a protocol team to maintain order. ”

Her ‘stewards’ are always sharply-dressed, and their attire always seems to match her outfits. Their outfits as well are usually completed with a pair of shades that give them that steaminess that makes Kenyan ladies drool.

Reverend Lucy Natasha, the founder, and overseer of Prophetic Latter Glory Ministries International has revealed the kind of person one should look for when it comes to marriage.

In a candid interview on her new book with KTN’s Michael Gitonga, Natasha revealed the traits one should avoid and why she was still single yet giving relationship advice on marriage.

First on the crosshairs were the men,

“The second type of man is the unbeliever man. Remember we are told by Paul, he admonished us not to be equally yoked with unbelievers, so I have never met and still yet to meet a Christian woman that married an unbeliever man that did not regret it later in life, Amos greatly said that two cannot work together unless they are agreed.  Even if the man is tall dark and handsome, this days ladies study that TDH if he is not born again he is not right for you. Scratch him off the list.

Then came the ladies to run like Usain Bolt from;

The second woman you should not marry is the gold-digger. The gold digger is simply a woman in our generation who are not looking for love, they are looking for help.” She added

On giving marriage advice and yet she was single, Natasha had this to say,

“I am giving relationship advice to those that are planning to get married and I am still single, you need to understand that even in a football match coaches don’t play… I don’t need the experience, I don’t need to have gone into marriage and fail to be able to advise somebody,” explained Natasha.

But were the tips she was giving making it difficult for her to get a husband?

“No I believe there is somebody for everyone, nobody is perfect, I am not writing this book to explain that there is a perfect man or a perfect woman… I am not single because I have been check listing and all that, it is because also of the appointed time and also getting married to the right person, it is better to wait long than to marry wrong,” reiterated Natasha.

Asked whether she was Nairobi Governor Mike Sonko’s pastor, Natasha reiterated that indeed she preaches to him as he governs the city but was also offering spiritual nourishment to various other leaders. 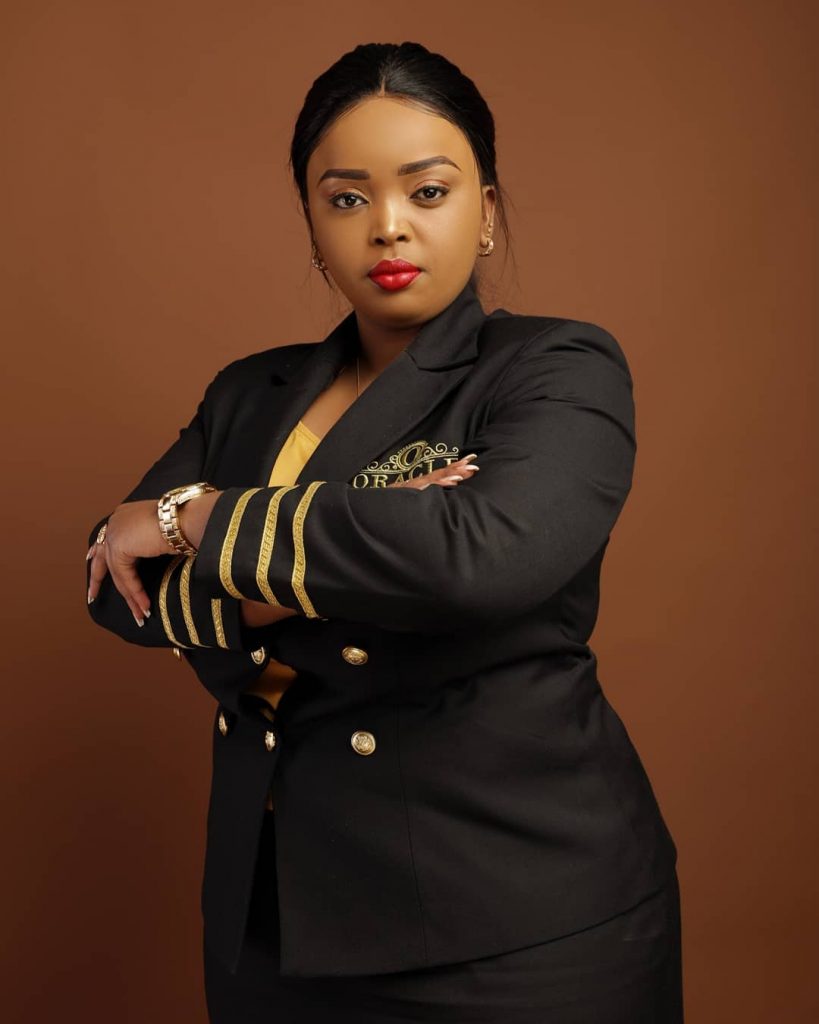