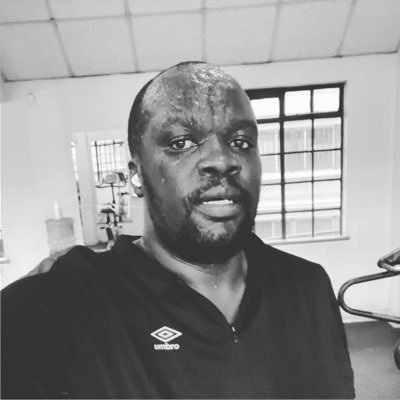 Robert Alai, is a Kenyan blogger, internet businessperson, and cyber-activist. Alai, who used to manage the now-defunct information technology weblog at Techmtaa.com has gained a reputation for his unremitting river of social rants that misleads, somewhat entertains and, not unusually, embarrasses public officials in equal measure. He has been sued and briefly incarcerated for his highly opinionated political and sometimes personal attacks on politicians, government officials, and business leaders.

On 17 June 2019, Robert Alai was arrested in Nairobi and detained for 14 days for sharing gory photos of police officers who were killed by an IED attack in Wajir. In the wake of the Westgate shopping mall attack in Nairobi where over 65 people were killed, Alai was praised, both by local and international media for his timely and creative use of social media, mainly Twitter, to provide updates of what was happening at the mall. His accounts were considered as being more accurate than – and sometimes contradicting – the updates provided by the authorities.

Controversy and captures of Robert Alai

In December 2014, Ndegwa Muhoro, the Kenya CID Chief, ordered the arrest of Robert Alai for allegedly sharing President Uhuru Kenyatta’s contacts on Twitter. He was consequently charged “with undermining Uhuru”. Alai’s Twitter handles @robertalai was suspended on 18 December 2014 but was later reinstated.

Everyone seems to have a different opinion about you… who is Robert Alai?

I am a simple Kenyan who is only interested in social justice. It hurts me very much when I see any form of injustice. It pains me to see people suffer because of things they cannot control and that is why I decided to be the voice for the voiceless.

You were recently recognized for the role you played during the Westgate attack by the New York paper— Epoch Times and you also appeared on BBC, what did you know about the attack?

Actually, I was featured in many more including the Boston Newspaper, four Israeli Radio stations, M&G in SA, and other Australian and Canadian publications among others, but I did what I do; and I was happy I helped in the best way I could.

You are among the leading bloggers in Kenya. How big is your following on social media?

I do not pay attention to it so much. I used to be vocal even when I only had 300 followers. However, currently, I deliver close to 90 million weekly impressions on my social media channels (Facebook, Twitter, and Google+). It does not mean that I have many followers, it means that because I am so blunt on some issues, some would rather not be seen to be following “that crazy Alai” but they will have a column in their favorite social media app just watching everything Alai posts.

How would you describe your role on social media?

I am a critic and the voice of the voiceless. I must look at ‘the other side’ of an issue. I see what others don’t see. I must ask the uncomfortable questions, I must engage and also amplify the voice of the muted; they too, deserve to be heard or else they will just be trampled on in the stampede of survival in Kenya. Using the social media platform, you recently helped a child whose school fees had been sent to the wrong number, get her school fees back, you also got an apology for a woman who was mistreated during a job interview. What, in your opinion, is the biggest accomplishment Alai will be remembered for so far? Many fail to appreciate the fact that I have amplified issues, which were rather forgotten. I started the social media campaign against former deputy Chief Justice Nancy Baraza. I led others in the social media campaign for Kenyans for Kenya; corporates involved never appreciated our voice much, but I don’t do this to be rewarded.

What do you do when people seek help from you yet you are just a blogger?

It is sometimes painful, but that makes my network and work harder. Often, I end up calling public officials involved and this usually leads to some solution. Because of your bluntness and controversial views, you have cases against you pending in court, how are you dealing with that? My God never slumbers. He will see me through.

We never heard of Alai until recently… where were you before?

I was born and raised in Ahero and only moved to Nairobi to study after finishing high school in 1998. I joined Kenyatta University for the Africa Virtual University program that was sponsored by World Bank in 2000. I studied System Analysis and Design at Kenya School of Monetary Studies, so Alai is a normal guy who thinks everyone has a right to be heard.

What is your job history?

I got my first job as an IT trainee at Telkom Kenya in 2001. I literally camped outside the PS’s office for four months before I got the opportunity. My internship, however, ended in December 2002, and I later got a job at a cyber café, but the money was too little. Life back then was hard. I used to stay in Majengo in Calif with five other friends in a two-bedroom house. In 2003, one of my roommates told me about a job opportunity in Kigoma, Tanzania. I moved there where I worked for eight months and secured a job with the UN. I worked with the United Nations in Congo in the logistics department, but my office was located in Tanzania.

When did you first discover the power of social media?

It was in 2007 while at the UN. I started a mailing list for job opportunities. Using the mailing list, we also discussed different pertinent issues, it grew fast to more than 12,000 subscribers. Even though back then I did not understand the power of the mailing list I had created, I was still passionate about injustice. Once, when Kofi Annan visited our offices in Kinshasa in 2007, I remember asking him during a press conference about the sexual abuse scandal that had rocked the UN peacekeeping troops. It was the one question no one was willing to ask, yet it was something that had happened and needed to be addressed. My microphone was, instead, taken away and I was whisked out. I left the UN in mid-2008.

I did a few side jobs here and there in Tanzania, but I continued with my mailing list, and soon, everyone became curious about who this Robert Alai is. In December 2008, I organized a get together in Lukenya to meet with people from my mailing list. Originally, we had prepared for 30 people but 64 turned up. I later registered the mailing list as Kazi Africa.

Wow! I annoyed so many people but at the same time, I helped so many get jobs, and also address pertinent issues. Mailers used to discuss everything on this platform. We were also involved in community projects, but I later sold Kazi Africa and formed Bidii Africa in 2008. With Bidii Africa, my mailing list was even bigger, I had more than 39,000 subscribers and we were doing everything from jobs to events. I would send an email on a particular subject and get 500 mail replies to the subject within a few minutes, but due to unavoidable circumstances, we closed down.

You also formed My Africa in 2009, what happened to it?

It was strictly a career site; we would help clients write CVs and post job opportunities. I grew it for months and sold it off, but I am unhappy the new owners could not sustain the tempo.

What would you term as the turning point in your life?

It was after the 2007 elections. I lived in Ngumo and if you stood on the roof of my house, you could see Kibera and all the violence that was taking place. I once saw a person walking around with a head hooked on a panga and I knew I had to do something. Back then, many media houses were not online, so I used my online presence, at the time, to get word to those outside the country about what was going on. I also rallied people together and we raised Sh4 million to help people on the ground who were affected by the post-election violence. We hired 34 buses and traveled around Kenya, moving people from the hot spots to safer locations. We went everywhere from Kitale to Mumias, to Kondele.

What are you up to now?

I have a blog called Techmta, a platform I use to review new technology. I hope to, one day, start an online tech television. I also have a business where we do everything from networking, to computer repair in estates, we basically solve hardware problems.

With your huge following on social media, do you plan on joining politics in the future?

I never plan to ever join politics. To be a politician requires one to conform and I am not a conformist.

You are loved and hated in equal measure, how do you handle that?

I came to realize that those who claim to be my critics are my biggest fans. They know everything I post; though they hate me, they retweet everything I say and follow everything I say. In fact, I believe I am who I am today because of my fans and my many haters.

Where is your immediate family?

I grew up in Ahero, Nyanza, my father had three wives and 25 children. My mother had nine children and I am the fifth born. My mum died when I was in Class Four.

Who is your, role model?

My father the late Samson Onyango Alai. He was a school inspector. He valued education very much. He would ask every child he met in the village for their report card, and would not allow any of them to walk around aimlessly on school days. At home, he was also the disciplinarian and he did not tolerate laziness; he expected all of us to be up by six in the morning. I was close to him; we were many, but my dad knew what each of us was up to. Second is my primary and secondary school teachers.