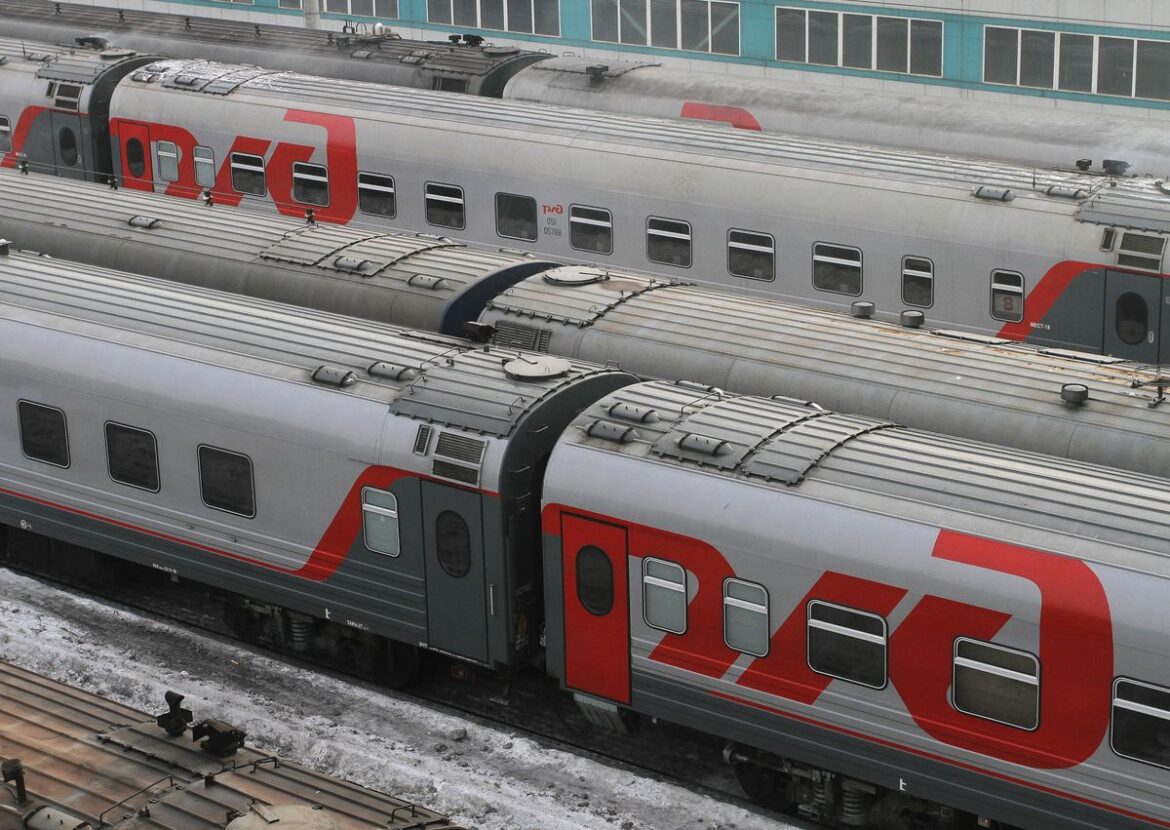 Find below customer service details of Russian Railways. Besides contact details, the page also offers a brief overview of the state-owned railway company.

About Russian Railways
JSC Russian Railways is one of the largest railway operators in the world that officially began in the year 2003. Also locally known as OAO Rossiyskie zheleznye dorogi, the railway company is headquartered at Moscow and is fully owned by the Russian Government. Rail transport and cargo are the two key divisions of the company. In 2018, it posted revenue of 1798.4 bn Russian Rouble, thanks to the brisk freight business followed by passenger transport . For some facts, Russian Railways is one of the largest companies in Russia in terms of assets and is also the largest employer in the country. The market leader in the freight rail segment owns the third-longest rail network in the world. Each year it transports more than one billion passengers. The services are rendered through a track network that spans 85,000 km.

For public transportation, Russian Railways’ services include suburban passenger service and long-distance passenger service. Other key activities include freight transportation, infrastructure services, locomotive traction services, rolling stock repairing, among others. The suburban and long-distance travel are both managed by different companies under the Russian Railways. It has rail links with Estonia, Latvia, Lithuania, Belarus, Ukraine, Georgia, Azerbaijan and Kazakhstan. For long distance travel, there are also independent carriers such as TransClassService, Grand Service Express TC, Tverskoy Express and Kuzbass Suburb. For passenger services operated by Russian Railways you can visit the website to see schedule or reserve ticket.

You can input the departure and arrival stations online to find a list of trains, fares and cost. The details include the time, service class, duration of travel, amenities available, luggage information and seats for individuals with disabilities. One of the most busiest and popular routes has been between Moscow to St Petersburg. Booking of seats opens 90 days in advance for most trains. For comfortable long-distance travel look for the ‘Firmeny’ trains that come with plush seats and satisfactory onboard service. Firmeny trains offer faster journey and are available for most of the popular routes. You have first, second and third class coaches as well. For affordable fares, you can look for tickets without special services like meal.

High speed trains run under the name Sapsan. And a majority of long distance trains are ‘Skory’ trains. The trains have second and third class coaches, but comes with lesser amenities and longer travel. The suburban commuter trains are called Elektrichka. The airport rail link services are operated by Aeroexpress. They connect Moscow airports to major rail terminals. For luxury trains between St Petersburg and Moscow you can enquire for the Grand Express trains. The fare will include free Wifi, hot meals, individual travel kits and transfer services. You can book a ticket directly on the website. For other passenger trains, note that fares vary by class and season of travel.

Tickets can be purchased at the station or online on the website. When booking online, you can compare fares by class, and proceed to booking using any major credit card. The Russian Railways smartphone app can also be used to check schedule and reserve seats. On suburban trains, children under 5 years of age travel free of charge. With most tickets, a passenger can carry one hand luggage not weighing more than 36kg and one carryon baggage not weighting more than 200kg. The website’s FAQ section answers queries on luggage and exceptions in detail. Cancellation rules vary according to ticket fare type and other rules. The details are published on the website. Note that passengers are not permitted to return unused e-tickets under non-refundable tariffs. There are however exceptions if it has to do with death of a family member, sudden illness or cases with train departure cancellations or delays. For complaints or queries on reservation, payment, cancellation, refund, career, or others, reach the Russian Railways support.