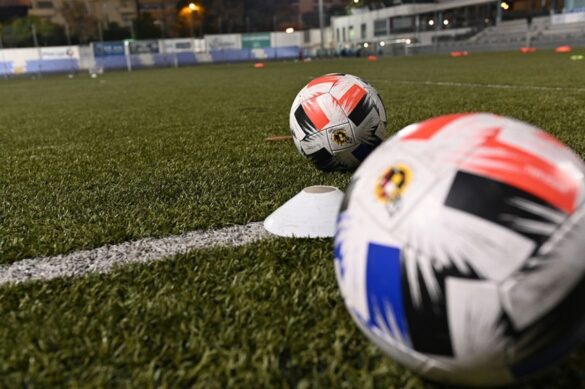 The relationship between sports and betting has existed since the beginning of sports itself. No one knows precisely when sports betting started, but fans have been placing wagers on the results of sporting events for thousands of years.

Nowadays, whether you’re wagering at the racetrack or checking NFL Stats to help decide who to pick in the upcoming Sunday matchups, the relationship is moving forward in ways that were never thought possible as recently as a few years ago.

Where It All Started

Sports and gambling historians haven’t been able to identify precisely when sports betting began, but they do know it’s been around for thousands of years. Some say it possibly started when citizens of ancient Rome would bet on the outcomes of gladiator combat and chariot races.

It was a widespread practice as spectators were expected to make wagers on the events taking place. Historical artifacts from the ancient Greek civilization suggest that spectators during the Olympics used to wager on races and events such as wrestling and boxing, which eventually led to sports betting as we know it today.

The Invention of Odds

Harry Ogden, a bookmaker in Lancashire, England, in the 1790s, is credited with being the first bookie and the first to use odds to wager on horse racing. This gave bettors more choices since they could bet on an underdog and win more money instead of always picking the winner. However, he also had to figure out how to balance it so that he could pay off winning bets and still be able to make a profit.

Before this innovation, bets were made between two people under a “gentleman’s agreement,” in which the two parties involved would have to trust that the other would pay up if they lost. There were also no laws in place that standardized betting. With horse racing becoming more widespread in the mid-nineteenth century, betting on the results became more popular than ever.

Sports Betting in the US

Just as in England, horse racing was the most popular form of sport in the US in the early nineteenth century, and betting was prevalent. Once professional baseball came along in 1876, traditional sports betting as we know it became even more prevalent.

A few years later, it was discovered that players were fixing games on the Louisville Grays baseball club. There were no laws related to sports betting as it was just seen as another form of entertainment.

Team managers, such as Cap Anson of the Chicago Cubs, would even make wagers on their own teams. In 1894, he wagered $100 that his team would finish higher than the Pittsburgh Pirates, with the details of his bet even being published in the Washington Post for everyone to see.

After the Blacksox scandal of 1919, in which eight players accepted bribes to throw the World Series, attitudes toward sports betting began to change, and the effects of the scandal are still being felt today.

The Influence of Organized Crime

Although sports betting was very prevalent, up until the 1930s, gambling was still illegal in the country. Nevada legalized gambling in 1931, but there were still no laws regarding sports betting in place, and its popularity was still high.

That’s when organized crime came to the forefront and started offering things like numbers games and sports betting throughout the country. Sports betting moved into the shadows once the federal government passed the Interstate Wire Act of 1961. Although it was still taking place, it wasn’t as big as when mobsters offered sports betting nationally.

Sports Betting in the Modern Era

Once sports betting became legal on the federal level in 2018, attitudes changed. Just a few years ago, major sports leagues, teams, and publishers were shy about even mentioning sports betting. However, these same organizations are now accepting millions of dollars in partnerships with major sportsbooks. As a result, you’ll see odds on upcoming games all over your TV screens, with sportscasters making picks for upcoming games.

At this point, there is no turning back. Sports betting is at the height of its popularity and is now generating over $1.5 billion in yearly revenue in the US. Globally, it is expected to reach upwards of $180 billion by 2028.

One Champ is Great, Two is Better, UFC NEWS and Many more