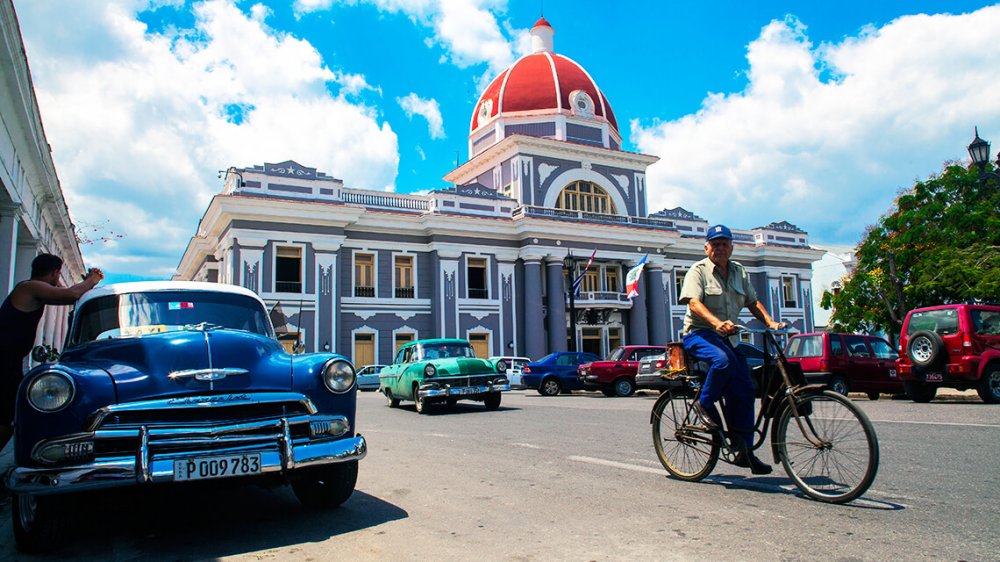 Cuba, the largest of the Caribbean islands, is just over 160 kilometers (100 miles) from Florida, the southernmost state in the US. Cuba is open to visitors from around the world eager to experience the island’s rich culture and history, despite continuing to be off-limits to American tourists.

Cuba definitely has a lot to offer tourists, as seen by its renown for its rum distilleries, magnificent beaches, vintage American cars, and cigars. Make sure you embrace both the rural and urban experiences when choosing the top destinations in Cuba.

Havana is a must-see on any trip to Cuba, but it should also venture off the beaten path to experience the rest of the island’s breathtaking natural beauty and fascinating culture.

The Jardines del Rey archipelago is located just to the north of the main land and is connected by bridges. A group of islands known as Jardines del Rey, or Gardens of the King, includes Cayo Coco, Cayo Guillermo, Cayo Paredon Grande, and Cayo Romano.

Before the first hotel was established in the 1990s, the islands weren’t really popular with tourists. Even now, a lot of guests come because the chain is still completely undeveloped.

One of Cayo Coco’s most stunning and well-known beaches, Playa Pilar, is a short distance from a number of all-inclusive hotels. 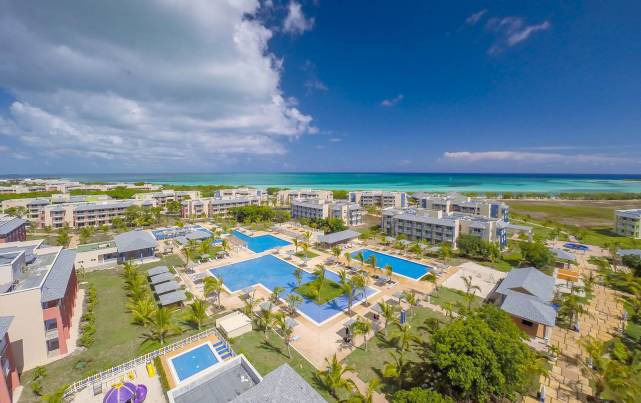 The tiny village of Maria la Gorda is located in the very westernmost point of Cuba. Even though Maria la Gorda may not have a lot of infrastructure or significant tourist attractions, it receives a lot of people every year. Because Maria la Gorda is one of the best diving locations in the Caribbean, this is the case.

Make your way to the area if you enjoy scuba diving so that you may take guided excursions to the ocean. Numerous tours leave from the marina to explore the abundant undersea marine life.

Many tourists choose an all-inclusive package that includes lodging, meals, and diving for one low price. Though less frequent than diving excursions, snorkeling excursions are nevertheless very popular. 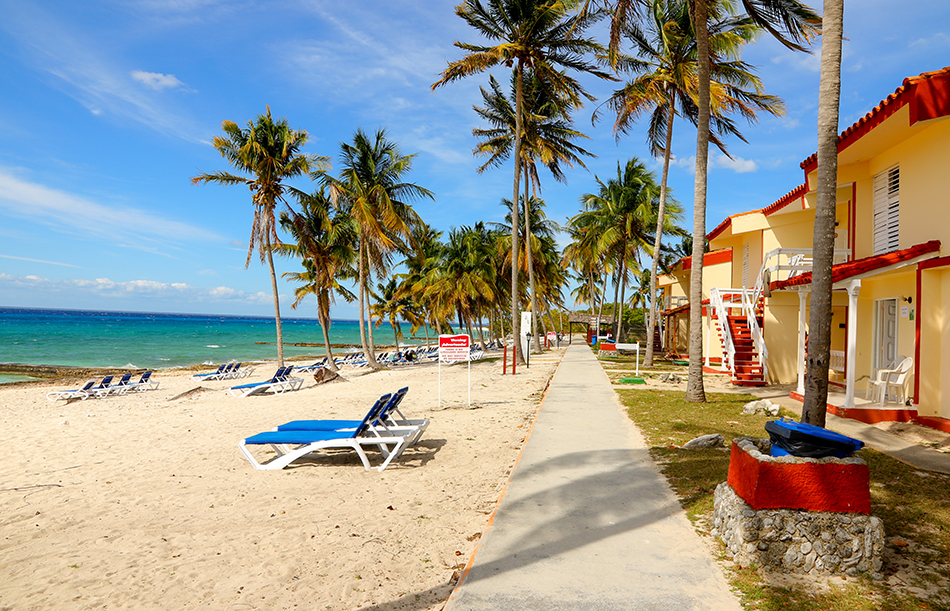 Although Havana is the current capital of Cuba, this was not always the case. Baracoa, sometimes referred to as the First City, served as the island’s first capital.

Famous explorer Diego Velazquez established Baracoa in the early 16th century, and much of its colonial architecture still exists today.

One such example is the Catedral de Nuestra Senora de la Asuncion. El Yunque, a peak overlooking the city where visitors can trek and discover the verdant, lush rainforest environment just 30 minutes from the beach, is also easily accessible from Baracoa. 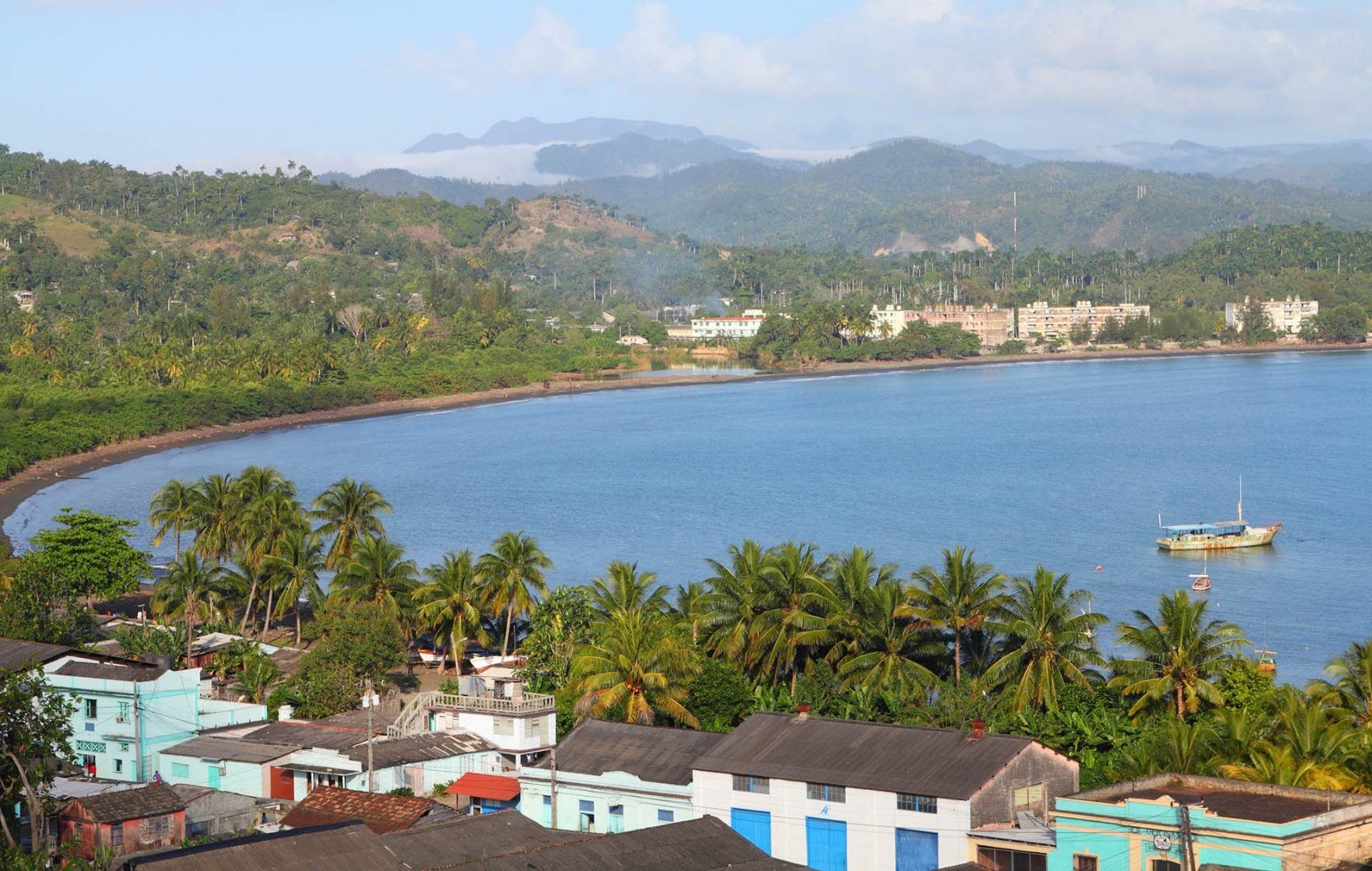 A small island off the coast of Cuba is called Cayo Largo del Sur, sometimes referred to as Cayo Largo. Visit the resort-like island of Cayo Largo if you are traveling to Cuba in search of beautiful, uncrowded beaches.

Playa Sirena, the island’s biggest and busiest beach, is the ideal place to relax and soak up the sun. On Cayo Largo, swimming, snorkeling, surfing, and kayaking are popular pastimes. The intriguing sea turtle hatchery, which often conducts tours for tourists, is located at the Marina, which serves as the island’s central location. 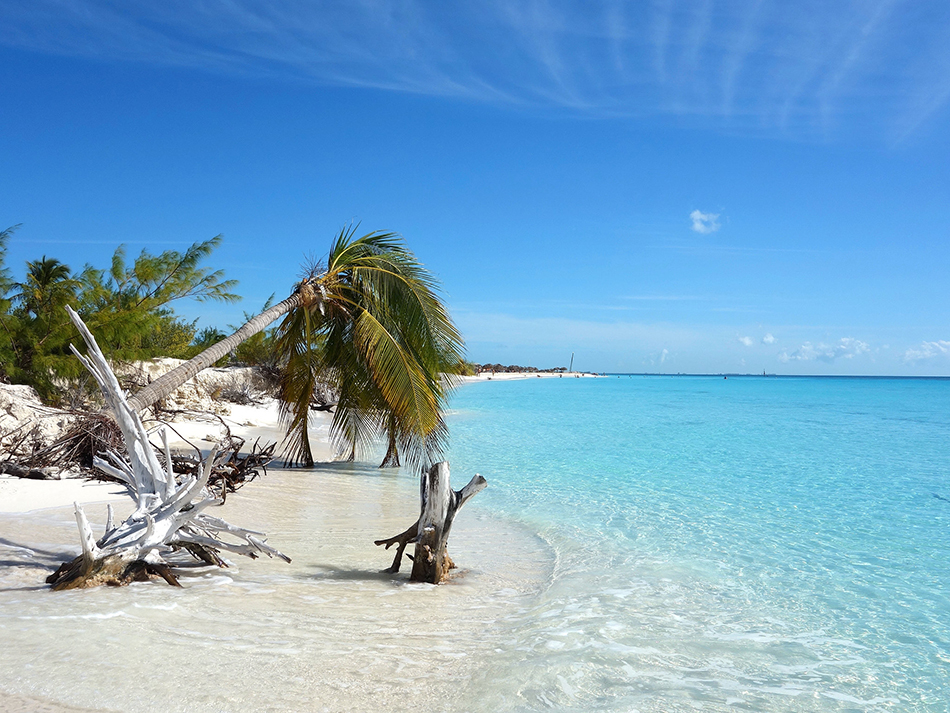 Cuba’s Cienfuegos is distinct from other Cuban cities. It has a distinct feel because the French, not the Spanish, founded it. La Perla del Sur, or the Pearl of the South, is the name of the city.

The Punta Gorda peninsula is a must-see for fans of mid-century modern architecture. 1950s houses are still prevalent, and many of them have been meticulously preserved. Pueblo Nuevo, in the city’s center, offers a history museum to explore, as well as outdoor cafes where you can eat and take Spanish or French lessons.

The Parque Cespedes, a prominent square encircled by numerous ancient Spanish colonial buildings, is the beating center of the city. On more recent times, Fidel Castro famously proclaimed the revolution a success in the square in 1959. You can also see the Castillo de San Pedro de la Roca, a stronghold built in the 17th century with a view of the harbor. 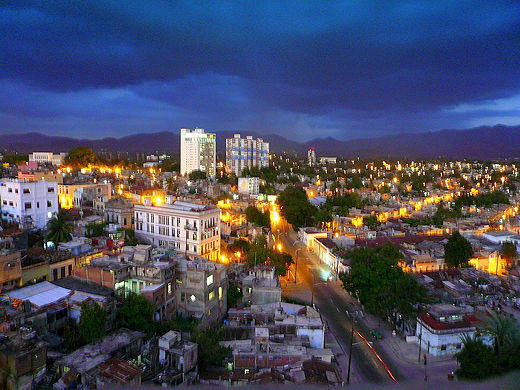 The well-known beach resort town of Varadero, which is located on the Hicacos Peninsula, is only a short drive from Havana. The Atlantic Ocean can be seen from several miles of shoreline, and the white sand beaches and warm, blue waves are truly breathtaking to behold.

Varadero is among the top spots to visit in Cuba, but there is much more to do that just enjoy the stunning beach. Beautiful Parque Josone features bridges, lakes, botanical gardens, and wildlife in addition to concerts, shops, and even kid-friendly camel rides.

The Bellamar Caves, a vast network of caverns open to visitors for more than 150 years, are well worthwhile exploring.

Cuba has a number of national parks, but none is as stunning and easily accessible as the one in the Vinales Valley. The gorgeous resort of Vinales is well-known, and legend has it that Castro loved being there more than anywhere else on the island.

Mountains surround the valley, tobacco is still grown there to make the famous Cuban cigars, and there are innumerable caves that provide further excitement for the daring tourist. The Cuevas del Indio, or Indian Caverns, is one of the most well-known caves. Here, you can take a boat excursion entirely inside the cavern system. 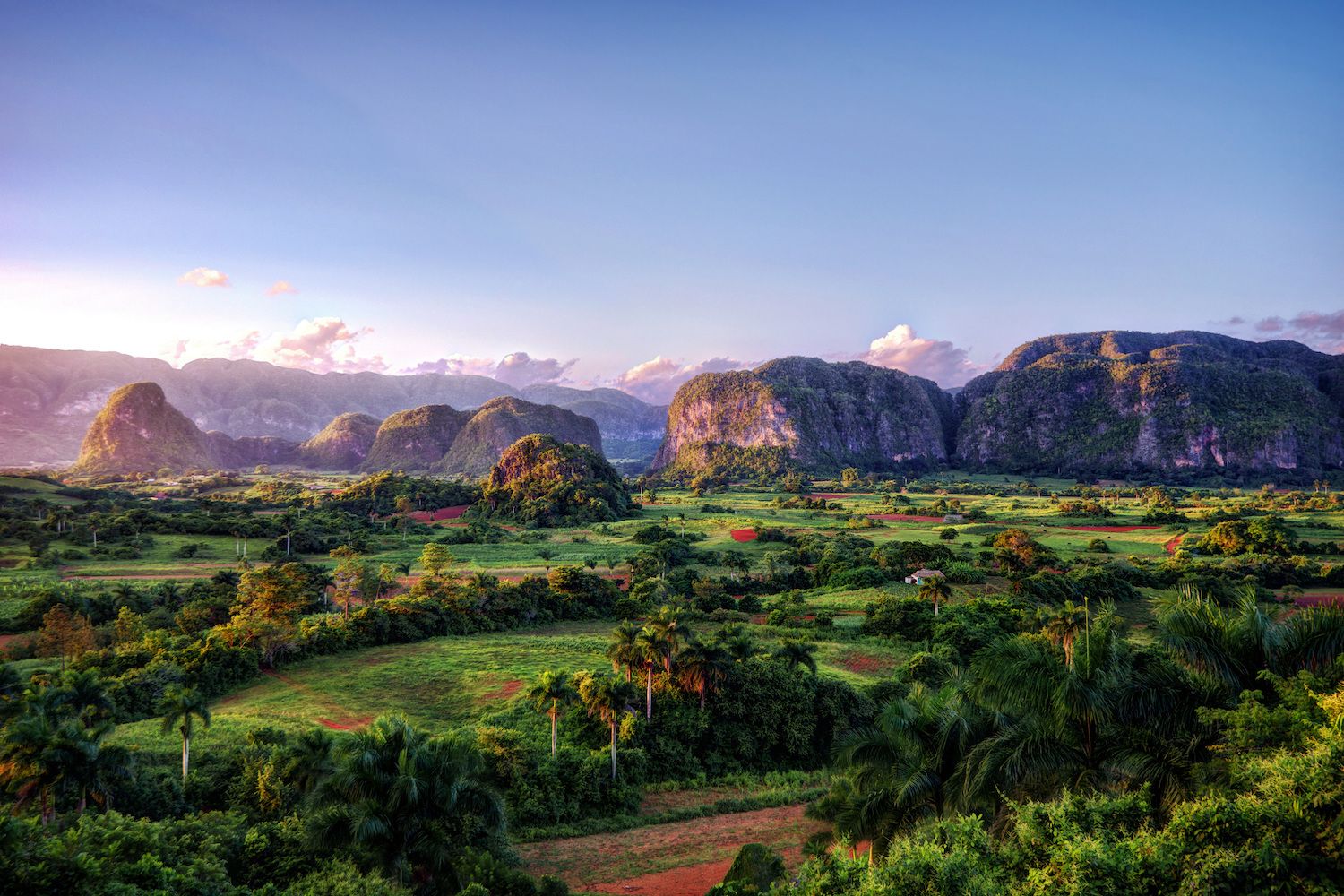 Trinidad is a fantastic destination in Cuba for anyone interested in architecture or history. Plaza Mayor, Trinidad’s central square, is flanked by neo-Baroque structures. The Museum of the War Against the Bandits, also known as the Lucha Contra Bandidos, is located in a former colonial convent that was next to the square.

After exploring the museum, proceed away from the Plaza Mayor uphill to a souvenir shop selling handmade items. Tablecloths and napkin linens that have been hand-sewn are common products for sale.

The Palacio Brunet Mansion, which is now the Museo Romantico, is yet another stunning building in Trinidad. Visit to take in a wonderful collection of artifacts and furnishings from the 19th century. Havana is the last stop, but by no means the least important. Almost all visitors will spend at least some time seeing Havana, which serves as both the nation’s capital and the primary transportation center. Although the nighttime in this affluent, vintage, and multicultural city is legendary, the daytime can be just as exciting.

Start at La Habana Vieja, or the Old Town, where vivid mid-century architecture coexist with decaying colonial structures. Avoid leaving Havana without experiencing local rum straight from the distillery or watching cigars being hand-rolled in a tiny business.

Along the Malecón, the seawall that runs along the coast and provides sea vistas and lots of entertainment, mingle with the locals. Places to Visit in Cuba
0
FacebookTwitterWhatsappTelegram