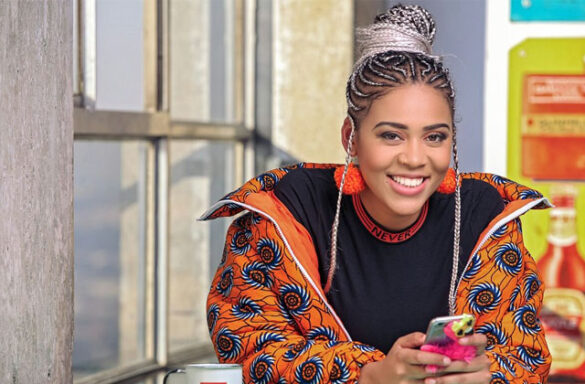 Rappers from Africa are well known. With the aid of their talent, they have made a reputation for themselves over the globe. We shall discuss the top 10 rappers in Africa in 2023 in this article. Rappers in Africa, including some of the best, may make a good living.

M.anifest is a rapper and artist from Ghana. At the 2017 Ghana Music Awards, M.anifest took both the “Best Rapper” and “Hip-Hop Song of the Year” prizes. His most well-known songs include Be My Woman, Sugar feat. Brymo, and Makaa Maka.

A well-known rapper from South Africa is Nadia Nakai. She is renowned for her style as well. In 2020, Nakai reportedly took both the “Best Female Artist” and “Most Stylish Artist” prizes. MoneyBack, Imma Boss, Amai, Kreature, and 40 Bar are some of her best-known tracks.

Rapper PHYNO is well-known in Nigeria. He is well-known for his Igbo-language rapping. In 2014, he received the Best Rap Single honor. Among the well-known musicians, he has collaborated with include Olamide, Wizkid, Davido, Timaya, Flavour, and Ruggedman.

FALZ is a rapper and actor from Nigeria. He has received numerous honors, including the Headies, City People, and BET Awards. He is also one of Nigeria’s most well-known rappers.

AKA is a well-known rapper from South Africa. He is well-known for the song “Victory Lap.” For his talent, he was given the “Most Valuable Artist” title. The “South African Music Award” for Best Music Video went to him as well. Be Careful What You Wish For, Touch My Blood, and Bhovamania are some of his well-known songs.

Sarkodie is a well-known rapper and songwriter from Ghana. Over the course of his career, he has received numerous honors, including the Vodafone Ghana Music Award for “Artiste of the Decade.” He is regarded as one of Africa’s top rappers.

Rapper Cassper Nyovest is from South Africa. He is frequently regarded as one of South Africa’s most popular performers. In 2015 and 2016, he won the MTV Africa Music Awards. Around $8 million is the estimated net worth of Nyovest.

Rapper Khaligraph Jones is from Kenya. In 2023, he is Africa’s second-best rapper. His big singles “Mazishi” and “Yego” have made him well known. 2018’s Best Rap Performance Award went to Jones. Fans in Africa adore his music.

Rapper Nasty C is from South Africa. He is one of Africa’s top rappers in 2023. He has received awards for the best male album, best hip-hop album, best new artist, and L Best Freshman. The renowned rapper was also named “African Artiste of the Year” by “The Headies Award.”

How To Apply For Hustler Fund Loan Using Your Phone