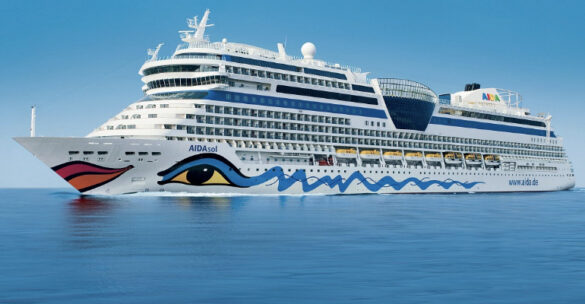 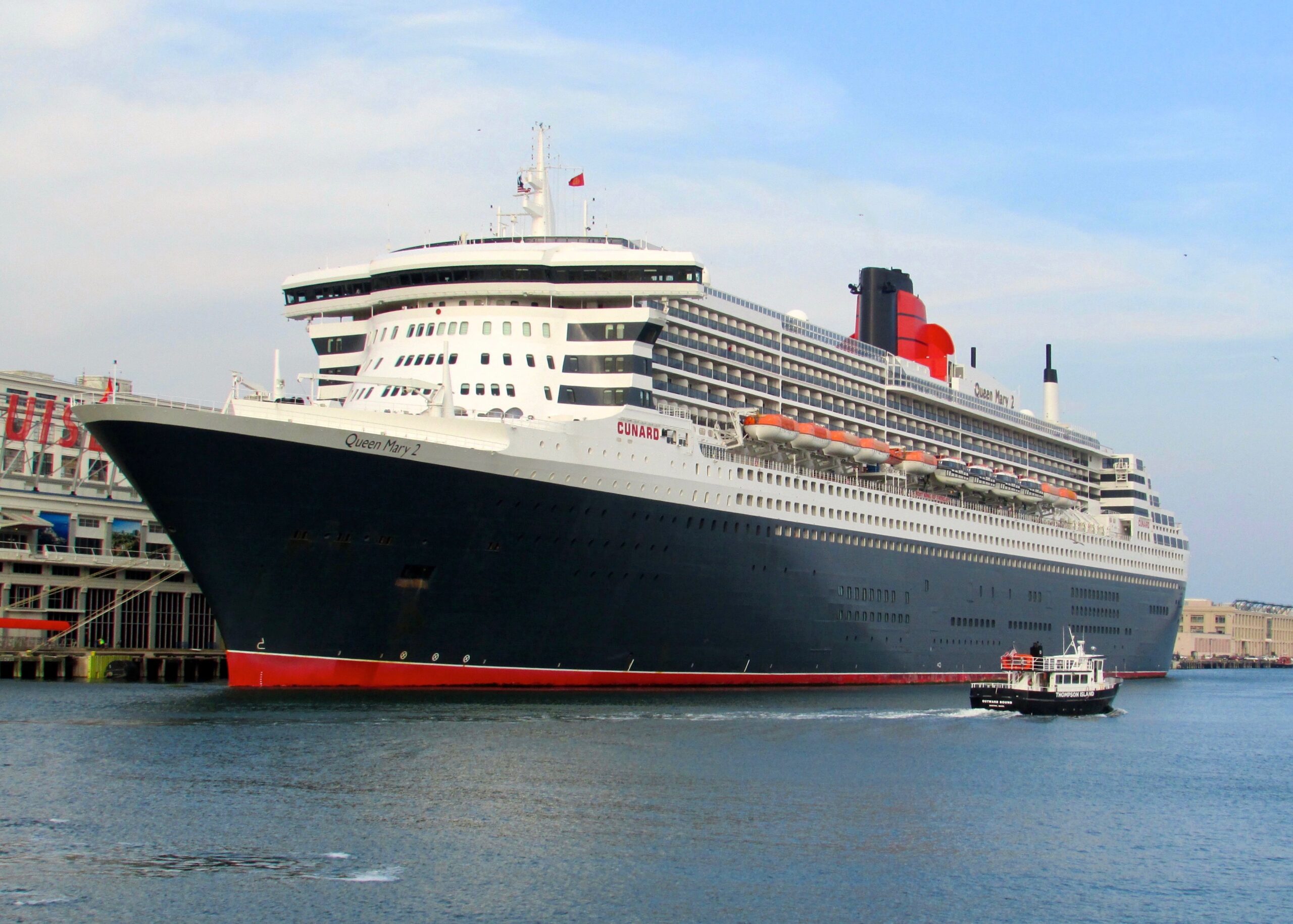 The 345 meter long RMS QUEEN MARY -2 ship can sail 2620 passengers in one go. $869.7 million was spent to build this ship. It has been equipped with modern security technique to sustain the Icey weather of the Atlantic Ocean. The ship has a large dining hall, ballroom, theatre, swimming pool, restaurant, casinos etc. The ship has all the facilities of a five star hotel.

9. OVATION OF THE SEAS 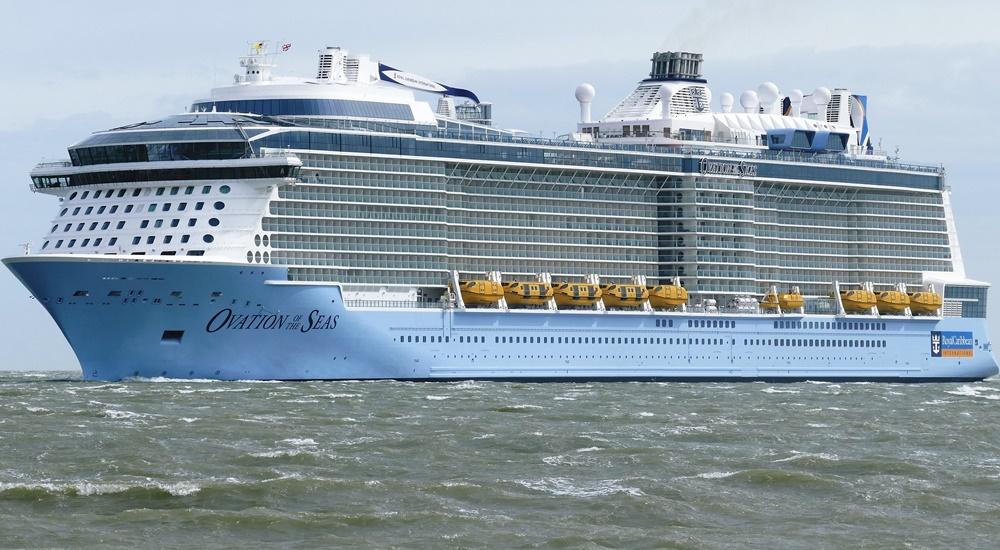 This ship from the royal Caribbean international is the third and final ship in the quantum class series. This 348 meter long ship weighs 168,666 tonnes. It has 16 passenger decks capable of carrying 4905 people at a time. It has several bars, dancefloors, casinos and a 220ft outdoor pool and film screen. It has a maximum speed of 42km/hr and the total cost of building this ship was $ 1.2 Billion Dollars.

8. ANTHEM OF THE SEAS 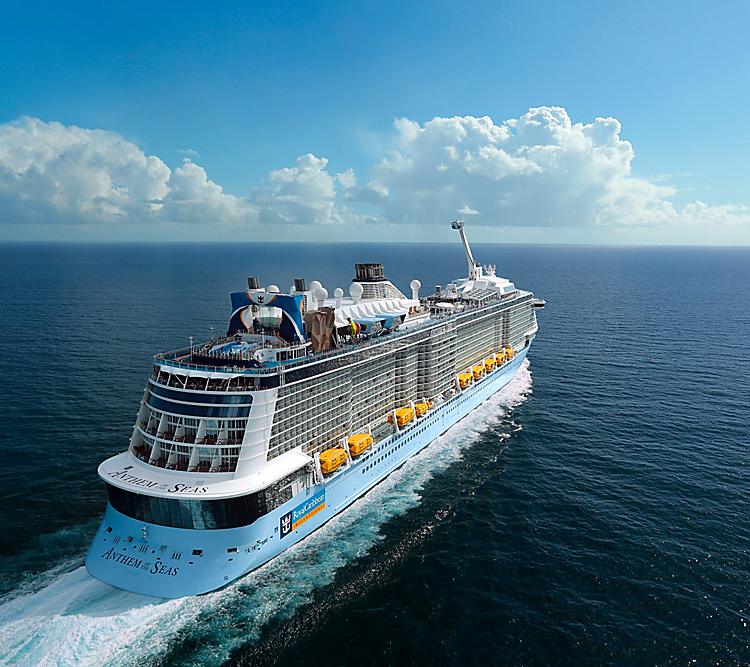 This magnificent cruiser ship weighs 168, 666 tones and has a length of 348 meters. It has 20 passenger decks and 5000 people can travel on this ship at one time. Apart from 1570 balcony straight rooms and 147 ocean view rooms straight rooms the total cost of this ship was $ 896.5 million dollars.

7. QUANTUM OF THE SEAS 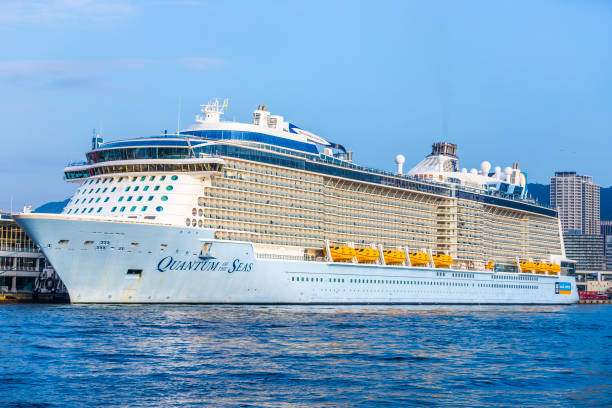 Hyogo,Japan – September 18,2018 – MS Quantum of the Seas anchored in the port of Kobe in Japan.

The 347 meter long ship weighs 168,666 tonnes and can carry 4180 passengers simultaneously. It has 16 passenger decks with visual balconies on 8 decks. Apart from these, it has 2,090 rooms, there is also a bionic bar where a robot serves your favourite cocktail. It also has a rock climbing wall and the ship was built at a cost of $ 1.25 Billion Dollars. 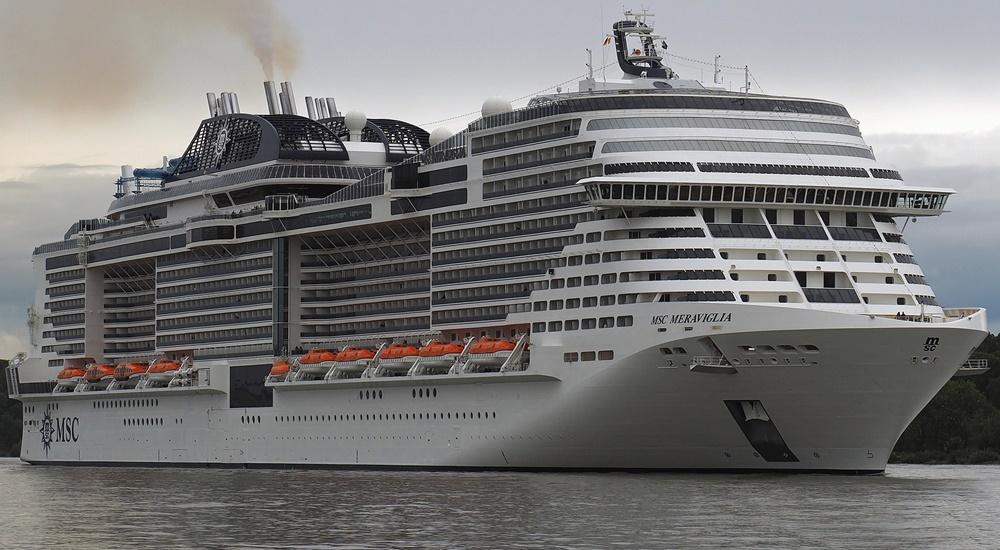 It is made by MSC Cruise Ship Company of Switzerland which can carry 4500 passengers at a time weighing 171,598 tonnes. The ship is 315 meters long and its roof is made of LED which presents magnificent dome shows. The ship also has a health club, bowling street and high tech multipurpose media space. Apart from these, there is a casino, dancefloor, waterpark, 10 restaurants and a luxury spa on this ship. The ship has a maximum speed of 43km/hr and it cost $ 1.1 Billion Dollars. 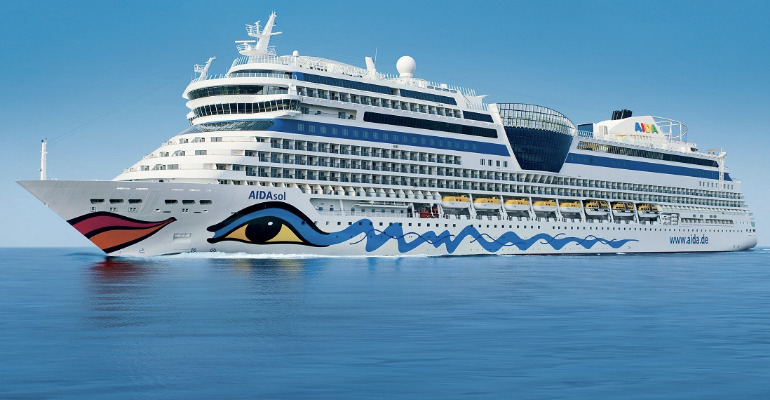 The Aidanova is the first cruise ship that runs on liquefied natural gas. The 337 meter long ship weighs 183,900 tonnes. It has 20 decks on which 6600 people can travel at a time. It also has a sauna bath, two private wellness suites, 80 spar centres, 3 waterslides, a water park, a clinging garden and mini golf course. The ship has a maximum speed of 49 km/hr and $ 1.04 Billion Dollars was spent to build it.

4. OASIS OF THE SEAS 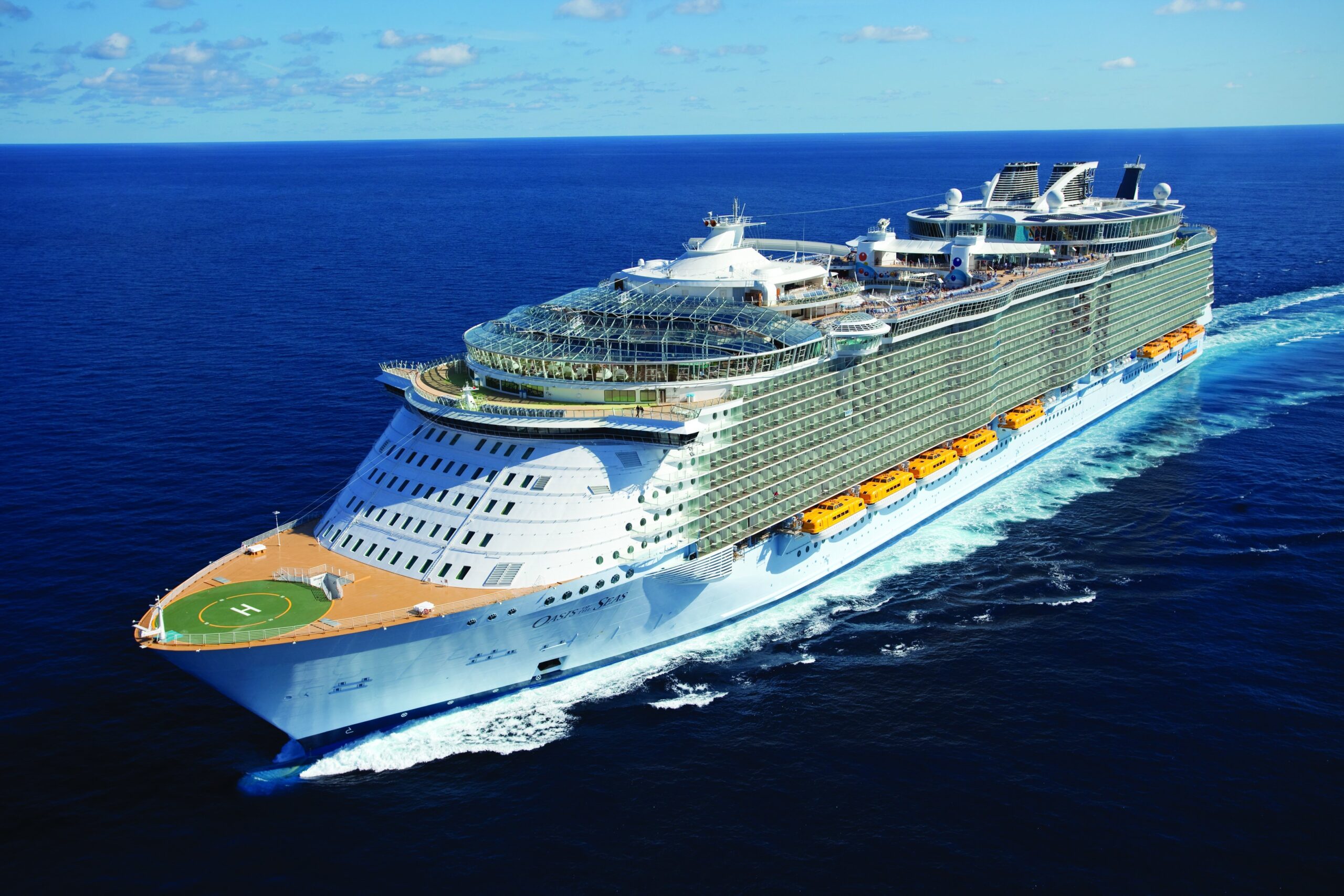 The ship is operated by the royal Caribbean Sea international, the largest ship in the company in which 5400 people can travel in one time. Weighing 220,000 tonnes it has a length of 361 meters. The ship has 16 passenger decks fitted with 24 elevators for landing. The ship has a hotel, swimming pool, a central park, a theatre pool, volleyball and basketball courts and a rope climbing wall. Not only these but you can also enjoy water surfing on this ship. The ship has the highest speed of 43km/hr and about $ 1.2 Billion Dollars were spent to build this ship.

3. ALLURE OF THE SEAS It was built in 2010, for Royal Caribbean Sea International by South Korean company STX. The sheep has a length of 360 meters. It weighs 225,228 tonnes and 5600 people can travel on this ship at one time. It has 2700 rooms for passengers and 28 luxury suites and a central garden built at a cost of $ 1.34 Billion Dollars.

2. HARMONY OF THE SEAS 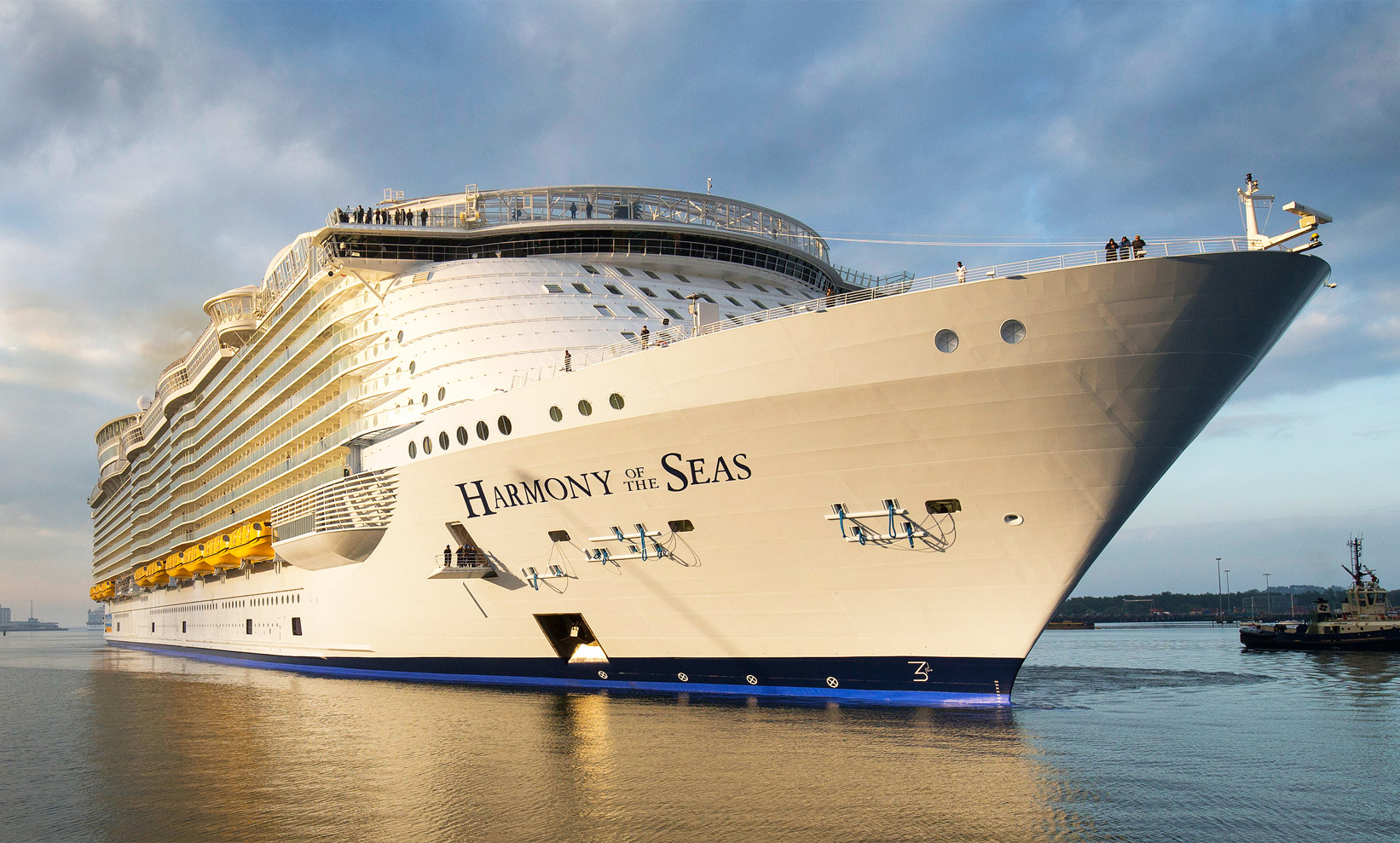 The ship weighing 120,000 tonnes can travel with 8500 people at a time which includes 6360 passengers and 2100 crew members.  Built by Royal International at a cost of $ 1.26 Billion Dollars. This floating city has 16 different decks and the highest speed of this ship is 46 km/hr. The ship has facilities such as rope slide, mini golf course, casino and a theatre besides 12 restaurants, swimming pool, and visual balcony.

1. SYMPHONY OF THE SEAS 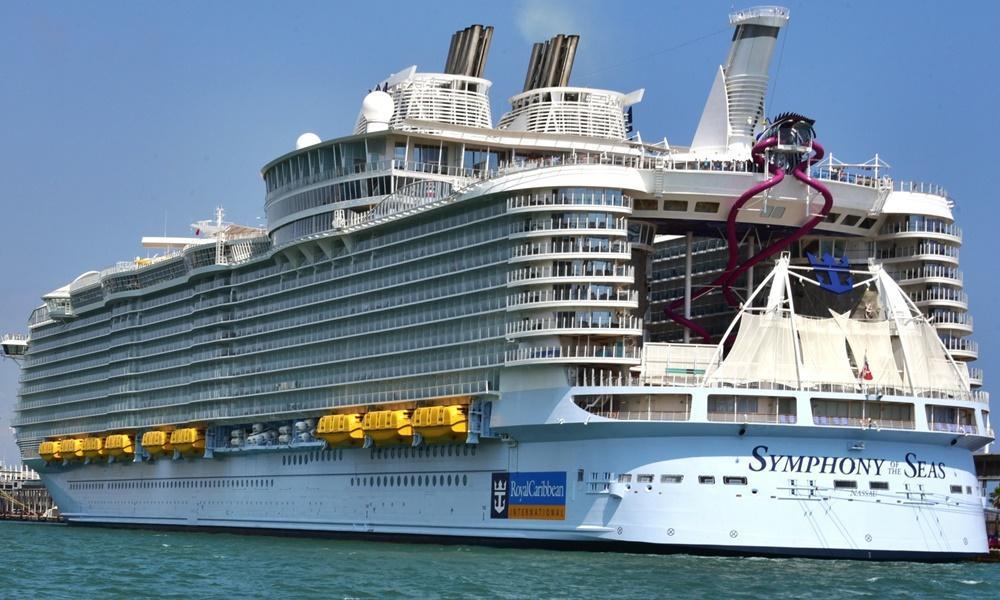 It is the largest cruise ship in the world and Royal Caribbean International incorporated it into its fleet in March 2018. In it 6680 passengers and 2200 crew members can travel together. The 362 meter long and 66 meter wide ship weighs 226,936 tonnes. There are a total of 18 decks and 21 different restaurants on this cruise. There are also shopping malls, cafes and amusement park, theatre, dancefloor and 24 swimming pools in it. Apart from these, a full size basketball court, gym, ice-skating ring, a water park for children are also seen on it. There is also a central park which has more than 20,000 tropical plants. It runs at a maximum speed of just 46 km/hr and about $ 1.3 billion Dollars were spent to build this spectacular ship.