Top 10 Most Dangerous Countries for Women in the World 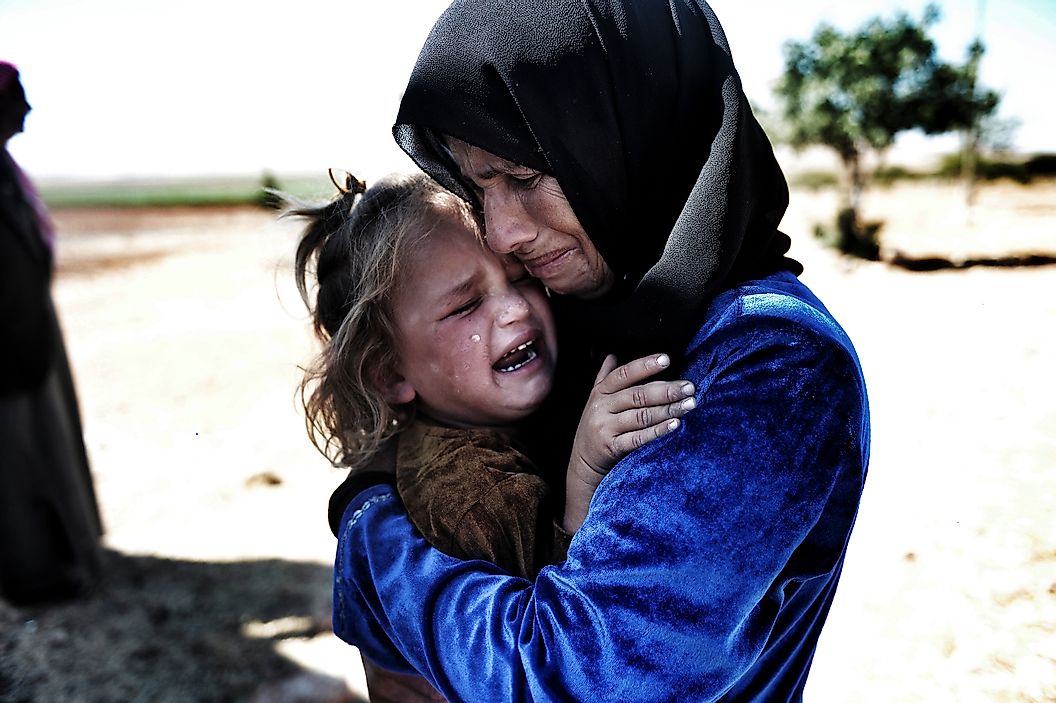 Nearly ten years after Gaddafi’s overthrow, Libya has failed to put an end to violent conflicts that have plagued the country in the past. As a result, women have lost ground in their fight for political and legal equality. Tens of thousands of people have been displaced by the fighting, the most of them are women and children.

The problems that women in settlement camps confront range from lack of privacy to safety to harassment by paramilitary groups and the police. In addition, the conflict has increased the danger of gender-based violence, forced prostitution, and sexual harassment for women. In addition to settlement camps, GBV and sexual violence are pervasive across Libya, the majority of which go unreported.

Women are kidnapped from the streets or their houses and are then raped and subjected to additional sexual assaults. Rape is used as a weapon of war in wars to intimidate, punish, and forewarn the opposing side.

Mali has a high rate of violence against women, although social norms and religious discourse frequently ignore the problem. In Mali, one in two women between the ages of 15 and 40 had experienced physical or sexual abuse, and 79% of women think that violence against women is commonplace.

Women rarely disclose this kind of abuse against them, and when they do, the community puts pressure on them to drop the case before conviction.

In Mali, although it is against the law, forced marriage frequently occurs, with young girls being coerced into such unions. The percentage of girls under the age of 15 who were pushed into early marriages is over 20%. In addition to violence, FGM, which is performed on over 90% of women, is another hazardous traditional practice that most women are likely to experience.

Violence has plagued the CAR for many years, mostly between the government and an armed non-state group. Not only have government activities been hampered by the violence, but millions of women across have also been impacted. Children and women have been compelled to leave their homes and seek refuge in IDP camps and other nations.

The main concern for women in the CAR is sexual violence. Armed gangs frequently take advantage of women and girls by sexually abusing them across the nation and in settlement camps.

Of the 9,200 incidents of gender-based violence documented in 2020, 24% were sexual assaults, which were primarily committed by armed organizations and the remainder by individuals the victims knew. Sometimes women are tortured by the military and armed organizations to uncover the where their sons or husbands are.

7. The Democratic Republic Of The Congo

Due in part to the ongoing conflict and customs, the DRC is the second most dangerous country in Africa for women. The women experience violence, including physical, emotional, and sexual assault, as well as discrimination.

Rape and other forms of violence against women are tools utilized by communities in the DRC. Over a million women have been raped as a result of the decades-long war.

Over 50% of women in the DRC have experienced domestic abuse, and 40% have been hurt or intimidated, according to UN Women Africa. In the DRC, almost 39% of women under the age of 18 were forced into marriage. In addition to abuse, women engage in damaging cultural practices like FGM.

Women are compelled to because of acute poverty and a lack of employment perform labor in adverse circumstances, such as in mines. 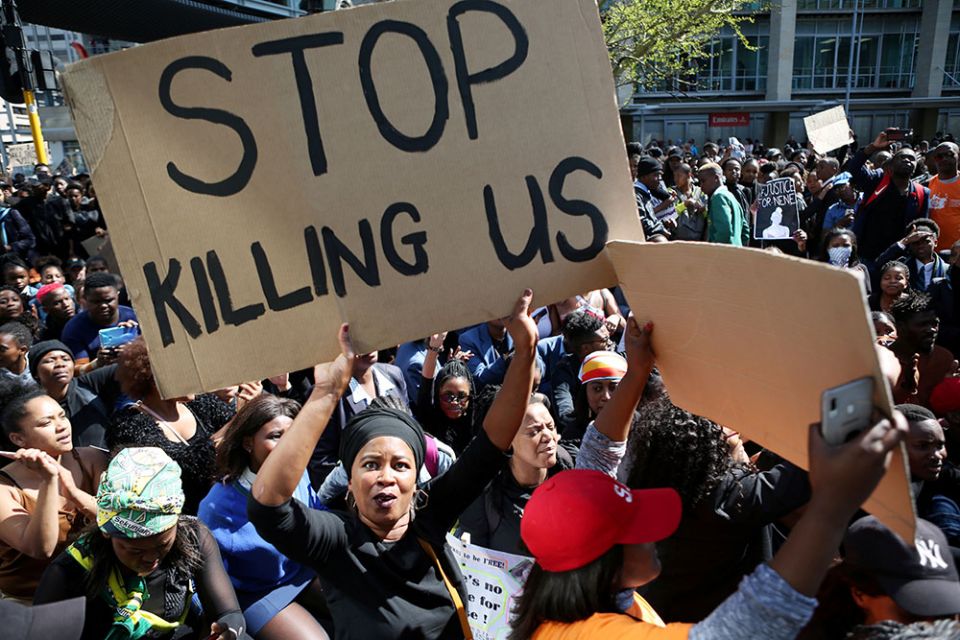 Although all abuse and violence against any gender is prohibited by the Iraqi constitution, the penal code discriminates against women by allowing husbands to beat their wives. If the perpetrator marries the victim, they are likewise free from punishment under the penal code.

In order to avoid “bringing shame” to their families, the victims are frequently persuaded not to disclose sexual assault and violence to the authorities. Instead, they are urged to look for a different, frequently biased resolution method.

The same rule permits females as young as 15 to get married as long as the judge approves the union, despite the fact that it stipulates that only people 18 and older may get married.

As it relates to inheritance, divorce, and child custody, family law discriminates against women. In some situations, a woman’s testimony in court is half equivalent to a man’s testimony. Human Rights Watch reported in 2014 that thousands of women have been imprisoned in Iraq without being charged.

With almost 6,000 women forced to commit suicide or slain in Iraqi Kurdistan in 2007, honor killing poses a severe threat to women in that country as well.

The violence in South Sudan exposes women to all kinds of wickedness, making it the most dangerous place for women in Africa. Millions of South Sudanese have been uprooted by the war, mostly women and children, putting them at risk of famine and other risks.

The most personal violence occurs in the frail newest country in Africa, where it occurs at a rate of 47%. Girls and women experience a lot of violence and have few options for reporting crimes against them. Due to soldiers’ use of torture and sexual abuse as a tactic in the continuing civil conflict, violence against women has increased.

Rape is used as a weapon of war in South Sudan. Several women have been abducted, sexually assaulted, and made into slaves. In addition to violence, women have little access to financial and economic resources and are hardly represented in positions of leadership.

Domestic violence, discrimination, and traditional, religious, and cultural practices all pose threats to women in Pakistan. Sexual assault and physical abuse against women are both prevalent, typically committed by intimate relationships. Over 5,000 women die each year as a result of domestic abuse in Pakistan, where more than 70% of women experience it.

746 honor killings were reported across the nation in 2017. Girls who are not Muslims are frequently kidnapped, mistreated, coerced into becoming Muslims, and then married off. Pakistani women experience the worst discrimination and the least access to cell phones of all the South Asian nations. In Pakistan, only 7% of women and 35% of men have bank accounts.

In the war-torn country of Syria, women and girls suffer a variety of difficulties in their daily lives, with those in the northern and northeastern regions facing grave dangers. Both security troops and extremists who abuse and deprive them of their rights attack Syrian women.

With the majority of female inmates being refused access to medical care, the Syrian government has imprisoned over 3,000 women in worse conditions.

Because their male relatives have not been located, several women and girls have been held as hostages.

By requiring girls and women to wear the hijab and abayas and punishing those who do not comply with the dress code, extremist groups like Jabhat al-Nusra and ISIS violate their freedom and human rights. Syria ranks third in the world for the risk of sexual assault on women, according to a 2018 Reuters report.

Even 20 years after the Taliban were driven from power, Afghanistan remained one of the most hazardous places for women. For the millions of women in the nation, the most recent news of the Taliban gaining control of Kabul is terrible. Girls’ and women’s education was forbidden under the Taliban’s rule.

The country is still perilous for women and girls, despite the fact that they have acquired some freedom under the current rule. 90% of women report suffering domestic violence, making it the most common form of abuse for women (WHO 2015 report). Murder, physical, psychological, and verbal abuse are all examples of domestic violence.

Girls who are subject to their fathers’ authority and women who are married have restricted freedom of movement. Despite being employed at all levels throughout the nation, women make up less than 20% of the labor force and are typically paid less than males for equivalent work.

The prohibition against marrying a foreign non-Muslim and forced and planned marriages are two further types of discrimination against women.

The most hazardous country for women is Yemen. In the patriarchal society of the Middle Eastern country, women are exposed to various types of discrimination, including unfavorable stereotypes, economic disparities, and discriminatory legal systems. In Yemen, the majority of cultural, social, and economic rights are not granted to women as of 2017.

They are restricted from using all of their civil and political rights. Laws that are discriminatory also affect women. For instance, a woman is entitled to half of the blood money that a man would receive.

The law also forces women into early marriage, forbids them from leaving the house without their husbands’ consent, and grants males the freedom to have sex with their spouses anytime they choose without granting the same freedom to the wives.

Girls are less likely to attend school than boys are due to early marriages and other forms of prejudice. Yemeni women’s situation has gotten worse due to the country’s present predicament.

How to become a Professional Photographer