Home GENERAL Uncharted: How do the games and movie compare?
GENERAL

Uncharted: How do the games and movie compare? 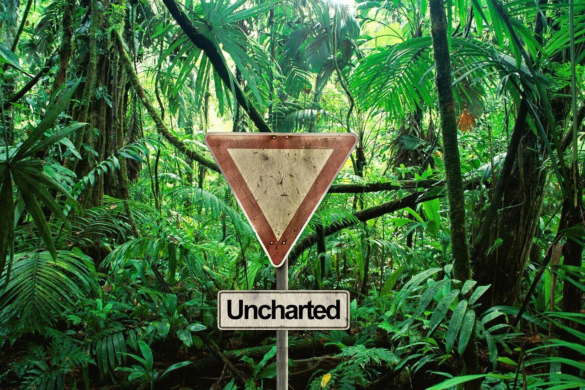 We’re almost halfway through 2022, and we’ve already seen some of the finest film releases. The new Doctor Strange, Fantastic Beasts and Dumbledore, and, of course, Uncharted, the most anticipated game-movie remake. The movie has only been out for a short time and already, people are seeing some major differences between the video game and the movie. The film stars Tom Holland, who plays Nathan Drake, and Mark Wahlberg as Victor Sullivan, or “Sully”.

Given that there are nine Uncharted games, it’s only natural that this film had to eliminate certain scenes and tweak a few story aspects. While there are other variations between the games and the film, these are the most important ones to be aware of.

Sully is a Friend, Not a Father Figure

The age gap between Nathan and Sully in the game is large enough that the two establish a faux father-son connection. This is especially true given that they met when Nate was a teenager. Sully observes Nate’s development and the two form a close friendship. However, in the movie, Nate doesn’t meet Sully until he’s in his twenties, and Sully’s character doesn’t appear to be much older – maybe in his forties. This puts them on a more even playing field throughout the film.

Both Nathan’s Parents are Gone

Both the movie and the game respect Nathan Drake’s status as an orphan. However, the fourth game delves further into their parents’ backgrounds. The decision to have both parents die in the film may become an important reference later in the series if they continue to create movie sequels, but only one of their parents dies in the games.

The fourth game recognizes that their mother—an archaeologist herself who instilled an interest in history in her sons—died from a sickness when their father was alive and healthy enough to care for his children, but he still ends up placing them in an orphanage.

One of the most noticeable differences between the game and the film is that the film does not contain Elena. She’s a journalist who plays an important part in the game series, albeit she doesn’t appear until later. Who knows, she might feature in a subsequent “Uncharted” film, especially since she marries Nate in the game, although from this first rendition of the movie she is completely absent.

Nathan is Younger in the Movie

Nathan is about 25 years old, which is much younger than in the Uncharted video games. The video game character is significantly older than the movie version due to the series’ various games taking place over several years. According to the internet, Nathan began his first journey in the game Drake’s Fortune when he was 31 years old. Every following game after this adventure portrays Nate growing older and nearing his mid-late 30s.

While Nathan and Sully are original characters, the Uncharted film introduces two new characters in Santiago Moncada and Jo Braddock. Santiago has an intriguing link to the mystery because his family essentially sponsored the Spanish Inquisition, and he believes the gold Magellan discovered is legally his. His presence in the film, however, serves as a reminder that ancient relics do not belong in the hands of a single individual – a lesson Sully learns at the end.

The Movie is Less Violent

Uncharted is, at its heart, a video game that mainly relies on firearms. The game’s characters are continuously pulling out weapons to kill other characters. The film takes a more light-hearted approach to the narrative, with less violence. It’s still a bit violent, but not as much as the game. The movie is not just for adults though, it can be enjoyed by ages thirteen and above.

So, which is better? The movie or the game? Neither! The game has been a part of our lives for many years, and watching our favorite characters come to life on the big screen makes us want to revisit the initial video game. Movies and TV programs often inspire game creators, not just for consoles but also for online games such as online slots like Gladiator or Jumanji. By reading online casino reviews, you can find the best casino out there for you and make sure you are playing at a safe and secure online casino. You can also check promotions and bonuses they may have to offer and with the stroke of a button, you may uncover a plethora of slot games based on an experience similar to Nate and Sully’s.

How Do The Games and Movie Compare?
0
FacebookTwitterPinterestEmail

Thierry Henry is the top scorer of the 2003 Confederations Cup