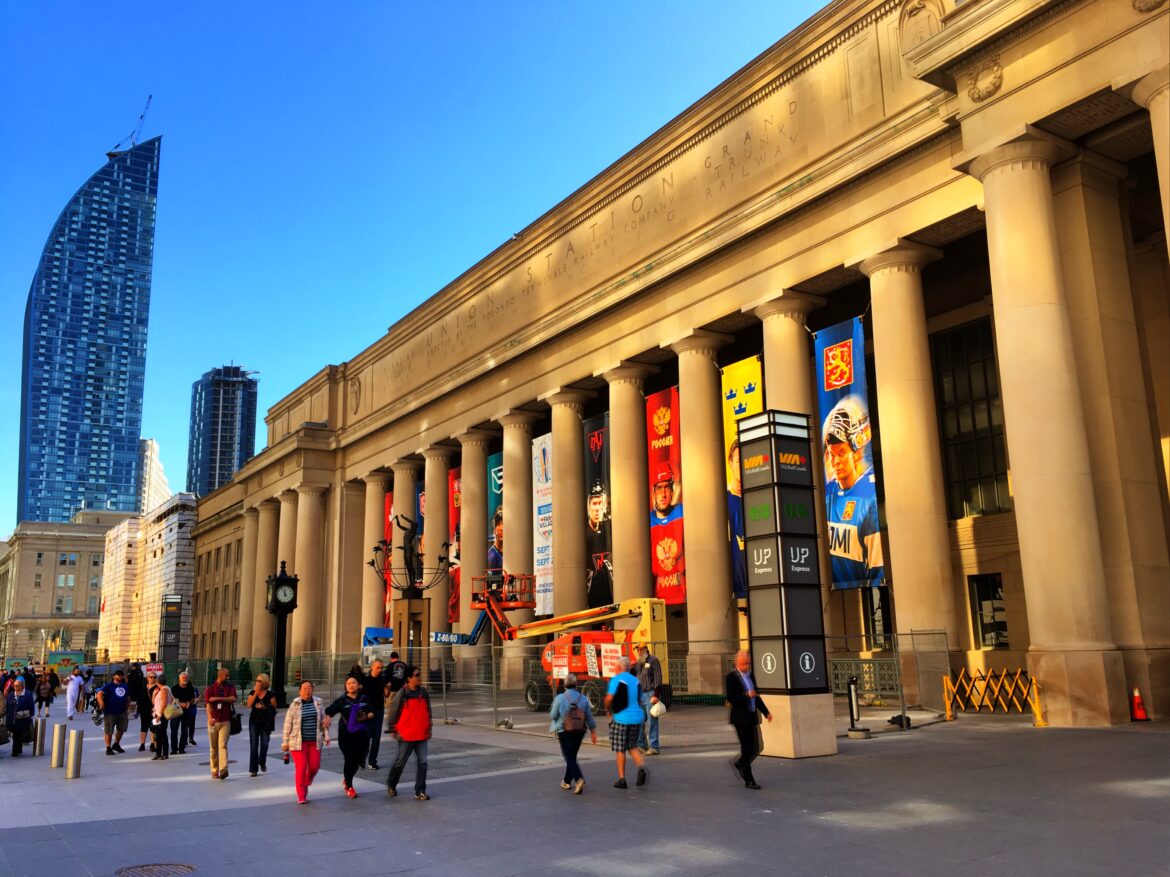 Find below customer service details of Union Station – Toronto, including phone and email. Besides contact details, the page also offers a brief overview of the railway station.

About Union Station
Union Station in Toronto is the largest and most busiest railway station in Canada. Opened in the year 1927, the station is operated by the Toronto Terminals Railway. It has 16 tracks and about 11 island platforms. The station, which was declared a National Historic Site in 1975, offers connections to Union subway station, Union Station Bus Terminal and TTC bus routes. Union Station caters to more than 300,000 passengers a single day.

Located centrally in the business districts of Bay Street and Yonge Street, the station is easily accessible through bus, subway, commuter rail and taxi. Union Station is 0.7 miles away from the center of Toronto. For the comfort of commuters, the station has a tourist information centre, baggage storage, bicycle parking stations, wheelchair access and elevators. If you are driving your own automobile, note that there is no parking facility available at Union Station. However, there are plenty of public parking garages closed close to the station. Lost an item? Report the same at the lost and found department. There are currently three lost and found desks at Union Station.

There are close to 180 trips from Toronto to Montreat, Fallowfield, Ottawa and other places. You can check the train routes and schedule on the respective transport operator’s website. Single journey tickets or travel passes can be purchased through the ticket vending machines at station or through the ticket counter using cash or credit card. Tickets can also be purchased on the website or official smartphone app through Visa or MasterCard.

Besides being a transportation hub, Union Station is also popular as a shopping and dining destination. Open daily from 5:30 am to 12:45 am, some of the popular eateries at Union Station include Calii Love, Greenhouse Juice, Danish Pastry House, The Bagel Shop, Starbucks, McDonald’s, Union Chicken, Tim Hortons, to name a few. The stores are spread across Great Hall, West Wing, Food Court, Front Street Promenade, York Street Promenade, Go Concourse and VIA Concourse. Union Station is also a sought after venue for cultural and musical events. You can track the ongoing and upcoming on the official website. For complaints or queries on security, lost baggage, maintenance, career, or others, reach the Union Station support.