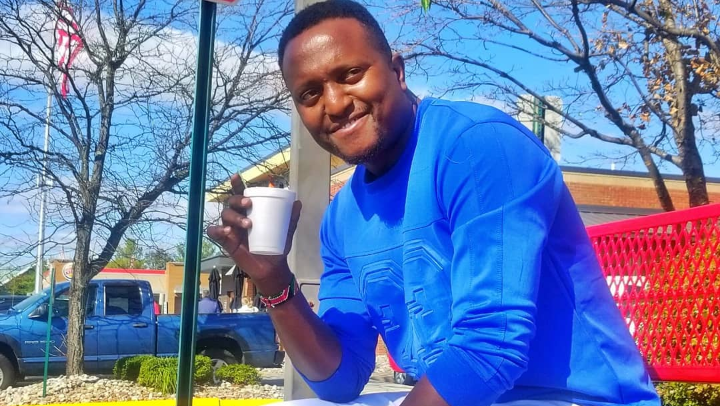 Willy M Tuva is the parent to contemporary music in Kenya whose main goal is to nurture artists ‘ talents thus giving them a chance to the upcoming musician so as to become superstars. He is not only famous celebrities locally but also in East Africa where his show on citizen tv has bridged the whole of East Africa in terms of music and entertainment.

His passion for entertainment started when he was young where he practiced martial arts since he was at his primary school level. When in class seven, there was a teacher who noticed Willy’s love for art and therefore requested a journalism club. His drawing would be pinned on the notice board. He was also an actor and a cartoonist for Leo’s “Katumbilikimo”.

He schooled at Mukaa High School that is currently known as Mukaa Boys and later joined Kenya Institute of Mass Communication where he studied investigative journalism.

Although he made through all interviews till the last round for radio auditions for a radio presenter in KBC, he was not able to get the job simply because he was a second-year at KIMC. Then, later on, he received a call from Citizen for an interview and after pitching his idea he was offered the job for Mambo Mseto show.

Willy M Tuva felt the need to put Mambo Mseto on television after Mambo Mseto had become the number one radio show in Kenya and therefore he presented the idea to Afune, and Wachira Waruru who approved it and hence Mseto East Africa was born. 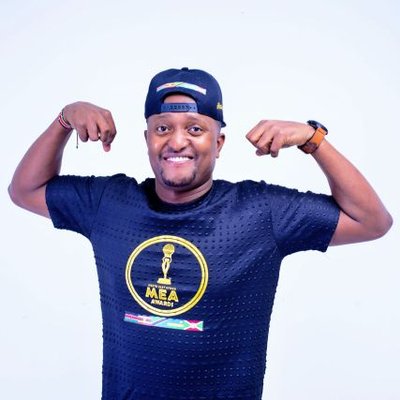 Details about Willy’s date of birth are not known therefore it is not known when he celebrates his birthday. He likes to keep his personal matters away from the public eye making it difficult to know his age, hence this information will be updated as soon as it’s available.

He has a twin brother who resembles him completely. They were born and raised up in Lamu.

He is married to a lady from Tanzania and together they have two children.

Radio and TV presenter Mzazi Willy M Tuva has for many years provided a platform for young, upcoming artists across East Africa to showcase their music.

For such a public figure, Tuva has strived and succeeded in keeping his wife away from the limelight.

Tuva, who has been married for 11 years has revealed the reason behind his wife’s absence from the public eye.

“I’m the one in the public eye. Everyone has their life. She doesn’t like being in the limelight at all, she wants to live an ordinary life and I respect her choice” Tuva told Pulse Live.

However, according to Tuva, she has no qualms with their two children, Tinya and Tanya being in the limelight. 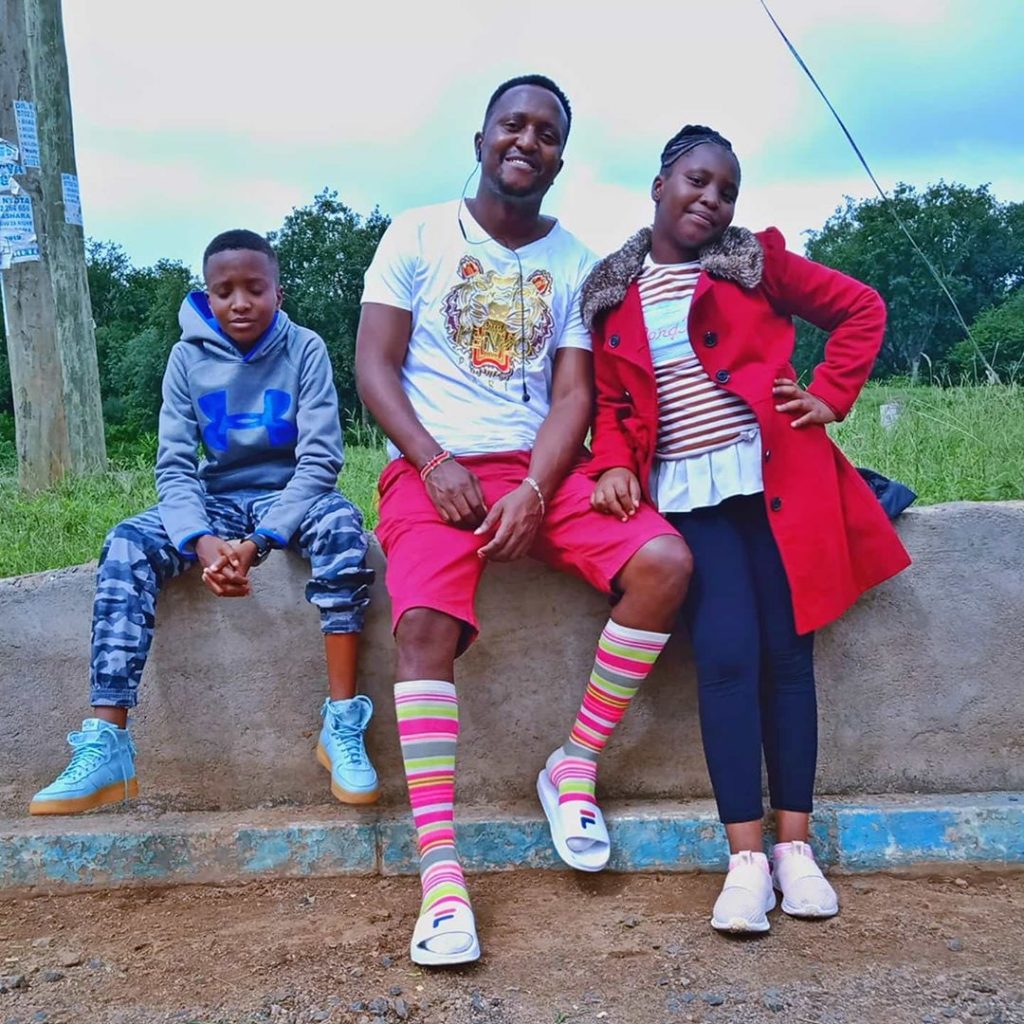 “She is okay with her kids being in the public eye and she is happy about it but she doesn’t want the limelight,” explained Tuva.

Tuva intimated that the harsh, judgemental nature of social media informed her choice.

“You know how the world judges people. Nowadays on social media, someone might just come and destroy your life since you gave them a chance by exposing your private life. I just respect her choice because she doesn’t want to be in the limelight at all” stated Tuva.

Working as a radio presenter, there is no doubt Willy earns a good salary and has been able to accumulate good net worth. However, his exact net worth has not yet been revealed but the information will be updated as soon as it is available.

His biggest achievement is making East African music heard in our local radio stations through Mambo Mseto and Mseto East Africa and having other stations follow suit.

Willy M Tuva named Africa’s best radio, a TV presenter in the US

Radio presenter Mzazi Willy M Tuva has merged as Africa’s best radio and TV presenter during the Muzik Magazine Awards (AFRIMMA) competitions 2019. The media personality best known for his famous Mambo Mseto show which airs on both Citizen Radio and Citizen TV beat other competitors to win the prestigious award during an event that was held in Dallas, Texas, USA, on Saturday, October 26.

Willy M Tuva moved his fans when he penned a touching confession of his inspirational rise from grass to grace. The proud father and TV presenter said his small one-bedroomed house in Umoja Estate, Nairobi only had a mattress and a kikoi which he used as a curtain.

Through a detailed Instagram post seen on Thursday, July 5, the Mseto East Africa presenter explained how during his hustling days, he had to live by faith and not by sight.

“I did not want to begin my life in a bedsitter. I got a house with one bedroom and mastered the faith that one day I would get enough money to furnish it,” he wrote.

The chap bought a stove, two spoons, two plates, and two cups but still clung on his hopes that one day his home would be fully furnished.

Willy further explained how at some point, he trotted through Nairobi trying to bag himself a radio job so as to launch his iconic Mseto East Africa show.

A lot of people turned him down time and again and the journalist was about to give up. However, Willy decided to fast and pray fervently, perhaps a miracle would just knock on his door. By this time, his job as a cartoonist at Taifa Leo gave him the capital he required to purchase furniture and give his house the facelift it deserved.

Mother luck finally knocked on his door and his prayers were answered!

“I had prepared a comprehensive proposal but I knocked on so many doors. I did many auditions, I presented my ideas but with no luck. I almost gave up but I fasted and prayed until after a couple of years when I got a call from Radio Citizen FM,” he wrote.

Willy launched his show and has been on an uphill climb ever since. Truly, dreams surely do come to pass.

I initially came to Nairobi soon after the  1998 bomb impact. I lit at South B where I went through the late evening having gone from Mombasa around evening time. I visited the downtown area the following day yet needed to stop my business since I met individuals strolling so quick and thought there was an exhibition.

With every one of the narratives I had caught wind of nerve gas, being messed up by revolt police or even looted off all the while, I was truly frightened. I was not taking risks thus I jumped into the following matatu and headed back home. I was anticipating the 7 pm news to hear what the shows were about.

Be that as it may, tsk-tsk! I later learned everybody in Nairobi is consistently in a rush. In my initial barely any days as a Nairobian, I likewise discovered that it was very nearly a ‘wrongdoing’ to state ‘howdy’ to arbitrary individuals in the avenues. Individuals would gaze at me as though I was going to take from them. My respectful signal was just procuring me uneasy gazes.

The Nairobi cheats who had the guts to take without trying to hide additionally stunned me. I couldn’t see how one could take a vehicle’s side mirror visible to everyone. Ladies in Nairobi were likewise an incredible sight. How one could walk half-bare while nobody appeared to mind. To exacerbate the situation, it was frosty outside!

I additionally endured a language obstruction and culture stun. The most astounding piece was the means by which one could serenely say: “Hizi Maji ni zangu” (This water has a place with me). To-date I am yet to articulate ‘awful’ Swahili or even talk in sheng.