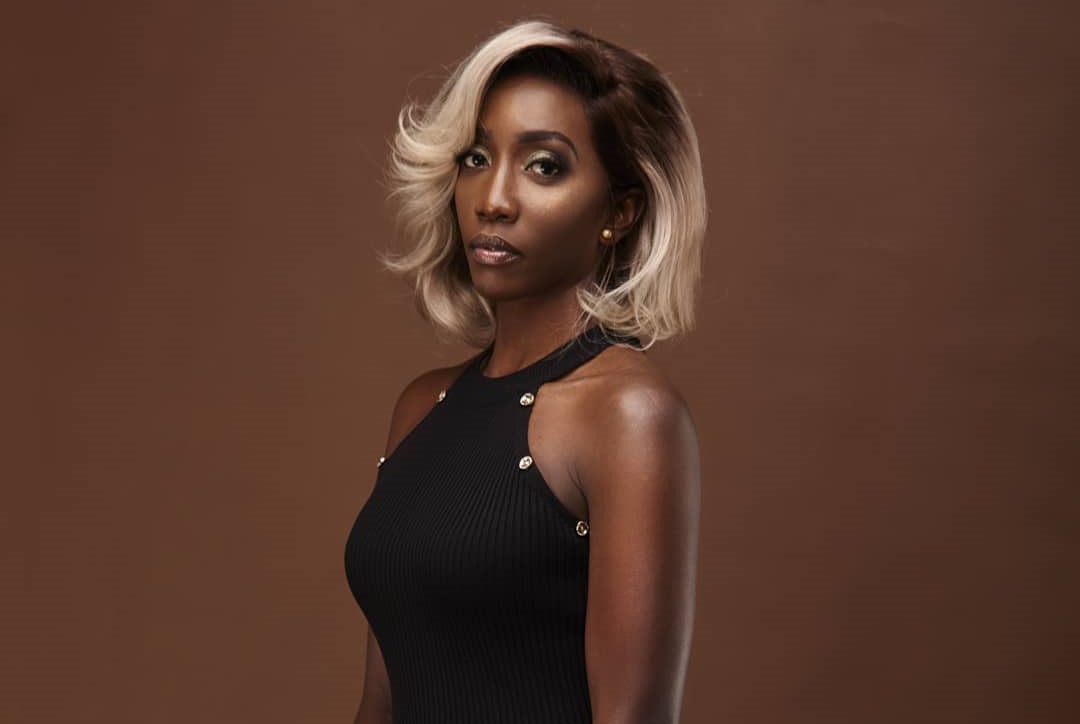 Yvonne Okwara in full name Yvonne Buliba Okwara Matole is a Kenyan media personality. She is a television news anchor at a popular Tv Channel in Kenya.

She went to school at Jomo Kenyatta University of Agriculture and Technology, she majored in  BSc Microbiology, Zoology, Botany, Chemistry

She covered the political party primaries and general elections of 2013, the Supreme Court Election Petition and the inauguration of President Uhuru Kenyatta.

Yvonne Buliba Okwara’s mother is Ms. Esther Ambale Sande. Yvonne is the last born of three siblings. She lost her brother a few years ago, she opened that he was Deafblind.

Her first job was at Walker’s hotel. She was paid sh150 opening time 9 was supposed to go two hours, before opening time till 8 PM stayed till 10 PM to get full payment.

Yvonne Okwara worked for Kenya’s Television Network, KTN, as a Senior Anchor and content producer. She hosted a Sunday night talk show ‘Checkpoint’, where she moderated analysts in a no-holds-barred assessment of the week’s biggest stories. She was also the Head of News Anchors at KTN.

She has also moderated several regional and international meetings, including the Conference of African Finance Ministers in Abuja, Nigeria in March 2014.

She was about 10 years old when she started hosting the KBC’s children variety show.

In 2008, she became a Radio Talk Show Producer of QFM. Even as a producer she would do voice-overs for Money Matters, a business show on NTV.

Nation Media opened up QTV and she again signed on as a producer but in November 2012 she moved to KTN.

Okwara is a married lady. She is married to her current husband, Andrew Matole Konde, a veterinary surgeon who was previously married to Alice Manyole Matole. Yvonne and Andrew had three children Linda, Faith, and Emmanuel.

After dating for quite some time, Andrew Matole and Yvonne tied the knot on the 6th of December, 2014, in an invite-only wedding held at Crown Plaza Hotel in Nairobi.

However, there were rumors that the wedding venue had to be changed several times after some of Andrew’s mistresses threatened to disrupt the wedding ceremony. Pastors at NPC Valley Road Church denied officiating the wedding since he has not officially divorced his first wife Alice. 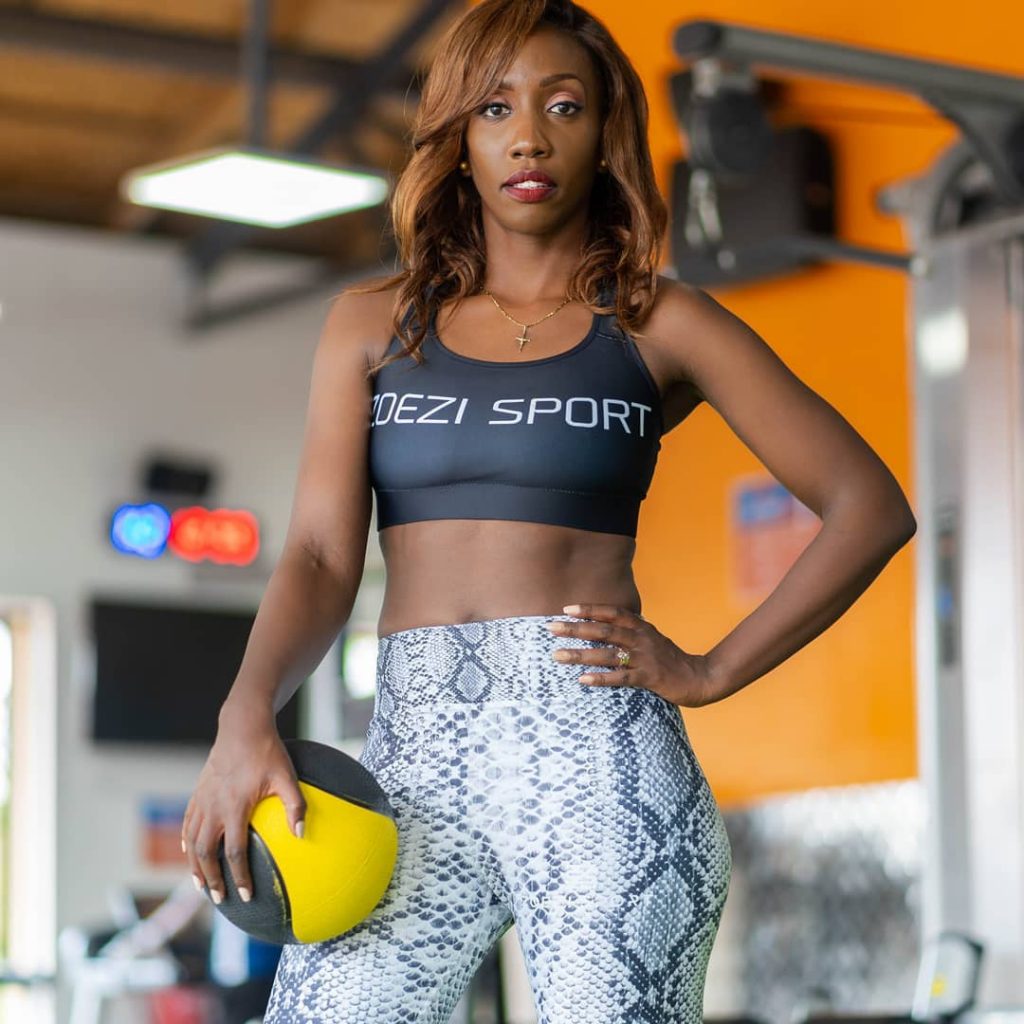 Up Close With Yvonne Okwara

Yvonne Okwara, a household name in Kenya, who has been in the media industry for over 10 years, is a darling and role model to many. During an interview with Insight magazine, a publication of The Standard Group, Yvonne talks to Joanne Wanjala about her career, family, and plans.

Yvonne described herself as ambitious, analytical and self-driven. She also admitted that she seeks to speak truth to power through journalism. When asked if she considers herself to be a successful journalist, her answer was yes and no. Yes because she believes her voice has managed to bring to news production in her 11 years in the newsroom. Yvonne, who started in Radio at Royal Media Services, has held other positions including a news producer, a show host and an anchor. She at one point worked at Nation Media Group where she started the show, NTV This Morning. Yvonne, however, admits that she has realized her greatest growth and breakthrough in the last five years while in KTN.

But where did her passion for the screen begin? Her passion began when she was only 8 years old back at KBC. She used to present a Children’s Variety Show and also did a variety of voice-overs. No, she is not a successful journalist yet because she is continuously improving. She is not there yet.

On the opportunity to be one of the key interviewers during the 2017 Presidential Debate, she admits it was one of the greatest opportunities she thanks God for. Talking about the whole experience, Yvonne admits that she was nervous which was a good thing was since the adrenaline prepared her to put her best foot forward. Luckily for her, she had met almost all the candidates’ forehand during KTN’s “Meet the President” show. On how she handles nervousness, she said that whenever she is nervous, she zones out for an hour or two to reflect and internalize any task ahead of her. That way, her mind can clear.

When it comes to handling criticism and failure, Yvonne genuinely thinks she’s a little bit too hard on herself. She, however, takes failure as a learning point since what defines us is how well you pick yourself up after a fall.

On marriage, she admits that her husband, Andrew is her number one fan and critic. They celebrated their third anniversary in December. So far it has been beautiful for her and she thanks God for a supportive family.

Yvonne, who is so vocal on matters to do with people living with disabilities attributes this cause to having a brother who is disabled hence having been affected at first level. Her brother, Albert Okwara was born deafblind close to 50 years ago. This then has been a huge responsibility to all the family members and something that has made her learn how lonely the world can be in the world of the disabled especially in a world with high levels of ‘perfection’.

Yvonne hints that she is working on a plan that will create a platform for outreach and advocacy and support families of people living with disabilities. She is working with Daddy Owen to make Mulika Awards bigger. The awards seek to celebrate and honor those who are making a difference despite their challenges.

Her advice to upcoming journalists: Be yourself. You do not need to try to be someone else. You don’t have to be a size 0, light-skinned or develop a fake accent to be a news anchor.