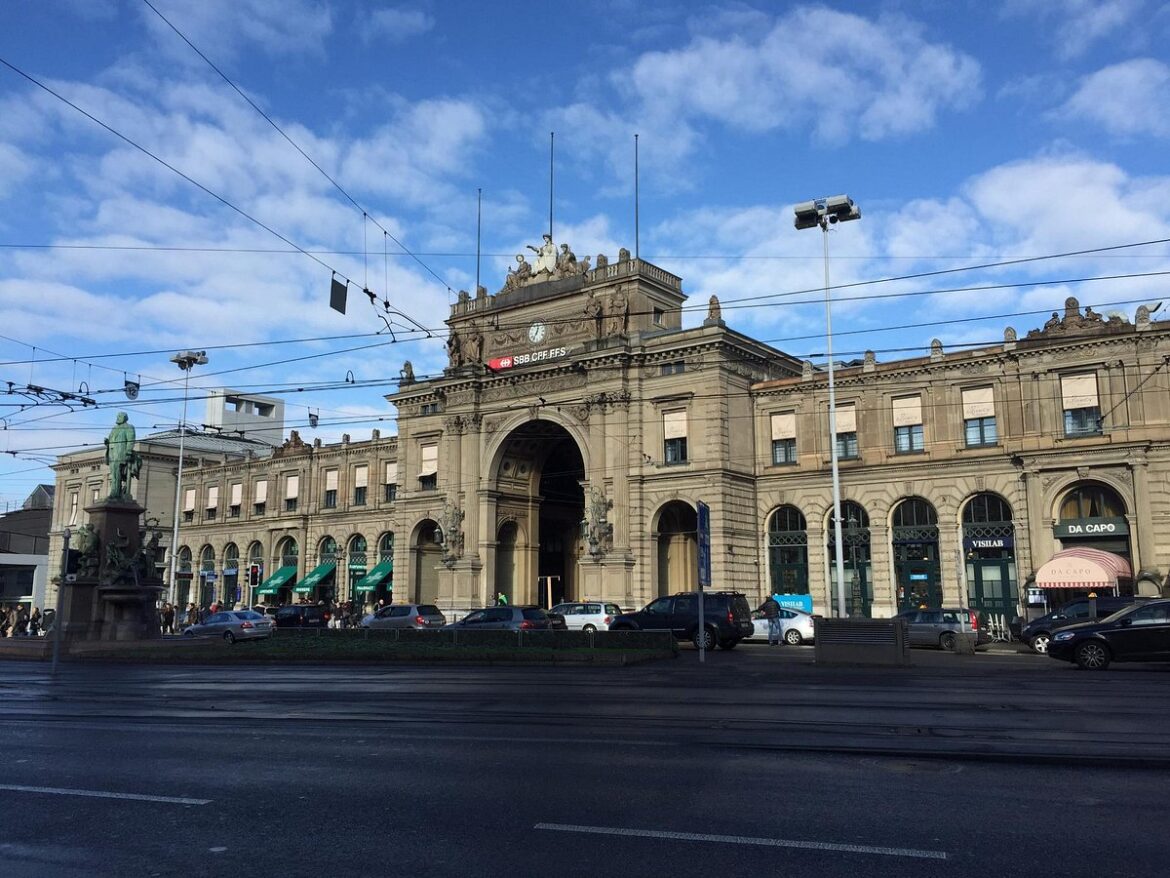 Find below customer service details of Zurich Hauptbahnhof, including phone and email. Besides contact details, the page also offers a brief overview of the Zurich main station.

About Zurich Hauptbahnhof
Located in the center of Zurich, Switzerland is Zurich Hauptbahnhof, the largest railway station in the country, serving more than 15 million commuters each month. The station was opened in the year 1847. There were several renovations since then, the last being in 2014. Also called Zurich Central Station and Zurich HB, the station is owned and operated by the Swiss Federal Railways. It boasts of 13 platforms and 26 railway tracks, the latter which includes 2 underground terminal tracks and 8 underground pass-through tracks. The major lines at SBB-station consist of Zurich-Brugg, Zurich-Winterthur, Lake Zurich left-bank railway and right bank railway line. At SZU station, you have Sihltal Railway and Uetilberg Railway. From Zurich Alstetten there is Zurich-Zug and from Zurich Oerlikon there is Zurich-Bulack and Zurich-Wettingen. The various connections offered for commuters include the ZVV public transportation system, VBZ trams and trolley buses.

While at the station, you can see the departure board to know the train and platform it is departing. There are ticket counters from where you can book tickets or make enquiry. A more convenient way of planning your travel and booking ticket is directly on the official website. The Timetable section lists all the train’s departure and arrival for any specified date. One of the busiest stations in the world, you have trains departing every few minutes to destinations within Switzerland and also to travel across Germany, Italy, France, Spain and Austria. There are also direct connections from many cities throughout Switzerland, and also regular services to airport. Most commonly traveled destinations from the station include Geneva, Bern, Basel, Milan, Munich, Paris, Salzburg, Vienna and Amsterdam. You can track the schedule from the website as well as SBB smartphone app. Also know the live status and track any delay.

Coming to tickets, you have a number of travel passes and point to point tickets to choose from. The rates vary according to distance, frequency of travel and ticket type. Some popular travelcards and tickets include GA Travelcards, Half-Fare Travelcards, Regional Travelcards, Supersaver Tickets, 1 Day Travelpasses, and SwissPass. There are tools available on the website to help you choose the right travelcard and ticket, and save on fare. Tickets can also be purchased online through Visa, MasterCard or online banking. Besides travelcards and tickets, you can also purchase parking tickets for bicycle and car. Commuters can reserve seats online for up to five passengers for journeys within Switzerland. If you have a change of plan, you can cancel and request for refund. There might be reduced fee for cancellation of tickets issued through special offers.